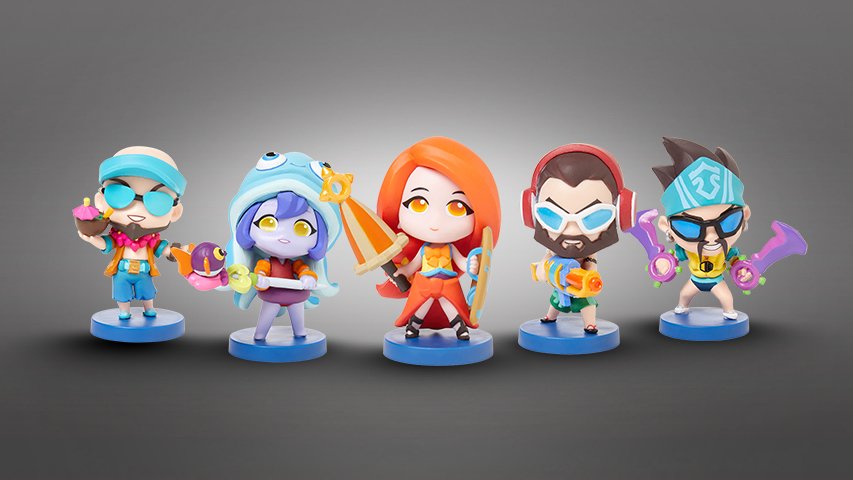 Summer may not officially start for another week, but Riot Games is already preparing fans for the seasonal heat with a new line of merchandise items—some of which are limited edition, so fans better act fast.

Pool Party is coming in hot this summer. For starters, Riot has launched a new, limited edition set of mini figurines including Lee Sin, Graves, Leona, Lulu, and Draven all dressed in their Pool-Party attire. The set costs $35 for all five characters, but fans can add mini Pool Party Renekton to their collection as a stand-alone purchase for $10.

Additionally, the League of Legends developer has released new clothing items for the summer-themed skin line, including a $40 button-down tee and three unique “dad hats” that feature a pineapple, a coconut, or a teal octopus for $30 each. Lastly, fans can pick up a new, limited edition set of three Pool Party pins including a shocked crab, a surfboard, and a green octopus for $20.

Not a fan of the water? No problem. Riot has also launched a new line of cat-themed Meowkai merch, including a new unisex Meowkai onesie for $75 and pair of purple kitty slippers costing $20. Meowkai’s catling is also getting its own chance to shine as a new 8.5 inch plushie for fans to add to their collection.