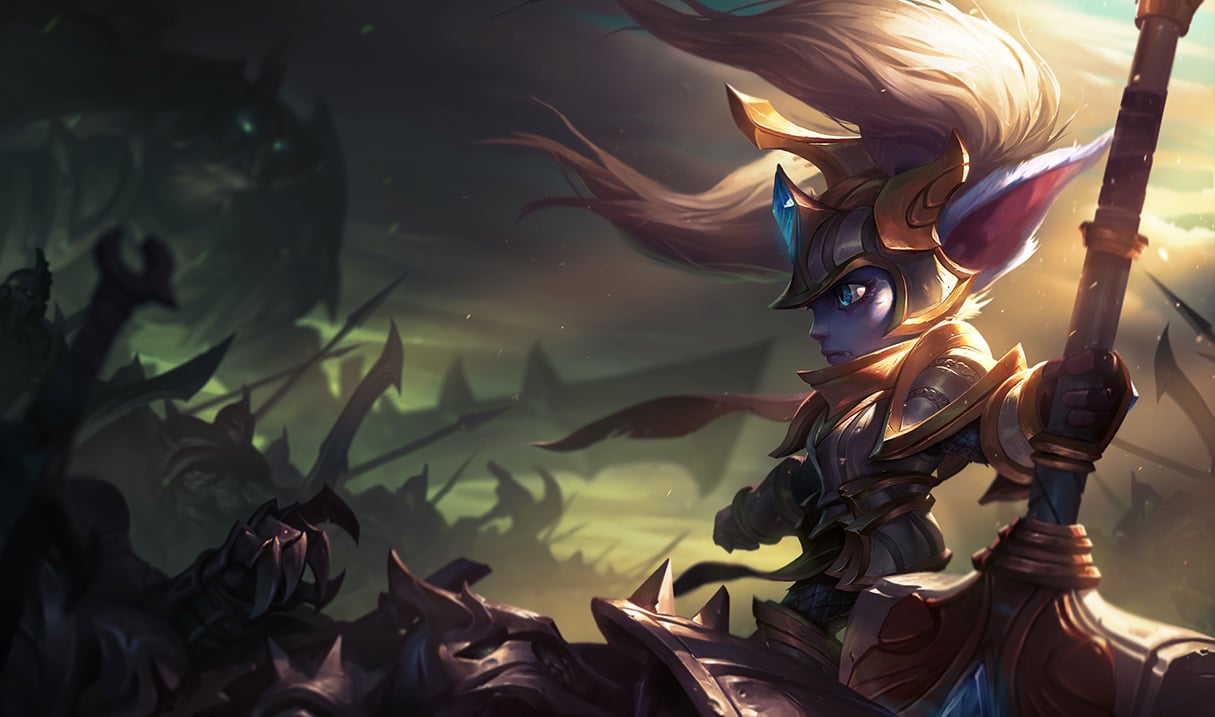 Tanks have been hit with quite a few buffs throughout the last few patches—and it looks like Patch 7.13 will be no exception. Buffs to Poppy and Maokai are on the way, as well as yet another for Trundle, according to the latest PBE update.

It’s even heavier than it looks

Poppy’s hammer may be comically large, but there’s nothing funny about how rarely she’s played nowadays. Later in the season last year Poppy was ruling the meta—but following big nerfs at the start of Season Seven, she’s fallen from grace. It’s tragic, really, that she flopped from being one of the best top laners in the game to one of the worst, but that’s the risk when balance changes go live. Some of them simply don’t work out, and in Poppy’s case, they definitely didn’t work out.

Her winrate and playrate are a depressing 46 percent and one percent respectively, according to League of Legends stats site Champion.gg. Looking at those rather low numbers, it’s clear that she needs some love, so love is what she gets. A buff to her Q, Hammer Shock, just hit the PBE this week, and it may be exactly what she needs. The buff will raise the percent-max-health damage on the ability from seven to eight percent, and while a one percent buff may not seem like much, remember that the aftershock from the ability also deals the initial damage again. Poppy’s ability to peel for carries in teamfights is impressive, but her laning phase is particularly weak. This hike in damage may be what she needs to survive.

The sapling doesn’t fall far from the treant

Maokai’s had a rough couple of months. Before the big Midseason Update in Patch 7.9, he was king of the top lane. Following his rework in that patch, he fell all the way down to the very bottom of both the top and jungle meta. Ironically, though, he underwent the least changes of the three vanguard tanks affected by the update. His saplings and Q received minor system tweaks. But the only skill entirely replaced was his ultimate, and it turns out, he was very reliant on his old ultimate to be powerful.

His new ultimate, Nature’s Grasp, is a slow moving but very large onslaught of roots that come up out of the ground to snare enemies. It looks really, really cool, but that’s about it. The roots move so slowly that the entirety of the enemy team can essentially just walk away from it. And it’s not like it’s a multi-team stun—it’s just a snare, so they can still attack while immobilized. For such a small benefit, the ability’s cooldown is just massively unnecessary, so the cooldown is being reduced significantly in the next patch. That’s assuming the change makes it through the PBE. Another buff was also added to the ability on the PBE on Thursday that will also increase the range of it as well. Will this be enough to help Maokai regain his footing? Probably not, but at least it’s a start.

Troll with the biggest club gets to be king

Trundle is getting a lot of attention in the next patch. In fact, along with the buff that was added to his Q on Thursday, he already received a round of buffs on the PBE earlier in the week. The buff that was added Thursday is just another ring on his buff belt. Fans of Trundle rejoice—you’re going to be able to Chomp turrets again.

That’s right, the ability to use his Q on turrets was removed last year, and it was a big hit to his splitpushing power. That, combined with the attack speed buff from his Frozen Domain, made him a terror to allow to push through a lane. Even if he was being jungled, after getting a kill on a lane, he could help his laning ally easily take down the opposing tower. This buff is less of a big deal than the buffs to his AD draining and Frozen Domain a few days ago, but it’s still significant.

These changes were added to the PBE this week, which means they’ll probably go live with Patch 7.13 in a couple of weeks. With so many buffs coming for tanky top laners, a change in the meta may be on the winds.