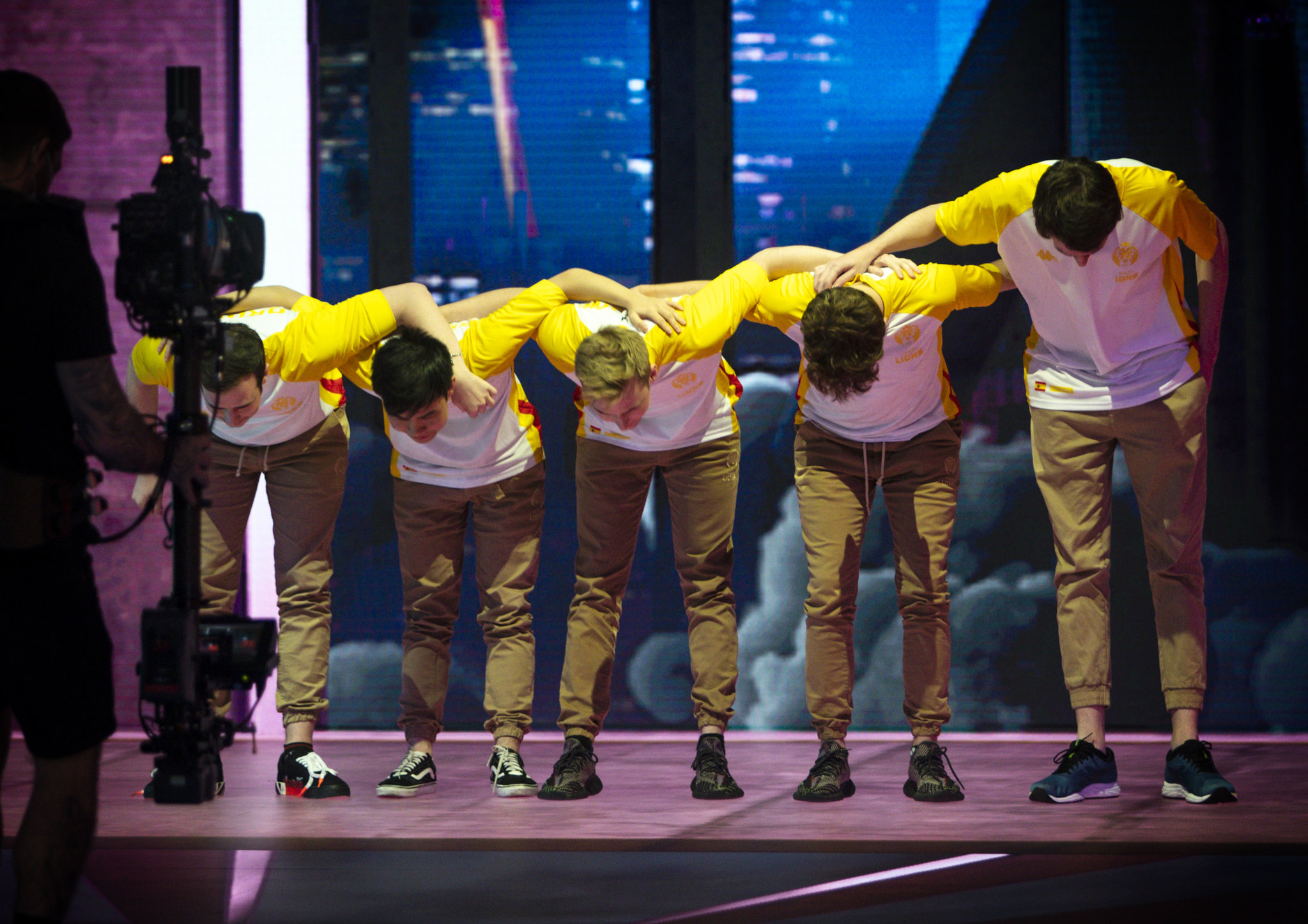 In one of the closest games of the 2020 League of Legends World Championship so far, the LEC’s MAD Lions eliminated the CBLoL’s INTZ from the play-in stage of the tournament today.

After a disappointing start to the play-in stage by both teams, it all came down to this final game to decide who would make it to the play-in gauntlet. MAD Lions’ elimination would have marked the first time in League history that a European team had been knocked out of the Worlds play-in stage and INTZ’s success would have offered some hope of redemption for a team with a historically poor record of international performance. With everything on the line, MAD Lions took a scrappy, 38-minute victory to secure their place in the play-in knockout stage.

This game was hardly the most picture-perfect League, though. Both teams took unfavorable fights, missed key steps in setting up for objectives, and over-forced on leads. But it was an entertaining mess.

The first 10 minutes could have fooled any viewer into thinking that this would be a measured, controlled game won through macro prowess and vision control. Neither team secured a kill until 12 minutes into the game—the latest first blood at the tournament so far.

Once the floodgates opened, however, both teams looked unstoppable. The kills just kept rolling in for both sides, with INTZ taking a 23-minute ace that looked as though it might signal the end of MAD’s group stage hopes. Although MAD were able to claw themselves back to an Ocean Soul, victory truly wasn’t secured until the explosion of INTZ’s Nexus due to the constant back-and-forth that saw teams trading kills, objectives, and towers in a desperate attempt to avoid elimination.

In this game, MAD’s Humanoid maintained Orianna’s 100-percent current win rate with a beautiful performance in the mid lane, controlling and punishing the lack of mobility of the enemy mid lane Kog’Maw pick with a superb flash under INTZ’s tower. His level-headedness secured MAD tower after tower with top lane splitpushing, setting up for Baron and gaining advantages in seemingly doomed moments for the EU squad, while INTZ focused their efforts on the bottom side of the map.

While INTZ’s journey ends here, MAD still have a long way to go if they want to make it out of the play-in stage. They’ll face off against Group B representatives and look to make that all-important gauntlet run. And with LPL representatives LGD falling into the gauntlet and the surprisingly strong performance of the LCL’s Unicorns of Love, MAD will have a hard task at hand if they want to be Europe’s first fourth seed in the main event’s group stage.

After securing third place in Group A of the play-in stage, MAD Lions will play against the TCL’s Papara Supermassive on Sept. 29.