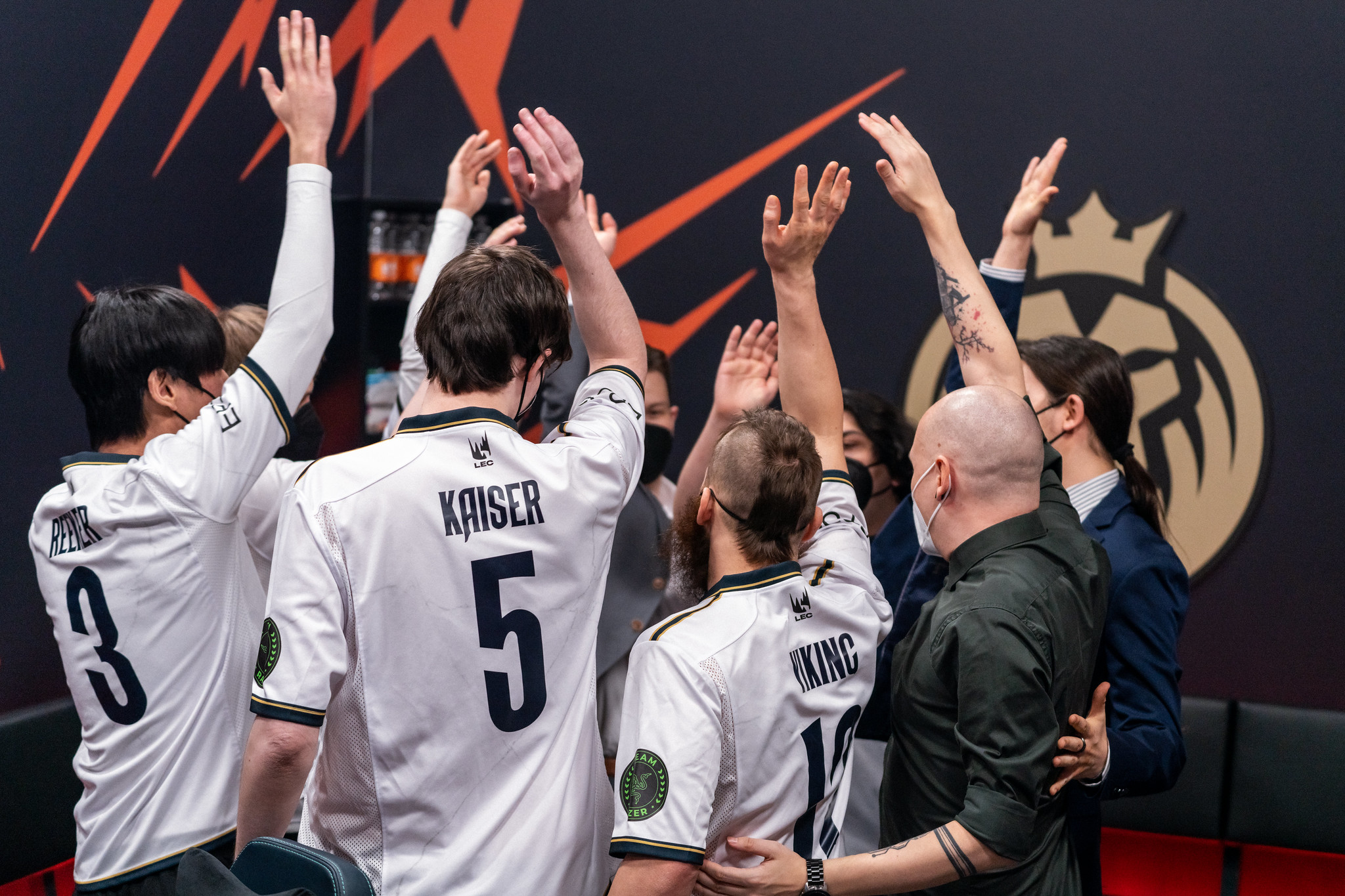 After several tough weeks in the 2022 Spring Split, League of Legends fans were treated to a throwback performance from the reigning European champions, MAD Lions.

The back-to-back LEC trophy winners have been sitting just outside of the playoff picture throughout the season. But today, they showed a glimpse of greatness against Team Vitality to keep their postseason dreams alive.

Throughout the split, MAD Lions have failed to bring the same competitive fire that the League community got used to seeing throughout 2021. Without players like Humanoid and Carzzy, their iconic teamfighting prowess had lessened to a significant degree, especially with two rookies at the mid and AD carry positions.

Today, however, the squad brought out a more comfortable composition against Europe’s most hyped superteam. MAD’s star jungler Elyoya also said that the team was “playing with no expectations,” which allowed them to play without much worry or hesitation. MAD also had a huge collection of crowd control at their disposal, like Twisted Fate’s stun card, Alistar’s knock-up combo, Jinx’s traps, and Poppy’s wall stun and knockback.

Vitality, on the other hand, had the classic Diana-Yasuo combination, which has proven to be one of the best one-two punches in League. But with Poppy’s ability to cancel dashes, they were rendered useless in the mid-to-late game. MAD looked like their old selves with how clean they maneuvered through the late-stage skirmishes by chaining absurd amounts of CC with smart engage timings.

This win represented a lifeline for MAD and their postseason chances. They are, however, still on the verge of becoming the first team in LEC history to win back-to-back championships and miss the playoffs in the following Spring Split. MAD will have to win their next games against Astralis and Team BDS and hope that both Excel Esports and Vitality lose more games throughout the super week.

You can watch their next game when they step onto Summoner’s Rift tomorrow at 11am CT.