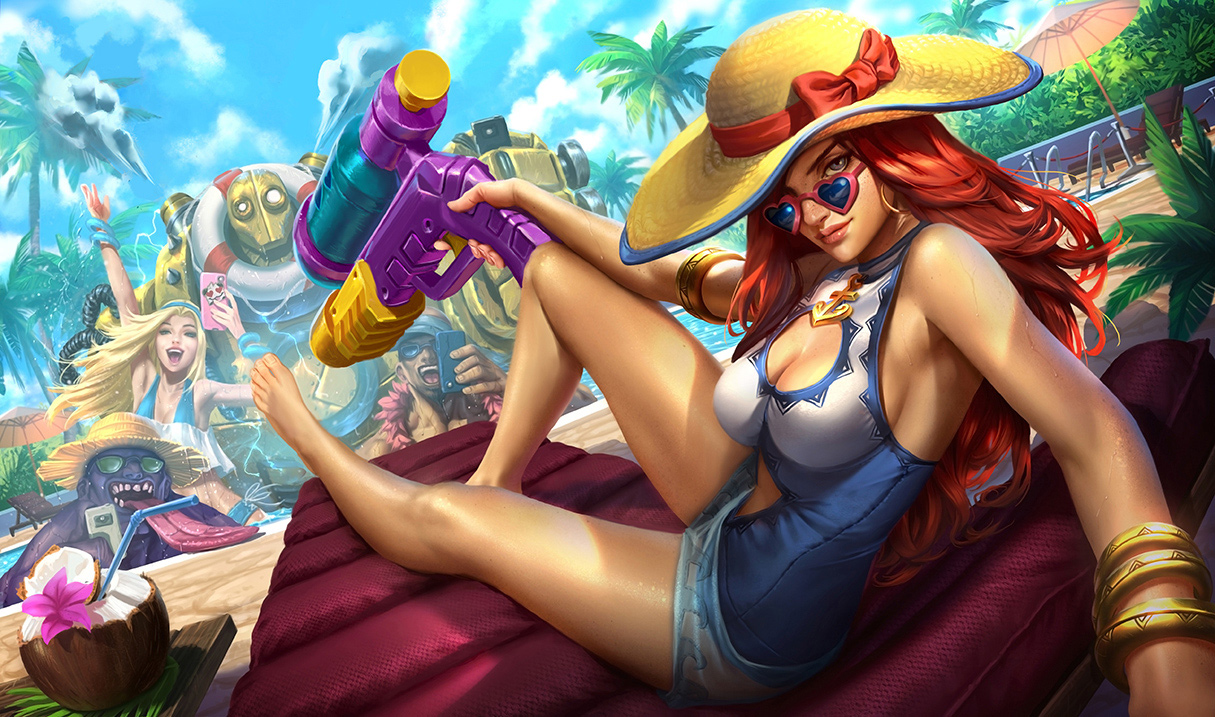 League of Legends’ meta is more diverse than it’s been in a long time, but that doesn’t mean that there aren’t a few champions that still need some special attention before they’re viable. Lux, Nasus, and Miss Fortune are some of those champs—and that’s why Riot is considering buffing the trio in the next patch, according to Riot’s post on the official League forums yesterday.

Lately, it seems like Nasus’ bark has been a lot worse than his bite. A few seasons ago, he was the premier choice for tanking in the top lane, and now that tanks have risen back to at least by viable contenders in the meta, he’s still very lackluster. With a horrid winrate of 46 percent according to League stats website OP.gg, there has to be something horribly wrong with his kit, right? Well, not exactly.

He’s still one of the best splitpushers in the game, and probably one of the very few tanks that can fill that role. His problem, mostly, is that even when he gets his Q all stacked up, he’s still a very immobile tank. Bonking an ADC on the head is still his best use, but enemy supports and tanks do know how to peel and kite him back, and suddenly he’s a lot less useful. He has to be able to hit the frontline a little harder, because let’s be honest, sometimes that’s all he can get his paws on.

The current plan is to add a resistance shred to his E, and then to lower the cooldown on his Q considerably while his ultimate is active. Tanks are building higher resistances now, thanks to the tank item changes a few patches ago. So the increased shred combined with rapid-fire Qs should give him power where he needs it without buffing him to oblivion.

Lux coincidentally also has a winrate of 46 percent, and she’s in a similar position as Nasus. She’s strong in certain scenarios, but outside of her very limited win condition, she’s much less effective. Her win condition happens to be blowing carries up with a single combo. She isn’t always able to do that, especially with supports running shields and heals all over the place in the current meta. If she isn’t able to completely annihilate a target with a combo, all she has left is her shield. We can all safely agree that her shield protects for so little damage that it doesn’t exactly make her useful while her damage is on cooldown.

Riot is looking at buffing her utility, which we assume would extend to her shield, to increase her effectiveness outside just dealing a ton of damage. Possible increases on her slows and snares sound possible as well, but her shield is so insignificant that it seems that would be the first target.

Miss Fortune may be the only champion on this list that doesn’t actually need a buff. Her winrate is an imposing 52 percent, and she’s played often enough to seem like she’s in a decent spot. That’s why it’s strange that Riot is considering buffing her attack speed to help out her auto-attack-heavy playstyle. She seems like she’s doing alright as it is, so any buff sort of seems out of left field.

The changes Riot is considering right now for her were noted as extremely tentative, though, with a moderately high probability that they’ll never see the light of day. If they did, we imagine it’d be less of a buff and more of a tweak, lowering her power in one area to compensate for the attack speed buff.

These changes aren’t even on the PBE yet, but it sounds like they’ll be intended for the Patch 7.15 cycle, which would mean they’d go live in a couple of weeks if they ended up making it through the testing gauntlet.