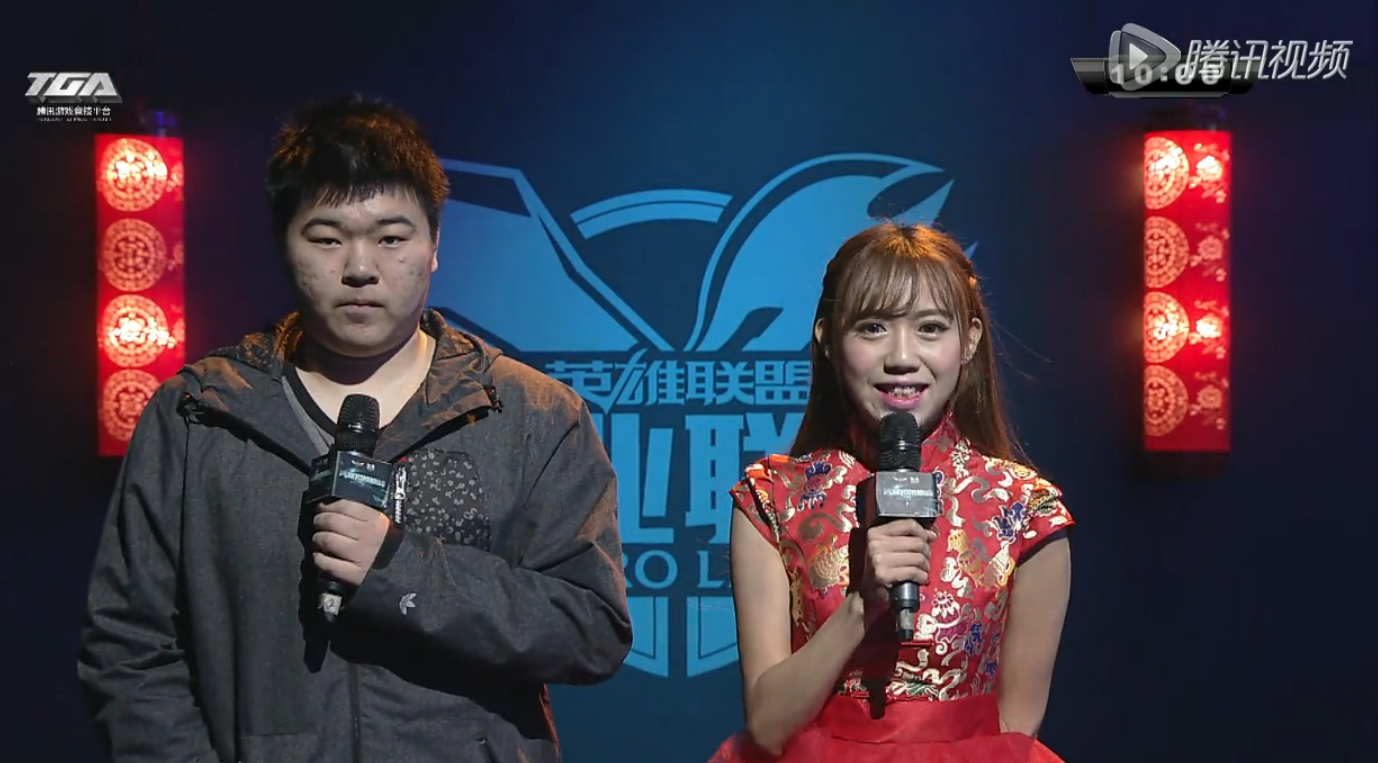 Say hi to everyone!

First, I want to congratulate you. Today, you secured a beautiful 2-0 victory. If I had to describe these two games you played today briefly, it’d be “amazing to watch.” Both games were really exciting! Could you talk to us briefly about the first game? I feel like that one had a lot to do with your team composition.

We1less: Acorn chose Kennen in order to fight Gnar. And I got to lane as Lissandra, who is really OP right now. Our bot-lane composition was also really good. In fact, our composition was a bit inadvertent because we haven’t really used it in practice before.

So you haven’t used it in scrims either?

But by contrast, the results worked out really well for you!

We1less: Yes, because once you force apart the other team’s composition, it’s very difficult for them to fight back.

There was great moment where you managed to hide away from Xerath’s ultimate. Everyone on Weibo was praising you, saying “We1less is too awesome!” I’m sure those who love Lissandra have learned a lot from this game. In the second game, you chose Anivia. What made you choose her?

We1less: My entire champion pool was banned away from me..

Oh, it was because of that? You really had no choice.

We1less: That’s right. VG really seemed to understand us. They banned away my Zed, Ahri and Kassadin.

We1less: And then they took Leblanc so I was wondering what I should pick. So I took a look and realized they had an engage composition, which Anivia counters. Their ADC had no escape and their support had no escape either. So they have to deal with Anivia’s W.

Have you practiced Anivia in scrims?

How do you think you performed on her today?

We1less: I did okay. I think my use of Anivia’s W was a bit lacking though.

It looked like your second game used a lot of champions that aren’t commonly used but the results weren’t too bad.

We1less: Yes, but we didn’t think this was going to happen either.

LGD’s performance last week didn’t look too great. What did you do after the games were over? Did you hold a team meeting?

We1less: Yes, last week, we lost both of our best of twos. We were disappointed and so the team atmosphere wasn’t so great. We wanted to use this week to fix certain things. Everyone talked about their concerns, and we tried to understand all of the mistakes we made last week. As a result, we became a lot stronger.

I can see after making some changes, your team looked really good today. These two games were played beautifully. We hope you can continue this down the line.

Thank you We1less for interviewing with us. Let’s congratulate LGD for achieving a 2-0 victory one last time!