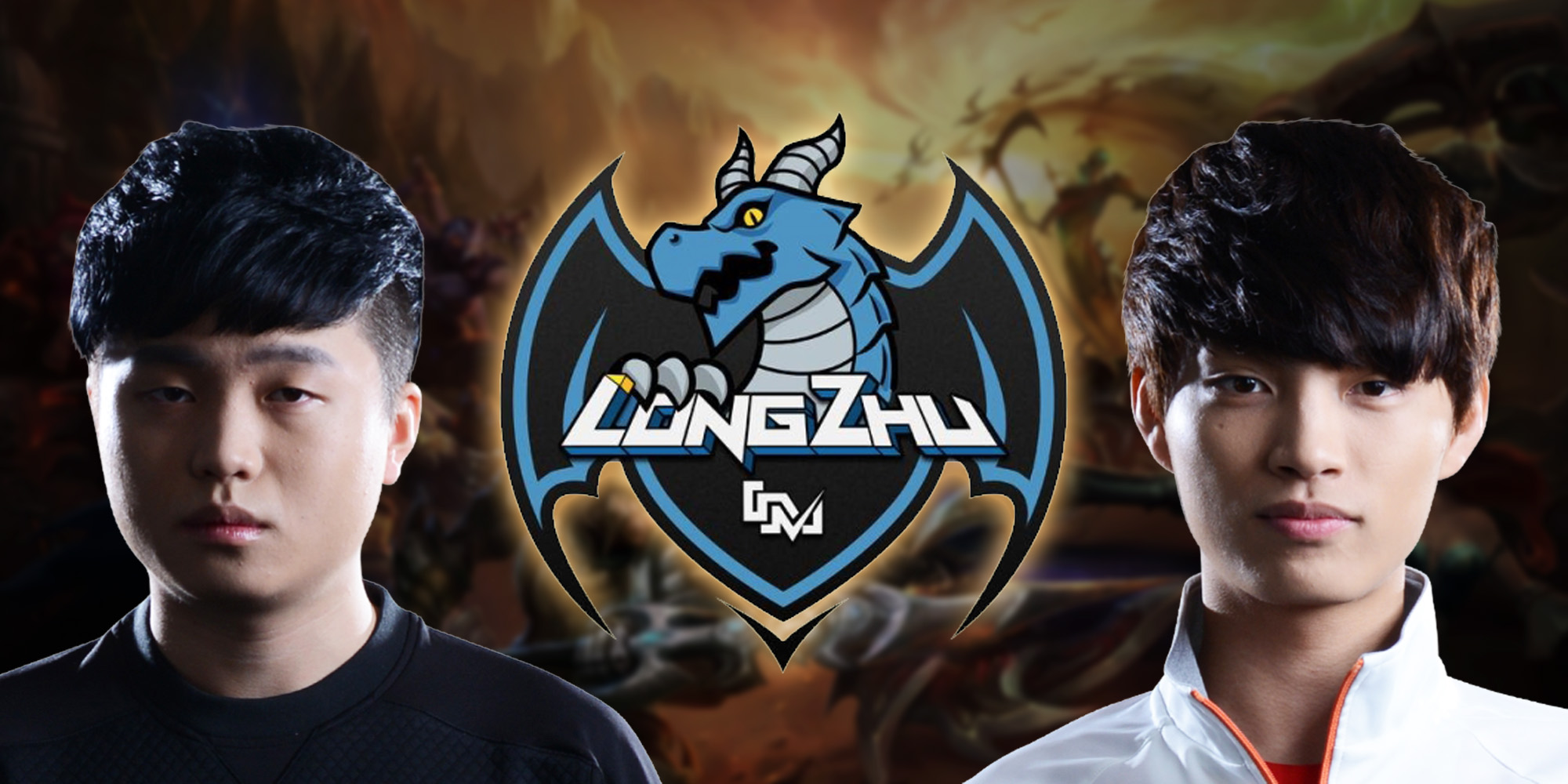 Image via Riot Games | Remix by Will Copus

2016 was a bitter year for Longzhu, after the team’s star-studded roster failed to impress all throughout the year.

The question now is whether or not the Chinese League of Legends organization can change its fortune heading into 2017, and just like in 2016 it appears it will be sparing no expense in terms of recruitment. Longzhu has signed former CJ Entus and KT Rolster mid laners Gwak “Bdd” Bo-seong and Song “Fly” Yong-jun, the organization announced yesterday.

The addition of the two mid laners comes one day after Longzhu recruited Kim “PraY” Jong-in and Kang “GorillA” Beom-hyeon, who competed together on ROX Tigers throughout 2015 and 2016 to great success.

Having entered League in early 2016 with the acquisition of the organization Incredible Miracle, Longzhu peppered its roster with names like Shin “Coco” Jin-yeong, Lee “Chaser” Sang-hyun, and even famed top lane star Lee “Flame” Ho-jong. However, throughout 2016 the team’s performances bordered on parody, as they failed to impress in either the Spring or Summer season of League Champions Korea.

Hopefully 2017 will be a more fruitful year for the organization, which never seemed to truly get off the ground this year.