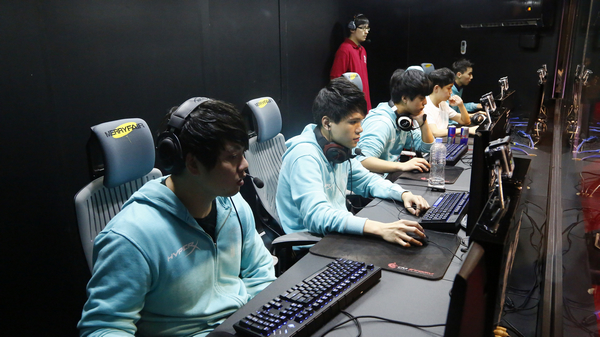 Machi, in the previous week showed decent games against the best team in the league, Ahq, by abusing Bard’s weak early game. However, they were unable to topple the pinnacle of the LMS. Coming into this week, Machi faced the casual, experienced team Assassin Sniper.

It was believed that sheer experience would lift AS to victory, but Machi had other ideas. Machi played better as a team every step of the way, as they continually moved around the map better and controlled objectives properly. Machi actually has a coach and analyst, so it was an easy 2-0 for the team.

Machi faced HKE, a team that lately has been in shambles as Dinter continues to be ineffective in the cinderhulk meta. Machi pressured HKE and won the game through a superior laning phase and stronger late game shotcalling.

Machi would drop the second map after being outdone in the laning phase, but there was no rookie hesitation as the game went on. Republic and Dee continue to show up as legitimate carry threats in the LMS and just may shake up the league with the rest of the team.

HKE has several problems on its hands: Dinter’s inability to perform with cinderhulk and the incorporation of Korean import Raison breaking down team communication. Dinter showed progress in the former split, but has regressed immensely in these first few games, unable to match the pathing of other junglers.

Raison on the other hand, replaced GodJJ at AD, severing a very important voice from the team. While Olleh and Raison can communicate in Korean, the synergy has taken a hit. Olleh does not roam as much, being the most obvious problem for HKE. Olleh defined the HKE mid game with this roaming considered unusual in the LMS.

HKE in the previous week dropped a game to the casual team AS, showing clear weaknesses in the jungle and bot lane. HKE showed no life against Ahq, getting stomped thoroughly in both games. Losing to the best team in the league is not so bad, but HKE’s plummet was truly showcased when they were upset in in a game by the rookie team, Machi.

Bottom half teams in the last split were largely winless against the more experience squads, only claiming two maps against top teams over the course of the split. Teams like Midnight Sun Esports showed promise, but were still much too raw to compete.

The league has shown increased competition with last year’s top teams being contested by rookie and sophomore teams. However, there was a lack of results to show for it, until this week. This week, TPA dropped yet another game to the Logitech Snipers, as they had also done so in the previous split. The Snipers were able to snowball their lead against the Assassins with their AD carry, RD, claiming fifteen kills.

More shockingly, the Flash Wolves dropped a game to Midnight Sun Esports. The Flash Wolves have always showcased superior Macro play in the league, but are known to have questionable laning and teamfighting skills. MSE capitalized on this, taking a lead, momentarily stumbled, but were able to maintain their lead and take the second game of the bo2.

Ahq continues their bout of dominance.

Ahq continues to show the rest of the league that they are no fluke, having no issue dispatching HKE or Assassin Sniper. Ahq took gold leads and never looked back, as they were not experimenting with Bard against a rookie team these times around. Ahq easily 2-0d both of them and at this point are the only undefeated team, leaving them alone in first place as they wait for a worthy competitor.

Photos are not my own. Borrowed from http://lms.garena.tw/