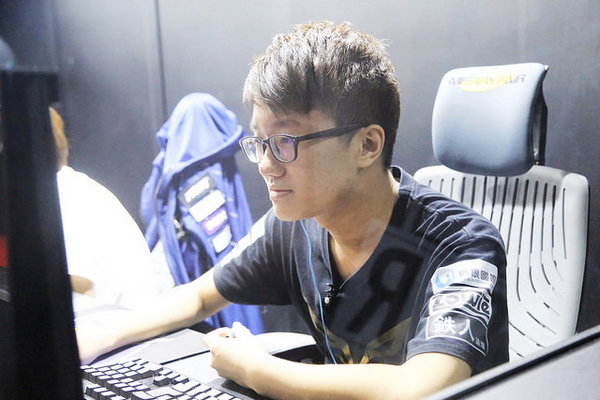 Flash Wolves stutter, but continue to show their class

The Flash Wolves came in to their series against HKE with two victories and one tie against sophomore team, Midnight Sun Esports. HKE has shown very little strength up to this point, tying with the likes of Machi and Assassin Sniper, while getting trounced by Ahq.

The Flash Wolves dominated the early game in both games rather heavily, but one hiccup in the red side jungle of HKE ended up throwing a 10k gold lead and eventually the game. This proved to be only a hiccup as the Flash Wolves cleanly dismantled HKE the following game, further cementing themselves as the second best team in the LMS. HKE continues to struggle with their early game shotcalling and simply cannot perform on anything that is not a five tank composition.

Logitech and Ahq had previously been under the Ahq banner in season’s past, but this did not stop Ahq from ripping the Snipers apart. Ahq fell behind in the first game as they experimented with champions that don’t skirmish well in the early game. The Sniper’s lead did not hold for long as Ahq still showed their superior teamfighting and objective control, while losing in the kills column.

This is the closest series of the split, by far. MSE 2-0d Machi in the end, but Machi did not go quietly into that good night. Machi in both games held their own against the more experienced MSE, often controlling the pace of aggression in the game. Machi showcased their skirmishing ability and stronger individual mechanics, but could not match MSE’s strategical play.

MSE, even when behind, was able to pull out towers and barons, while picking the perfect fights to close the games. However, considering the experience level and language barrier handicapping Machi, this only further displays the potential within this team. This is the much watch series of the week.

Assassin Sniper comes in against the Taipei Assassins, with four of their starting players this game being formerly under the Garena branded team. Maplesnow, of last split’s relegated team, Never Give Up, would start in the top lane in these two games. Interestingly enough, Zonda, the starting top laner played jungle in both games. Assassin Sniper controlled both games as they dominated the Assassins in the laning phase.

Zonda focused many of his attentions to the bot lane, giving Bebe a lead over Lupin in both games. This is incredibly key as TPA was running Yue, rookie support, in this best of two, over Jay. Assassin Sniper easily snowballed off of their winning lanes as the Assassins continue to struggle without their retired All-Star jungler, Winds. Assassin Sniper took a 2-0 series with very little resistance from the Assassins.

Ahq now plays the cerebral team coached by Lilballz in their fifth best of two of the season. MSE matched Ahq in the early game of Game 1 for about the first fifteen minutes, staying even in gold and objectives. However, as has become expected in the LMS, Ahq took control of teamfights and ended up closing Game 1 cleanly. Game 2 was much different as Ahq had the lead the whole way through and steamrolled through for their 5th 2-0 of the split, as they remain undefeated.

Machi faces the other bottom level team of the last split with mixed results, going 1-1 against Logitech Snipers. Logitech was able to accrue small advantages in the first game, snowballing their lead to a victory, controlling the majority of objectives on the map. However, they were still challenged rather heavily in the skirmish game and often played reactively.

Machi was able to capitalize on this style in the second game when they fell behind once again, constantly forcing Logitech to fight on their own terms and taking the second game. Machi never plays like their behind, for better or for worse. The loss seems more like a hiccup than a hole in their game, as they continue to learn to work together. Logitech continues to be the destined mediocre team of the LMS as they split once more.

Photos and standings from lms.garena.tw