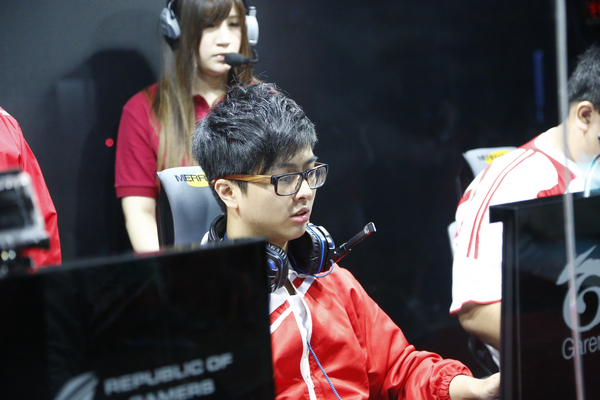 Please note that Weeks 6 and 7 will feature ten best of twos instead of six so the recaps will stretch in length.

HKE and AS are very close in the standings at 4th and 5th. HKE lately has improved on much of their gameplay and a 2-0 against AS would almost certainly have them in the top half of the standings at the end of the week. AS has been very one dimensional, only playing poke comps and being exposed for it recently as they struggle to appear anything but a bottom LMS team.

Dinter continued his recent upswing being the main reason for his team’s success in the series performing well on Rek’Sai and Nunu, amassing a score of 6/0/25 during the series with 87% kill participation. AS being outscored 35-7, was frankly not competitive in the series, unable to keep up with HKE in the laning phase.

As repetitive as it may sound, Ahq continually has run over the competition as they stay atop the LMS. The team has won seven straight best of 2s and shows no signs of slowing down. Machi on the other hand has slowed down dramatically after the loss of their Koreans, Republic and Fiesta. However, they will be coming in this week with HanJi, DoR’s former jungler. While he was on the maligned 0-21 DoR, he was known for his above average mechanics and aggressive pathing, often leading to first bloods.

Machi’s bot lane Dee and Dreamer showed their class against An and Albis, winning a 2v2 exchange early in the laning phase. This resulted in HanJi snowballing BoBo against Ziv, while the bot lane dragged all attention from Mountain. Machi dominated Ahq and closed out the game in 27 minutes, handing them their first loss of the split. However, in game 2, Ahq’s bot lane got ahead and Ahq cruised on the back of An’s 12/2/5 Kalista to a 31 minute victory with a gold lead passing the 10k mark.

MSE comes into week two finally separating themselves as a top half team, with the addition of Korean imports, Stitch and caNdy increasing their mechanical ceiling. While communication still needs to be worked on within the team, Stitch and caNdy have shown very strong performances in their first few games. TPA continues it’s game of musical chairs and although is not too behind in the standings, is practically out of contention, sitting in the bottom half of the league.

TPA is back to using Jay in this series as Yue did little to warrant his lack of experience. TPA’s Chawy performed admirably in the series, generally outperforming caNdy and even solo-killing him in the Jayce-Viktor matchup. While TPA in game 1 held a lead and inhib pressure on the back of Chawy’s poke, MSE utilized TP flanks effectively and brought the game back via stronger team fighting. Game 2 was more one sided as Jayce was banned away and Chawy could not exert the same amount of pressure on Orianna. MSE would win in 37 minutes, amassing a 17k gold lead up until their destruction of the enemy nexus.

The Flash Wolves continue to look better on a week to week basis and are the next team to add a Korean AD into the team, making half the LMS ADs from Korea. Kkramer arrived a few days before and will play while NL remains on the roster as a sub. Logitech looked improved with the removal of Illusion last week , but were still short of non-abysmal. Logitech makes another roster change this week, putting newcomers, K and Breeze, into Mid and AD.

Logitech showed up in this series the best they ever have, showing a good aptitude for skirmishing and leveraging gold leads in both games. The players on the team are talented, but lack coordination. The team was behind the FW in regards to map play and shotcalling so their leads were eventually dispersed. FW would win both games by the skin of their teeth as they held on against LGS pressure. KKramer continues to perform well going 17/3/9, dealing the most damage in both games 1 and 2, on Vayne and Sivir.

AS continues to sink as other LMS teams step up being very behind the strategical curve of the rest of the league, especially after being 2-0d by a rising HKE. Machi also looks to be on the rise as they look much better with an actual jungler in HanJi and handed Ahq their first loss of the split.

Machi 2-0d AS the last time around with their Koreans, Republic and Fiesta. This time around would not be any different. Stark differences in the jungler performance defined these games as HanJi exerted more pressure than Zonda and pushed his team to early advantages. Dee was a monster in the best of two dealing by far the most damage in both games on Sivir and Vayne, going 5/1/21.

Ahq suffered its first defeat against a seemingly revitalized Machi and their new jungler, HanJi. The team was finally exposed for its propensity to rely on a bot lane snowball to carry out the game, as Machi’s bot lane 2v2d Ahq’s bot lane. HKE continues to level up towards the end of the split as they had no issues 2-0ing AS earlier in the week.

HKE took the bull by the horns facing Ahq in the first game as they looked to beat them at their own game. Dinter continued his line of good performances snowballing Raison’s Kalista against An’s Vayne. Toyz also dominated Westdoor’s Kassadin in lane with Viktor dealing 40k damage in the game, the next highest in the game being Stanley’s Vlad at 15k. Game 2 went much more Ahq’s way as they forced HKE’s hand with a Sivir/TF comp. An was the large force in this game 42k damage and going 10/5/9.

FW and MSE, while expected to be a battle for third, turned out be heavily in favor of the Flash Wolves. The Flash Wolves built poke comps centering around Azir and Varus that MSE did not know how to deal with. The team had MSE on a leash and controlled objectives masterfully. Maple and Karsa dominated the mid/jungle matchup as caNdy and Empt2 fell flat this series.

Both teams involved here have made a number of role swaps and player swaps as they look for answers this split. Seeing as they have made little to no progress on their positions, it is safe to say that neither team has found any answers. TPA is back to using Jay in the support role over Yue, while LGS continues to work with the new formula of RD in the jungle, while having K and Breeze fill out Mid and AD.

TPA may be in shambles as a team, but they are still a team compared to that of the Logitech Snipers. However, TPA mainly dealt with Logitech on a mechanical level as Chawy and Lupin built leads against K and Breeze. Chawy and REFRA1N showed strong performances, both having 84% kill participating over the series. Honorable mention to K’s Viktor performance in Game 2, as he outdamaged everyone in the game and nearly mounted a comeback for the Snipers.

HKE and M17 are unique in the fact that they are the only teams to hand a loss to Ahq this LMS split. Both teams are defined by a capable top laner and a strong bottom lane, with aggressive supportive junglers. HKE and Machi this week have both shown their ability to snowball a lead and against the best team in the league. Dinter and HanJi were both the outstanding performers of their team, being the key matchup in this series.

HKE, however, was very ahead of Machi when it came to the poke meta. HKE built very strong comps centered around Azir and Jayce, while also picking the Corki/Janna combo in both games. HKE showed very impressive side wave control, always having the lanes pushed up before contesting an objective or sieging a turret. Machi did the best they could when it came to engaging on the poke comp, but HKE also exhibited the stronger teamfighting as Toyz and Raison outplayed their counterparts.

Ahq, while dropping games for the first time, always bounced back and showed the real strength of their team (a benefit of the Best of 2 format). AS this week has been nothing short of a disappointment. As LMS teams step up their game, they are the same as they were from week one. IMPORTANT: Mountain had been subbed out for health reasons. Albis started at jungle and GreenTea came back in at support.

This series was as sloppy as a best of two can possibly get. GreenTea back in the lineup showcased the old Ahq, a team that did fun things, that don’t necessarily win. While the team scrapped a lot, some plays made less sense than usual. On an individual basis, AN showed to be much stronger than BeBe both in the laning phase and out of it. Westdoor was the star of the series though on his signature Twisted Fate, dealing the second most damage in game one and the most in game two. Achie continued to shine for AS as he dealt the most damage in game one and the second most in game 2 on his signature Jayce.