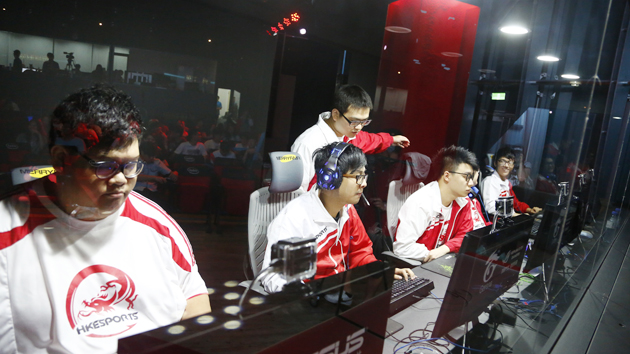 HongKong eSports and Midnight Sun Esports come into this matchup respectively third and fourth in the standings. Neither are close at nipping at the Flash Wolves or Ahq, but are fighting to remain in the upper half. MSE are making strides in becoming a competitive team in the LMS, being much improved from last split, but HKE have taken steps back as they continue to drown.

MSE is known for longer games and HKE strives in games that stall out, as they are an objective devoid, team fighting team. HKE is able to take a strong enough lead in Game 1 to force teamfights in their favour on the back of Raison’s 13/2/3 Kalista. Dinter would once again botch an early game in Game 2, allowing MSE to snowball the game from the fourth minute on to a forty minute victory.

AHQ and TPA are the storied teams of Taiwan constantly battling in the GPL over the years and both being top four in the LMS last year. However, AHQ has skyrocketed to being the best team in Taiwan and an international competitor, while TPA has sunk to the bottom half of the standings. TPA has been struggling to find an identity since Winds’ retirement, even playing Yue in the top lane and Morning in the jungle, in search for answers.

AHQ had no issue dealing with their adversaries this series as they thoroughly deconstructed TPA, even neutralizing the notably strong performances from Chawy on Viktor and Lulu and Morning on Gnar. Mountain continued to be a rock for Ahq as he participated in 28 of 37 kills, while securing first blood for his team both games. An also notably went 15-3-13 throughout the two games on Urgot and Vayne.

The Flash Wolves have managed to remain near the top of the region unlike HKE and TPA, but have not managed to deal with Ahq and are at a stagnant second place. Machi comes into the rest of the split without their Korean imports, Republic and Fiesta, likely taking them out of top three contention.

Machi debuts new mid laner and jungler, Apex and TheFeeling in this game. Note, TheFeeling is D1 on Taiwanese servers, so this may be a repeat of their manager subbing in the past. Neither player performs particularly poorly, but the team has lost its fire without its Koreans. The Flash Wolves overpower Machi as they suffer from another roster mishap.

Assassin Sniper’s experience has pushed it to be a middle tier team in the LMS, even as they continue to take the LMS less seriously than the opposition. Logitech has done little to impress this split, being the only team unable to take a series and only forcing three ties. Logitech is continuously falling behind the rest of the league.

Domination is the name of this series. Assassin Sniper outscored Logitech 32-10 in the kills column, snowballing superior laning phases to victory. Achie performed exceptionally well on his poke champions, Varus and Jayce, doing the most damage in game 1 and doing the second most damage in game 2.

MSE and LGS shared the same record in the previous split and even split their first series this season, but MSE has gone nowhere but up. MSE is vying to be top 3 in the standings and is outperforming former top teams such as HKE and TPA. Team play has been the issue for Logitech as they have talented players in Breaker, Lat, and RD and have made little to no progress on that front.

Logitech in this series debuts a new AD carry by the name of K while putting RD into the jungle. Logitech and RD in particular showed some good skirmishing against MSE, but the gold leads MSE created throughout the series were too much. Midnight Sun’s new acquisitions Stitch and caNdy performed well, showing the already improved skill ceiling of the team.

Flash Wolves have seemingly signed a korean ADC by the name of Kkramer, a sign that the team is attempting to heighten its ability to compete with Ahq on the top. TPA also made a signing that will compete this week, signing the FW jungler prior to Karsa, REFRA1N. However, REFRA1N has only ever been known for performing well on Kha’zix or Jarvan.

REFRA1N made incredibly little impact in his debut for the Assassins. The Flash Wolves outscored TPA 45-7 in the kill column, maintaining absolute control of both games. The jungler difference was huge as Karsa participated in 36 of 45 kills, controlling the pace of the games. TPA continues to search for an identity as they fall into the bottom three spots of the LMS.