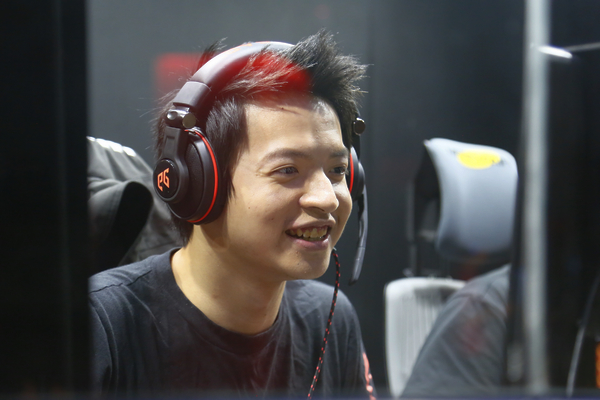 Both teams came into the final week with playoff hopes as they both remain a measly three points behind Midnight Sun Esports. Considering the only other avenue for these teams’s playoff hopes involved beating FW or ahq, both of these teams needed the 2-0 to even have a chance at tying MSE for fourth.

TPA looked improved against HKE in the previous week as they forced them to work for their 2-0. The trend would continue in this series as TPA steamrolls M17 in a 19-1 30 minute victory on the back of Chawy’s 8/0/7 Viktor and REFRA1N’s excellent Gragas play. Game two was a total reverse as Machi found several successful engages from Varus’s Chain of Corruption into Gragas’s explosive cask. One baron fight and push would end the game at 24:38 for TPA as M17 destroyed their playoff hopes.

ahq and FW have shown themselves to be the strongest within the region, maintaining first and second place respectively. Both teams are guaranteed into the playoffs, but this match had implications of which team was to be first seed in playoffs. ahq is the easy favorite in this matchup.

ahq looked like a favorite in game one as well, snowballing off of superior skirmishing power coupled with more efficient teleports from Ziv. The utilization of the Graves/Leona combo to punish FW’s first rotation Kalista was instrumental in their victory. Game two was more back and forth with FW even having a gold lead in the latter portions of the game, but Westdoor’s Diana made a stunning impact in the late game as they stole away game two as well.

This match is a throwaway for HKE as they have secured their spot and cannot climb in the rankings, but that is not the same for MSE. MSE with a 2-0 guarantees their playoff spot over TPA or M17 so they try their best to win this series. Notably, HKE has begun to use GodJJ again in light of Raison’s year long ban.

It was evident that MSE was trying harder in the series when they jumped out to an early lead over HKE in the first game and were able to snowball to a victory in thirty eight minutes. LOFS, the top laner who receives the most gold percentage of his team in the LMS, went 8/1/8 on Ryze top lane. Game two had casual p/b from HKE as Stanley played Assassin Jarvan top and Toyz played Fizz mid, complemented by Olleh on support Gragas. Even in these circumstances, HKE split the series in a 58 kill, forty minute long game.

This series had no effect on the standings as both teams were locked in for relegations. Logitech did have a sense of pride going in though, as they had not taken a single Bo2 all split and this was their chance.

The first game began with AS’s jungler, MiHanna, suiciding into the enemy base, giving Lat’s Irelia a free kill to start the game. Once it seemed that Logitech was going to take the game seriously, it was too late for AS, as they had to come back from a deficit against a snowballing Irelia. Game two was serious from get-go, but at this point Logitech had elevated their teamplay past AS and took their first series of the split.

TPA was unable to 2-0 Machi and therefore absolutely needed to 2-0 ahq for the fourth playoff seed. Considering the trials and error of TPA this split, this possibility was considered very unlikely and were completely written off.

ahq started the first game out as most would expect, with a strong gold lead, but TPA would be more resilient than anyone could expect. TPA drafted an oddball Nocturne mid to combo with Morning’s Shen in the top lane against ahq’s Jinx pick in the bottom lane. Although ahq had a 5k gold lead at one point, there was not enough peel in the world to protect AN’s Jinx and TPA would win game one off of dominating teamfights.

After TPA shocked Taiwan in game one, they had a 14-5k gold lead, up 3 dragons, 1 baron, and four towers, in game two. ahq struck back against TPA as they made poor positional errors and teamfight calls against Westdoor’s Diana. ahq would eventually claw their way back to victory in game two, sealing the Assassins’s fate.

Similar to the Assassins, Machi had to 2-0 a top two team for hopes of participating in the playoffs. Although Machi has improved since moving to an all national line up, the macro play is nonexistent and against a team like FW, this did not bode well.

The Flash Wolves dominated Machi in game one, taking eleven towers, four dragons, and one baron to the single tower of Machi. The FW held a gold advantage at every point in the game and cruised to a thirty-five minute victory. However, due to strong Azir play from Apex, game two was much closer and much more in the court of Machi’s playstyle. Constant teamfights and deprioritization of objectives made it a closer game, but FW still triumphed in 51 minutes for the 2-0.

All photos used from lms.garena.tw