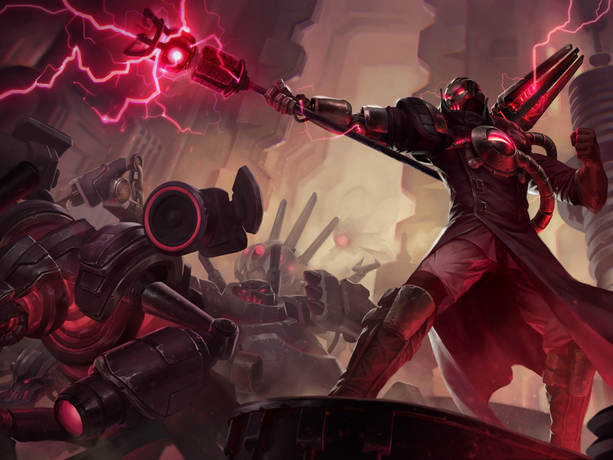 KT Rolster’s loss meant that KOO Tigers qualified as the 2nd seed for Korea, forcing KT to play in the regional gauntlet for the last place in the championship.

Azir has become permaban status with every mid laner showing strong performances with Azir, leaving Viktor to be a priority pick because it’s a very safe pick with a smooth power curve. Viktor however, struggles with assassins that are able to get easily within melee range and avoid the gravity field.

If the final of the summer playoffs is a sign of things to come from the mid lane, we may see the decline of Viktor as a staple pick. Diana has been growing in popularity in China since the changes to the AP items. Buffs to Nashor’s Tooth and Diana’s ability to match the wave clear of Viktor has given her a place in the meta. She also has the freedom to use teleport, allowing her to split push with Nashor’s Tooth. The problem with her (as shown in KT vs KOO Game 1) is that she suffers in teamfights without a way to separate the teamfight into smaller skirmishes. She is also very binary meaning that she can only go into a fight and lacks any escape mechanisms. With upcoming Viktor nerfs may give an opening for experimentation with assassins such as Ahri, Fizz and Diana to end Viktor’s dominance over the mid lane meta.

2. Faker looking strong as ever coming into the World Championships

The mid lane meta throughout Season 5 has been very stale with the importance of dragon and baron requiring more back-line mages that are able to output a consistent amount of damage in teamfights and control the mid lane through wave clear. Nerfs to assassins as well as buffs to tanks in the support and jungle roles, has led to a smaller timeframe for assassins to play out winning conditions. Therefore, the mid lane has natural defaulted to lane control.

In games 2 and 3, Faker added two picks to his expansive champion pool, Diana and Riven, with relatively good success. Despite falling down on CS in the early game to Nagne’s Cassiopeia, he was still able to find the kills to snowball and take over the game with Riven. This should spell trouble for Western mid laners as they have been relying upon back-line mages their champion pools. If they western mid laners are unable to diversify their champion pools away from Viktor and Azir in time for World Championship they may find that they will be outclassed by SKT and in particular Faker.

3. Has KT Rolster’s puzzle been solved?

Faker’s performance aside, KT Rolster seemed to have been outclassed strategically. KT commonly lane swap and then use Score and Piccaboo to get vision in the enemy jungle to create picks and snowball the early game. Their early game revolves around getting Ssumday ahead enough to apply some sort of split push pressure and shut down the enemy top laner. SKT really shut down any opportunities to get Ssumday ahead. In both games 1 and 3, SKT banned both Fizz and Shen, two of Ssumday’s stronger comfort champions as well as Lulu to prevent any Kogmaw picks. The one time Ssumday got to play Fizz, a Malphite counter pick was used to out-tank any damage trade the fizz could do. Bengi also ganked Ssumday early using the Moakai-Elise combo to give MaRin an early game lead in all three games.

Any attempts to gain vision control in the enemy jungle were stopped from Bengi’s jungle pathing reading Score’s movements the entire series. SKT also used the Kennen pick which was extremely effective in preventing any roams from Piccaboo. Both times the Kennen poked out Piccaboo’s Thresh so that he was too low to roam and gain vision control. This also provided more pressure on the bottom side. The bottom lane proceeded to use Ashe to get picks for Faker in the mid lane to allow him to snowball.

This could possibly spell trouble for KT as a team could use the strategy used by SKT and possibly limit KT early game advantages. Najin – a team that plays around their strong laning phase and also has a support that plays Kennen could have beaten KT had it been not for their loss against Jin Air.

4. Bengi is probably the strongest jungler coming into worlds

Bengi’s had probably one of his best performances of the season against KT. He simply outclassed Score in the jungle on his very well-known Elise pick. This probably will put him as the best jungler to qualify from Korea, unless Jin Air qualifies through the gauntlet. Something that could not have been said last year, if they qualified.

Considering the jungle talent that have already qualified for the World Championships, Bengi could be one of the better junglers in the competition depending on who qualifies as 2nd and 3rd seed for China.