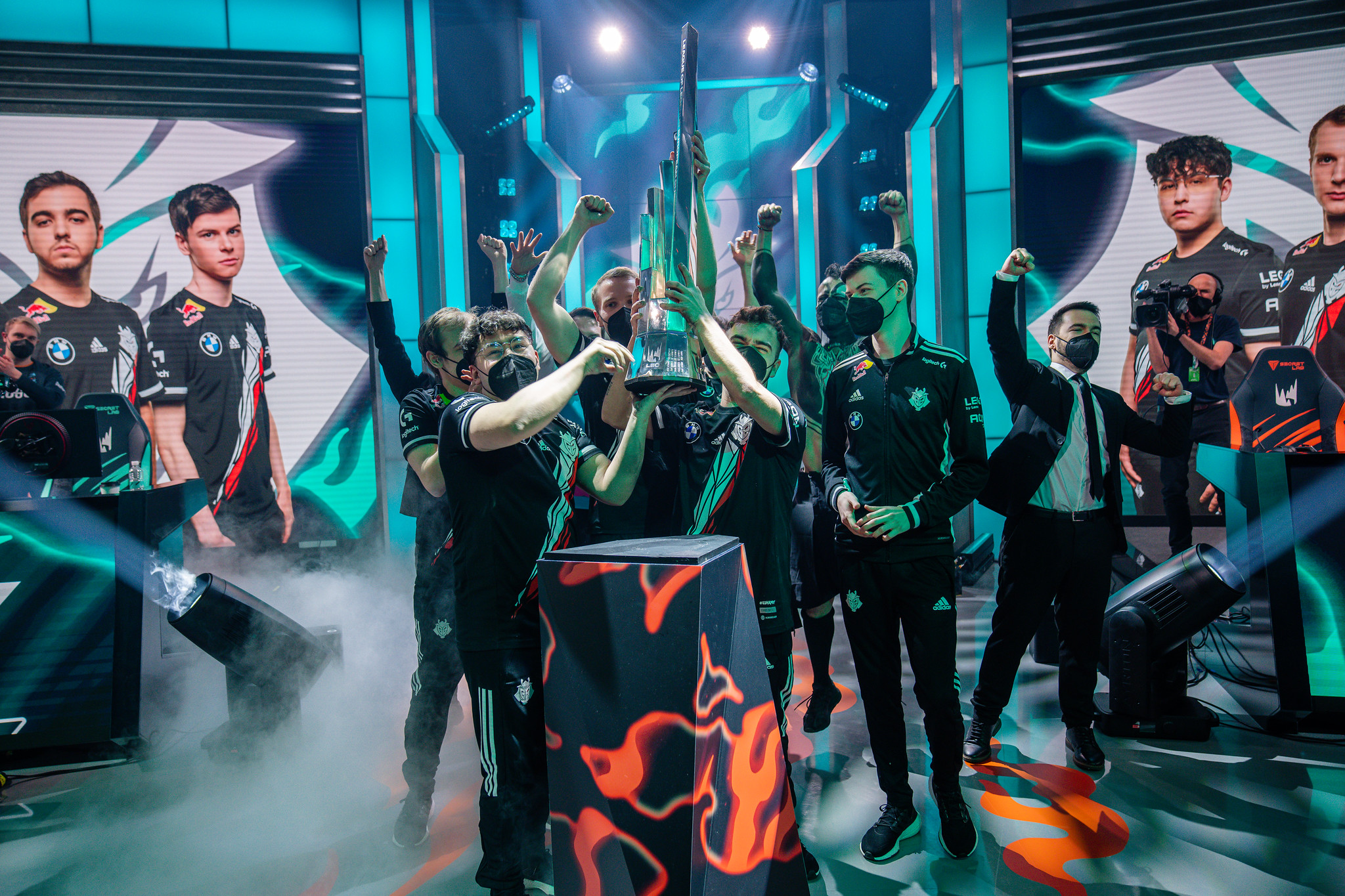 After one of the best lower bracket runs fans have seen in the LEC playoffs, G2 Esports snatched their throne and proved themselves to be the best League of Legends team in Europe by taking down Rogue in the 2022 LEC Spring Finals. Many people tuned in to watch the festivities this past weekend, with the series reaching a peak viewership of just over 723,000, according to streaming stat site Esports Charts.

Even though there were only three games played during this series, G2’s sweep had the highest peak of any LEC match this split by far. The more impressive stat, however, is that G2 participated in four out of the five most-viewed matches of the 2022 Spring Split.

It’s clear that even though the team failed to find significant success last year, G2’s fandom is still strong enough to bring in a massive amount of viewership. Additionally, the new players that the organization also helped bolster their numbers with Flakked and Targamas bringing in a larger demographic after their time in the LVP and LFL, respectively.

The average viewership numbers of the 2022 LEC Spring Split have also dropped when compared to the past two years, but that could be explained by the league going through a transitional phase with multiple stars leaving or failing to find a roster for this year. For example, former LEC mainstay Rekkles wasn’t able to get on a starting roster for spring, while big names like Inspired, Hans sama, and Bwipo left the region for greener pastures in North America.

With more people now aware of the young, rising talent in Europe, we could see a rise in viewership when the 2022 Summer Split begins later this year.