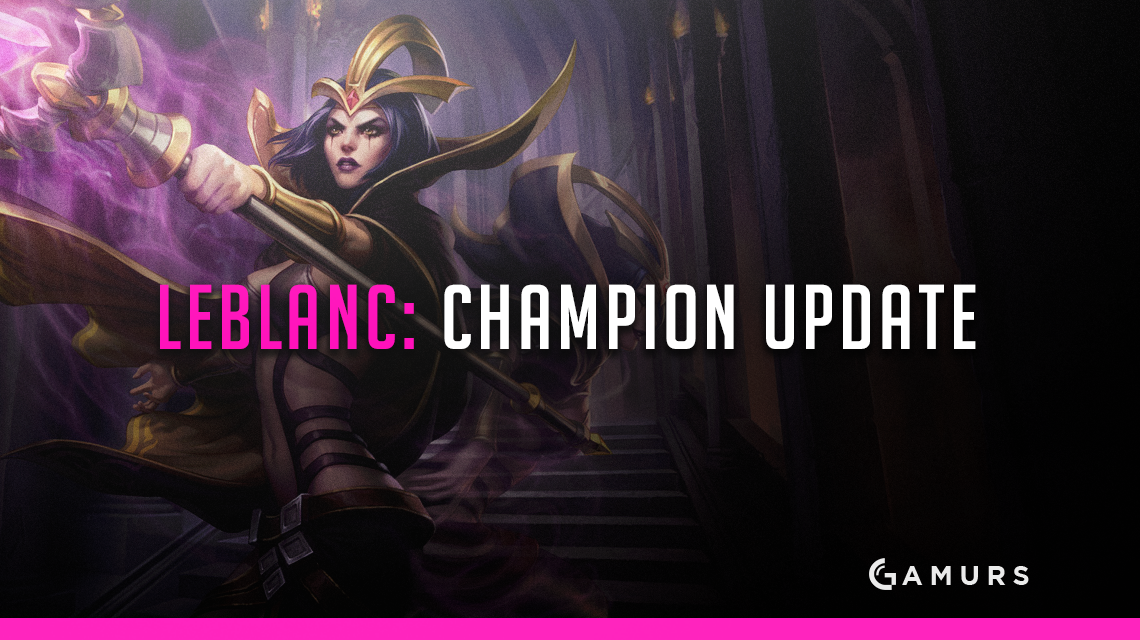 Riot just released a video about LeBlanc, showcasing the updates made to this champion for the upcoming season and giving a quick rundown on what players should expect the new LeBlanc to play like. You can view the video below.

Sigil of Malice is now her passive. When LeBlanc uses any ability on an enemy, her sigil is applied. After a slight delay, strike again to do bonus damage.

Her new Q is Shatter Orb, basing a small projectile that can also hurt nearby enemies and minions in the process.

Her ultimate, Mimic, when cast spawns a decoy on top of herself, making the original invisible, allowing both versions of LeBlanc to fire the same ability together before expiring moments after.

This ability even allows you to spawn a harmless LeBlanc clone globally, deceiving your enemy to go into a fight or flee in fear.