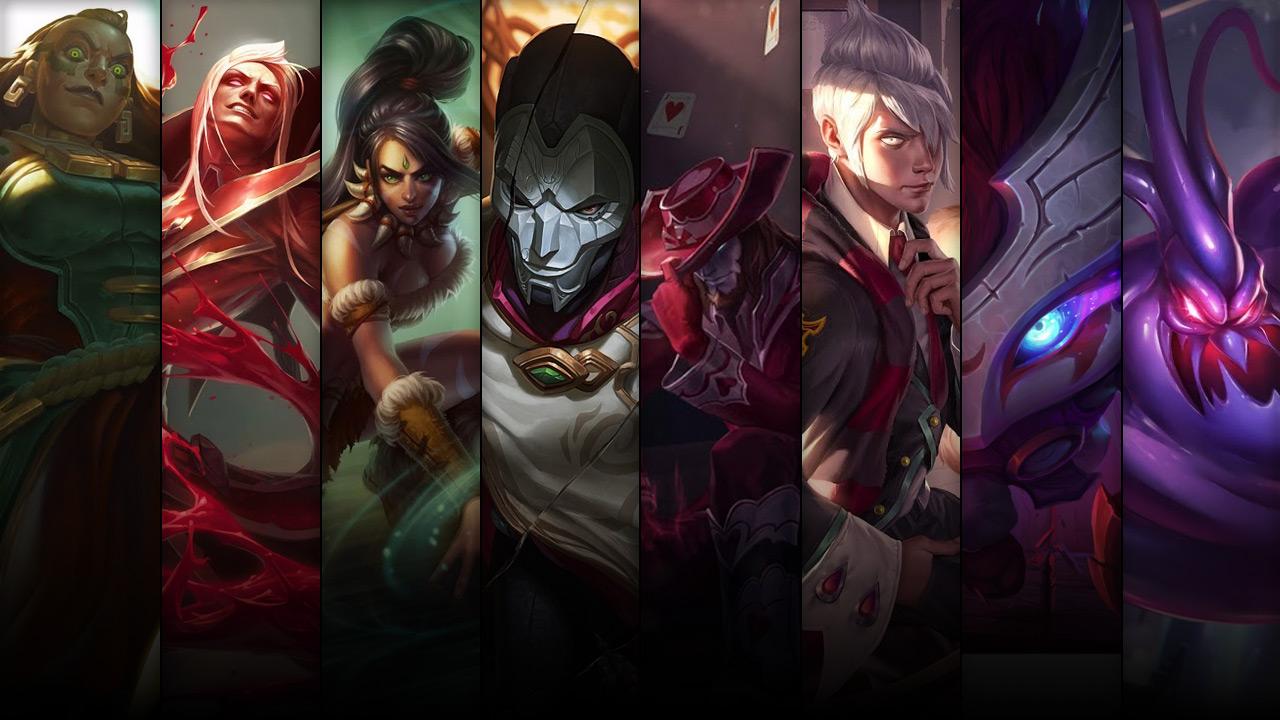 This week’s champion and skin sales are sure to delight fans of all lanes in League of Legends.

Powerful champions for junglers, ADCs, mid laners, and top laners are all available for half price, giving players the chance to bolster their options when preparing to hit the Rift. Sadly though, supports don’t have much to choose from—unless you want to pick up Illaoi support. We don’t recommend it, however.

The potential to burst your foes and dodge most ultimates makes Vlad a force to be reckoned with. Vi, Xayah, and other champions beware—just because you can ult him, it doesn’t mean you will hit him.

Illaoi is one of League’s best juggernauts. She has strong early game damage that can transition into a monster in the late game due to her ultimate abilities’ effect to deal massive damage in a crowd and heal her for a percentage of that damage. Never take an Illaoi head on, or else your fate is sealed.

Nidalee made a great return to the competitive scene at Worlds due to the current state of the metagame. Her power scaling and speed allow for quick clearing capabilities, while also being a dangerous champion when ganking lanes.

Jhin is one of the games most popular ADC champions due to the utility of his kit. His long range ultimate is a blast to use when sniping enemies from afar. Add that to his abilities to stun and slow his opponents, and you have a great ADC for your team’s backline.

This isn’t really one of Twisted Fates best skins. If you are after glamor and awe, then Underworld is always a good skin to grab. If you are after a cheap skin to go with all the Twisted Fate games you have been playing lately, and you have RP to burn, however, then it might be a wise idea to pick this up. It’s on sale for 260 RP.

If you buy Vladimir on sale and start to enjoy playing him, then you might want to consider purchasing a skin for him, too. The price of the skin and the champion itself are about the same as buying them separately when they aren’t on sale, so it’s a good time to pick them up. And if you already have Vlad, you’re in luck. This skin is on sale for 375 RP.

Blood Moon Kennen is an awesome skin. It’s almost awesome enough to redeem this week’s sales of Jack of Hearts Twisted Fate. Kennen has a lot of cool skins, and this demonic Blood Moon skin is no exception. It alters a lot of his effects and is, of course, a part of the superior skin collection. Team up with a Jhin in the bot lane and wreck some havoc. It’s on sale for 487 RP.

Zac’s launch skin doesn’t do anything necessarily different or exciting. Special Weapon basically turns Zac from green to purple, changing the color of his effects. If you don’t want to be a green walking goo monster and would prefer to be a different color in the opposite spectrum, then chances are this skin is for you. It’s on sale for 487 RP.