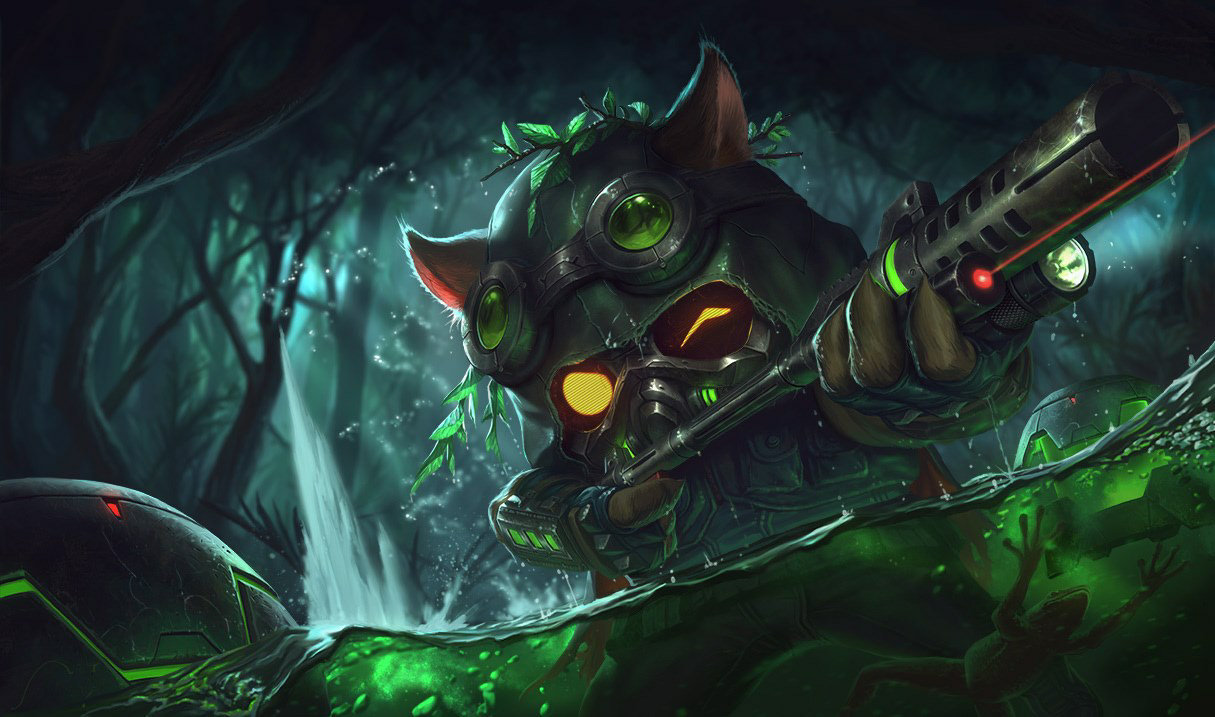 A League of Legends player recently discovered an invisible unit was blocking and absorbing his team’s skill shots while playing Kha’Zix during an ARAM game.

In a clip posted last night, the Kha’Zix player and their teammates first encountered the invisible unit when a Nautilus player used Dredge Line (Q) to latch onto the unit that was occupying a space in thin air.

As if an invisible sixth player was lying in wait for the enemy team, the Kha’Zix player and their team were seeing their skill shots blocked by the terrain itself. Players could still pass through the space, though. The unit was located next to one of the standard health packs that are placed adjacent to the walls on the Howling Abyss map.

The invisible unit acted the same way Teemo would. Skill shots would connect with thin air, giving the Kha’Zix player and his teammates the impression that a unit was actually present.

To further test the limits of the invisible unit, the player’s entire team threw abilities in its direction. A Lissandra player cast an Ice Shard (Q) that connected with the unit and it was even stunned by a Sear (Q) cast from a Brand player.

While there hasn’t been an official response from Riot Games about this apparent bug, one commenter on Reddit suggested that “Graves W broke with 11.5 and this bug can happen when it’s used in a certain way. It leaves behind the unit it spawns, and it isn’t untargetable forever.”