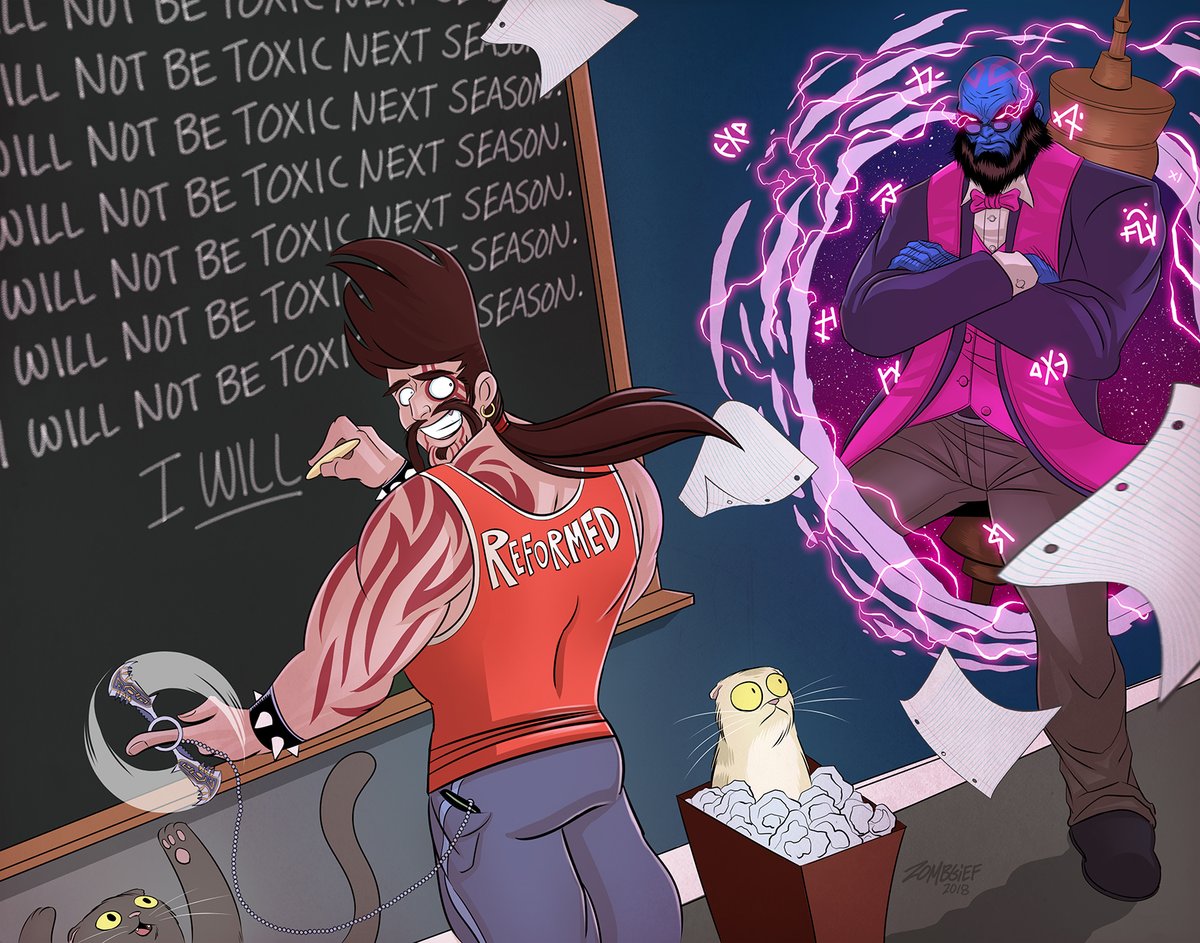 First things first, what is “toxicity”? Well, heavy metal band System Of A Down shouted about it in 2001, but it’s also apparently a thing in that game everyone plays—League of Legends.

The word toxicity has only in recent years become widely used when referring to online gaming. The word toxic is defined as poisonous in the real world. Leading video game organizations refer to it as meaning something entirely different, however. Forget about Riot’s culture of sexism for a minute, and quickly brush off Blizzard’s alleged history of racial abuse and discrimination. The two game developers even have their own Fair Play Alliance, made up of over 30 different companies in the hopes of cutting down “disruptive behavior.”

It’s toxic if you tell someone to kill themselves for stealing your blue buff in a game of League of Legends, and it’s toxic if you intentionally lose the game for your own twisted amusement. If you’re deliberately going out of your way to blatantly harass and ruin the experience of the players around you, and there’s absolutely nothing positive that can come from your behavior, you’re doing something wrong.

But toxicity is a big part of gaming, like it or not. And in reality, it’s just another buzzword. It’s impossible to ban everyone that’s remotely considered to have disruptive behavior, and it would be wrong to do so. Just because you’re personally offended by someone, it doesn’t necessarily mean you’re a victim, or that the perpetrator is exhibiting toxic behavior. They could just be criticizing you, or critiquing your play. And as hard as it is to take sometimes, and as little as it helps you, especially when you’re in the midst of a game, they’re not toxic. But they’re probably assholes, and there’s nothing stopping you from blocking them.

If you’re frustrated, don’t immediately give up on the game, and start rage typing in all chat, “gg. we’ve lost this, my teammates are flaming me,” it’s only going to further escalate the situation. You’ve suddenly turned from the imagined victim, to the abuser. Instead, you can calmly continue playing the game. It’s that simple.

League of Legends can often feel like a struggle, and it’s even worse in ranked solo queue. It could be the long length of each match, or how quickly the game can snowball out of control. It’s a breeding ground for negative behavior. If you make an honest mistake, like any human being, you’ll often be at the receiving end of so-called toxicity.

Some people are just naturally going to be disruptive, and intentionally ruin the game, and there’s nothing we can do to help them. All you can do is report them, and hope for the best. But everyone has a bad mood now and then, and if you’re playing League of Legends under a negative frame of mind, it’s plausible that you could get frustrated, and lash out at your teammates. This, of course, can be unsavory, but it does happen from time to time. It doesn’t mean you’re a bad person, and you can avoid it.

If you’re raging mid game, typing in all chat, “STOP BABYSITTING ME,” or you’re simply running it down mid, take a step back for a minute. League of Legends is a game, and you’re supposed to be having fun. You don’t have to continue playing. In all reality, you’re probably not a professional player. You most likely don’t live in South Korea, and even if you do, the chances of you being top 100 in Challenger are slim.

This might be a revelation, but you don’t have to play 14 hours a day. If you lose the game, there’s sweat dripping down your forehead, you’re beginning to shake, and you’re ready to burst— you don’t have to queue up again. It will only get worse for you. Why not play a different game? How about a single player game? Celeste is supposed to be pretty good. What about Hollow Knight? If you’re feeling daring, you could even go outside.

Perhaps we should go out of our way, whilst playing League of Legends to remain grounded and calm, and not fall prey to what is essentially a learned behavior trait and a cliche. Just because other people are “toxic” doesn’t mean you have to be.