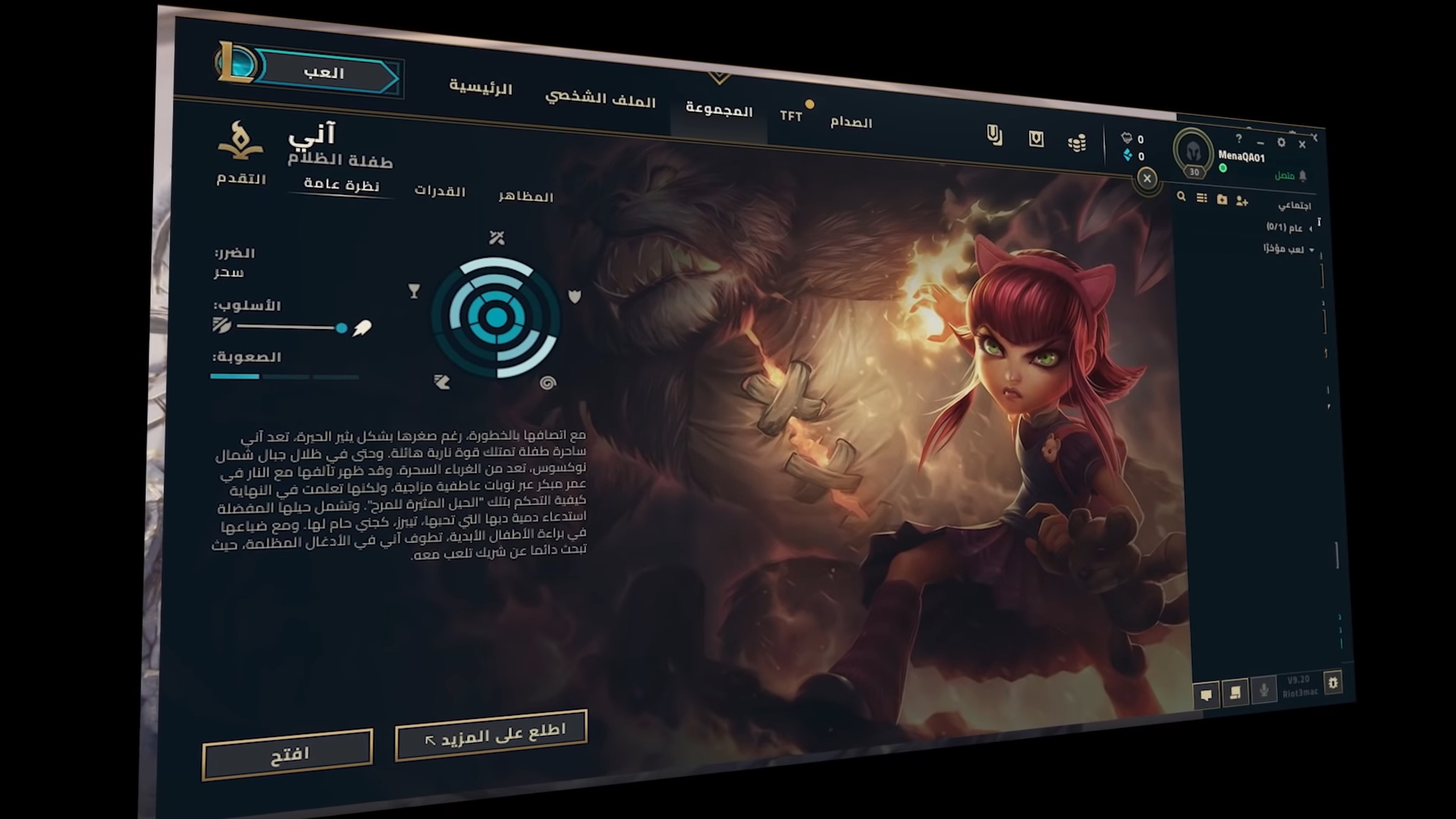 League of Legends fans in the Middle East can finally expect some type of support, as Riot Games promised to start a slow rollout of Arabic language support for all of its products.

This means that even though players in those regions will still need to play using servers from other countries, they will at least be able to use their own language. It isn’t the full support that many players were hoping for, but it is a huge step in the right direction.

There were only a few images shown, which shows that the team wasn’t ready to show more than just a glimpse of the interface in Arabic. The rollout will probably last through most of 2020, with it starting in the League client and then spreading to the other Riot projects.

There are several other regions that could use this support too, but the main issue remaining is the lack of servers in areas like the Middle East. It isn’t an easy project and will face many problems, including rules around video game distribution in those regions.

Once Riot can get around to solving those issues, League can become an even more global game.

More details about the Arabic language support will be talked about at a later date, but at least Riot made sure that its Middle Eastern fans know they are going to be taken care of.