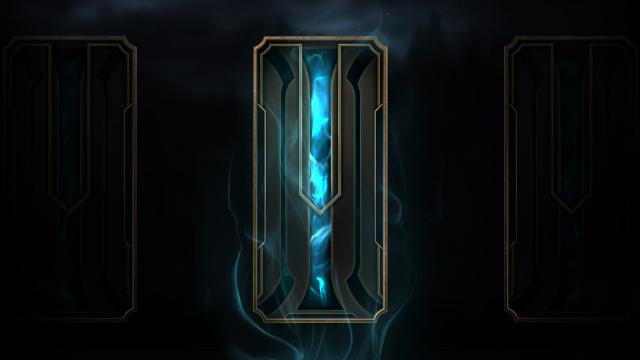 The League of Legends client got bamboozled yesterday.

“Your Shop” is a discount promotion that Riot Games offers to fans periodically, cutting the prices of six skins anywhere between 20 and 70 percent. And a League fan solved the mystery of what happens in Your Shop when you own every skin in the game yesterday, according to a Reddit post.

“You did it,” a message in the League client reads. “You bamboozled Discount Bot. It looks like you own every possible skin eligible for Your Shop offers.”

Owning every skin in the game is no easy feat since the total racks up to nearly 1,000. The fan explains that they spent thousands of dollars over the course of five years to achieve this milestone.

Another player jokingly thanked the big spender for “keeping the game free,” insinuating that the fan’s money is enough for Riot to maintain its free-to-play MOBA. Although fans can download League for no charge, the game makes a large part of its revenue from the sale of skins and cosmetics in the shop.

Fans interested in seeing how much they’ve contributed to League can visit the support page. After signing in, Riot will tell you the exact amount of money you’ve spent on the game.