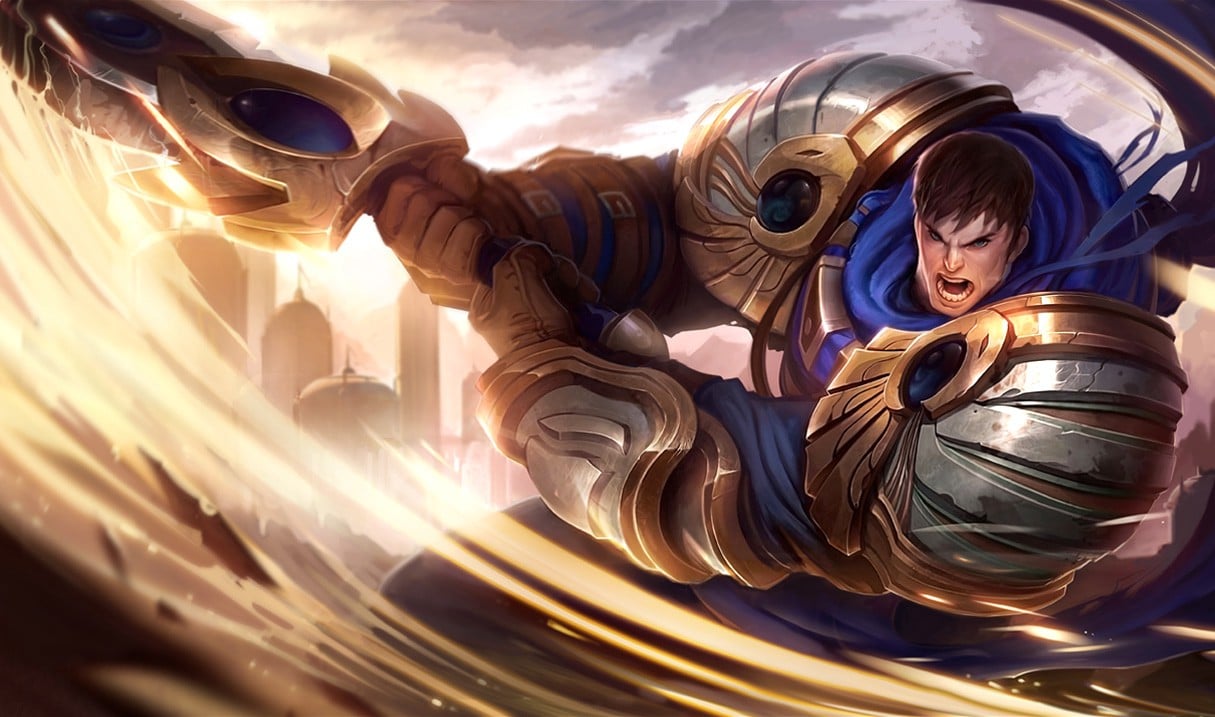 Since the Juggernaut Update of Season 5, Garen players have felt like they pulled the short straw—and they’ve begun to speak out about their frustrations. Why exactly? Because Garen has been in a weak, under-powered state compared to his top lane opponents, bringing nothing unique to the table and having too many hurdles to jump over to do his job.

Garen players took to the official League message boards last week to air their frustrations, listing numerous complaints about his performance in the current meta. One of the most important arguments is that Garen mains have been providing Riot with feedback on the champion since his update last year, and they feel undervalued and unheard and that their suggestions are being ignored.

So why is the idea of Garen being under-powered just now gaining popularity? Because a buff to the champion was recently announced. Normally that would be good news, but fans have been pleading for a buff to Garen for over a year, and the one they’re finally getting isn’t nearly enough to solve his problems with viability, or lack thereof.

This small buff to Garen’s damage just hit the PBE last week, League’s Public Beta Environment, which serves as the testing ground for upcoming changes. It will add an armor shred, a reduction in the armor stat on targets he hits with his Judgment (E).

Garen’s biggest issue is that he’s a late-game carry-killer that drastically lacks an early game and doesn’t have a respectable pool of top lane champions that he counters. This means that in order for him to gain enough damage to become the carry slayer he was born to be, he has to fight a lot of uphill battles to get there. Here’s the big question: Why struggle so much through these glaring weaknesses when you can just pick a champion that does the same job, but with much less of a challenge, like Darius? Darius counters many champions in lane and has a very strong early game, both qualities that Garen lacks greatly, so any sane player would just use him instead.

Garen’s new resistance shred will definitely help him, but it will not be enough to solve his issues. Buffs and changes to his utility are what the community calls for, rather than buffs to his damage, especially those that benefit the late-game more than the early game, which is what a resistance shred is. Changes to his speed steroid on his Decisive Strike (Q) and buffs to his active resistance on Courage (W) would likely aid in his shortcomings much more than the upcoming buff.

Meddler said that Riot’s goal for Garen’s buff was to make him moderately better, and then admitted that the champion has been significantly under-powered recently. This buff to Garen will clearly increase his impact in a team-fighting scenario, as it gives his team an AoE resistance shred, but it will have minimal impact in the laning phase when his opponent has built less resistance and there is only one target. Meddler said that his team cannot listen to Garen mains primarily due to their “personal feelings,” which might get in the way of a rational solution.

Meddler’s worry about judgment getting clouded by personal feelings can be true in some cases. But if listening to players that know the champion better than most others isn’t the way to gain feedback and make changes, what exactly is?

Not only are Garen fans upset for his underwhelming performance, but the community of PBE testers and those that give Riot feedback on proposed ideas now feel alienated and insignificant.

Listening to fans and players has always been a major part of what draws so many to play the game, and if changes are to be made to the feedback system, or if Riot values the feedback system on a lower scale than originally perceived, an open and honest dialogue needs to be held with the community for the sake of clarity.

Now that Riot is aware of Garen’s under-powered performance, hopefully it won’t take too long for Garen players to see a long-term solution implemented.