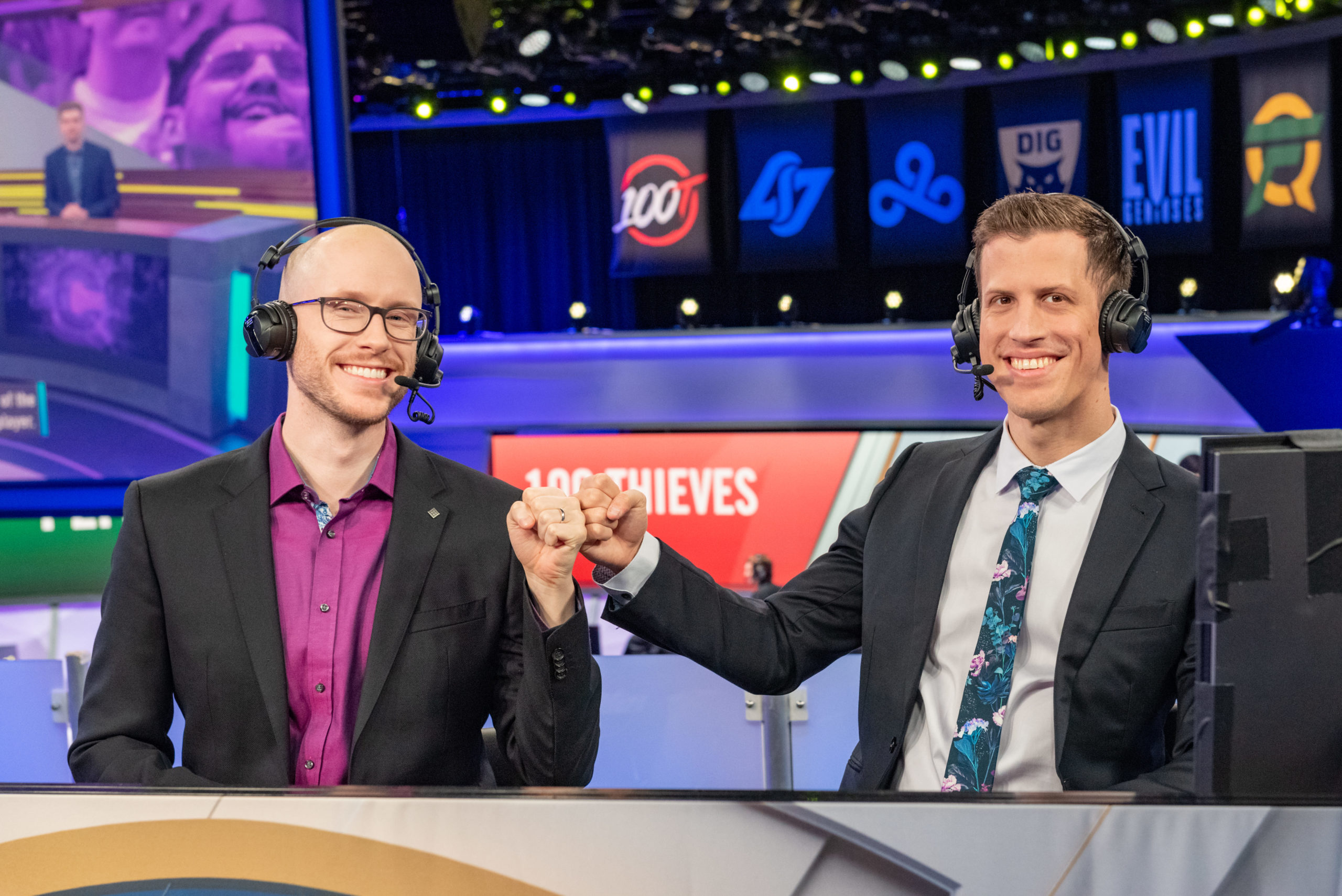 To all LCS fans aboard, welcome to your first pit stop on the way to the LCS Mid-Season Showdown. With four weeks of the 2022 LCS Spring Split behind us, teams are quickly setting themselves up with a well-fought body of work to prove themselves as contenders for the North American throne.

Some League of Legends teams are thriving with their new environments, while others are floundering at the bottom of the standings. Throughout this season, one team has been consistently thrust into the spotlight: Cloud9. These past three games brought similar results for the best team of the superweek as they swept through with perfect results, and are represented well in this edition of Dot Esports’ LCS Team of the Week for week four.

Cloud9’s new Korean top laner Summit has become the standout star of the LCS. And this weekend, the week four LCS Spring Split Player of the Week displayed his dominance in a 3-0 week for his team.

This past weekend, Summit showcased his champion pool when he played Graves, Jayce, and Gnar in three games. His constant pressure in lane helped his jungler Blaber have presence on Hecarim throughout the three games as the C9 top laner decimated his top lane opponents in the early game.

Summit dealt 680 damage per minute, 33.4 percent of Cloud9’s damage throughout the week, and held an 11-CS lead at 10 minutes, according to Oracle’s Elixir—all of which led all top laners throughout week four.

Throughout the superweek, the 23-year-old early-split MVP candidate also amassed 15 kills and 18 assists.

Summit’s consistency and starpower has been a joy to witness, and his team has flourished because of his leads in top lane. C9 are currently tied for first in the LCS 2022 Spring Split, and if Summit continues to perform like he has in the LCS, C9 could be looking at their fifth LCS Split title.

C9’s experimental roster has built one of the most convincing campaigns in the league, after only dropping two games through the first half of the 2022 LCS Spring Split. Although the roster has a handful of new names in the lineup, the team’s MVP-caliber jungler Blaber has remained one of the top players in the region.

During the past superweek, the 22-year-old superstar played Hecarim three times in a row against top teams like Dignitas, 100 Thieves, and FlyQuest, much to the amusement of C9 fans everywhere. He racked up a league-leading 36 assists and an impressive 10.5 KDA, according to Oracle’s Elixir. He was active across the entire map, taking part in 76.4 percent of his team’s kills by setting up engages with a well-placed Onslaught of Shadows. By starting skirmishes and beating down on his enemies, he dealt the third-highest average damage to champions per minute in his role.

His consistency has been refreshing to see, and his teammates are reaping the rewards alongside him. Look for Blaber to be in the MVP discussions this season again if C9 continue to be a top-two team in North America.

There might have been some question marks around Fudge’s sudden swap to the mid lane for 2022. But after some great performances through the season’s first round robin, the young star is quickly shedding away any doubts around his form.

Like Blaber, Fudge is one of the two players left from C9’s 2021 roster, but he has continued to grow at a rapid pace. He has already played eight unique champions out of his first nine games, and collected 17 kills, 24 assists, and a single death on the way to a massive 41 KDA this weekend, according to Oracle’s Elixir.

He has found the perfect stride in his new role and will be a key part in the team’s hopes for another LCS championship. Barring some kind of horrendous slump from C9, Fudge should be in the running for All-Pro First Team honors by the end of the split, battling for the award against the return of NA’s G.O.A.T., Bjergsen.

The marksman from New Zealand has had a long and arduous journey in the LCS. After his short and relatively unsuccessful stint on TSM, Lost found a new home in Golden Guardians. Though historically one of the LCS’ bottom tier teams, Lost’s contributions have turned Golden Guardians into a playoff contender, currently tied for third place.

Week four accented the sheer impact Lost has had on this newly renovated Golden Guardians. Along with being second in overall kills (38) for the season, this week Lost held the highest overall kill share (48.6 percent) and the third highest kill participation (65.7 percent), according to Oracle’s Elixir.

Though Lost may not have the highest KDA or highlight reel-worthy plays that other ADCs may boast, his role in Golden Guardian’s sudden rise has been integral. Lost acted as a catalyst for Golden Guardians in countless games but has also given a solid foundation in the bottom lane that allowed other players, such as Ablazeolive and Pridestalker, room to shine. The ADC has certainly come a long way from the “TSM Lost” memes; he now leads Golden Guardians through the final stretch of the LCS regular season as a playoff hopeful.

Perhaps the most undervalued support in the LCS, Immortals’ Destiny helped bring his team two much-needed wins during the superweek against CLG and FlyQuest. Across the weekend, he put up the second-most assists among all LCS supports with a total of 34. In fact, his combined scoreline of 1/5/34 was just outdone by Evil Geniuses’ Vulcan, who one-upped him with a combined scoreline of 1/5/35. Most of those assists came in last Friday’s game against CLG, a match in which Destiny played Karma, and might have produced the most visually satisfying scoreline ever put up by a pro support player. With a final line of 0/0/20, Destiny caught the eyes of our TOTW voters and continued to keep the watermark high throughout the weekend.

Just one game separates eighth from third in the LCS after the first round robin, and although Immortals might be closer to the bottom of the league than the top with a record of 4-5, strong performances stemming out of the support role could continue to keep the team in the playoff discussion with four weeks left on the schedule.