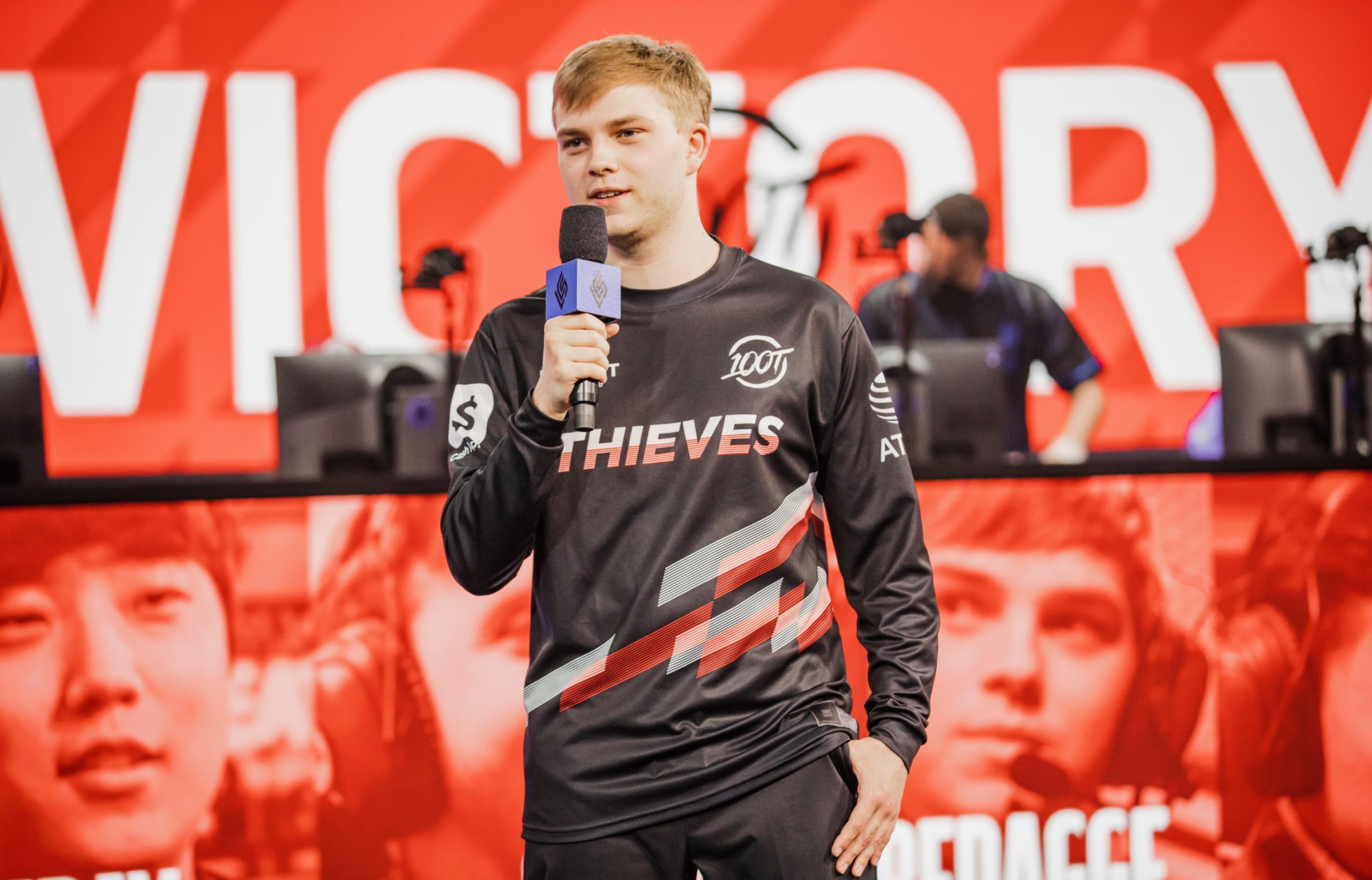 The second week of the 2021 LCS Summer Split brought about shifts in the standings and our power rankings. The league is still refinding itself after several weeks off and the teams who’ve come out swinging are setting the tone for the rest of the region.

At the beginning of last week, TSM claimed the top spot in both the LCS standings and our power rankings. This week, two different teams sit in both of those locales, with TSM nowhere to be found.

The landscape of the LCS looks mostly the same, but there are some noteworthy changes that have most definitely impacted the way we’ve drawn up our power rankings for the week. We asked Dot Esports’ League of Legends writers to vote on the current strengths of each team in the LCS after two weeks in the Summer Split. Here’s how they each stack up in the latest edition of our LCS power rankings.

After two weeks, it’s clear that something needs to give with both of these organizations. For CLG, it’s been a rough year so far—scratch that, it’s been a rough few years for many of the people who still have faith in this organization. This roster, on paper, should have enough experience to eek out a few more wins, but nothing has worked so far.

Now, people have started to raise questions on whether it’s time to truly blow things up and restart the whole process from scratch. Long gone are the days of CLG’s heyday where the team challenged the best, fought for LCS titles, and rose up against some of the world’s titans at MSI. After multiple bottom three finishes—and another one seemingly on the horizon—it might be time to consider wiping the slate clean with some new, fresh talent and maybe even some new names within the coaching staff and management.

As for Golden Guardians, fans and critics can’t say much since they’re performing just like people expected them to when the org announced that it was going to go for a more “developmental” roster for 2021. The org did make some changes to its roster before the 2021 Summer Split by bringing in Solo and Chime, but neither of those players have shifted the needle for their possibility of a playoff berth. Because of this, Golden Guardians should look to continue giving more stage time to their growing LCS players like Ablazeolive and Iconic.

Last week featured another vicious battle between the teams in the middle of the standings. From undefeated weekends and taking down teams at the top of the ladder to winless performances, there was a lot of action between Immortals, Evil Geniuses, and FlyQuest—resulting in them shifting within our rankings this week more than any other group of teams. While each has had their moment to shine, EG ultimately came out as last week’s victor between the three teams and thus saw the most positive movement within our rankings.

All eyes have been on the debut of Danny as EG’s starting ADC following the team’s shocking decision to bench Deftly. But Danny was the star of the show in their unexpected win against Team Liquid and now he certainly has our attention. Besides the towering Cloud9 and TSM, EG are the only other team that’s successfully taken down Liquid since week one. That, combined with their triumphant victory over an IMT squad that started 3-0, has pushed EG up two places in this week’s power rankings.

In week one of the Summer Split, Immortals took over LCS conversations. Against all odds, the team that’s stood in the middle of the pack for some time scored a perfect weekend. But they couldn’t keep up that pace and joined the 0-3 weekend boat. That’s not to say we shouldn’t be continuing to keep an eye on Xerxe, who’s consistently been referred to as one of the best Rumble jungle players in the LCS. But due to this rough weekend, we’re knocking them down a bit in this week’s power rankings. That first weekend gives us hope, though, that Immortals will find their footing soon.

And then there’s FlyQuest. Oh, FlyQuest. We’ve been much more invested in your various campaigns than your gameplay as of late. And unfortunately, this week didn’t change that much. To be fair, they had a rough weekend of matchups. Losing to C9 certainly isn’t a make-or-break situation, but being completely run over by them is. They also lost to Golden Guardians, who, in all fairness, have been looking a lot better as of late. Though we’re only reaching the third weekend of the split, FlyQuest for us seems to be playing an endless game of tug of war, only occasionally picking up close victories that don’t make them look any stronger.

In terms of rosters, TSM have somehow found themselves as the model of stability in the LCS through the first few weeks. But after looking like that in terms of gameplay through week one, the wheels fell off a bit this past week. There’s no shame in losing to 100 Thieves these days and TSM did well to stretch what should have been a blowout into a near-32-minute affair all things considered. And they did take care of business against an increasingly hapless CLG. But the loss to FlyQuest in quick fashion will give TSM fans that all-too-familiar feeling of not knowing quite where their team stands in the LCS pecking order.

Liquid had a solid enough week, but the top of the heap in the LCS looks just a hair better. That being said, two individual players deserve any and all positive attention they’re getting. Tactical has been playing some of the best League of his last six months and Jenkins deserves immense credit for his play under pretty brutal circumstances. His teamfighting on Gangplank, a notoriously hard champion to do so on, looked so easy it made me think I could do it. I can’t. But neither can many professional top laners, at least not the way Jenkins could in his last two appearances on the champion.

Dignitas remain the league’s gatekeepers in this power ranker’s eyes: beat the teams below you (Immortals), lose to the teams above you (Liquid and C9). Dardoch is leaning right into the Divine Sunderer meta and performed well on Xin Zhao against Immortals, while Neo continues to be one of the underappreciated domestic ADC talents in the region. So please don’t put him on Seraphine. That’s no fun for anyone.

The Summer Split is kicking off just like the Spring Split did. 100 Thieves and C9 find themselves both vying for a spot at the top of the LCS. And although C9 own the edge in the official standings, it’s 100 Thieves who claimed the top spot in our rankings this week. They’ve shown a staunch increase in momentum that’s propelled them all the way to the shores of title contention.

Mainly, the reason for the disparity between the LCS standings and our rankings boils down to this: C9 aren’t playing at their full strength yet while 100 Thieves seemingly are. As long as C9 play an underdeveloped rookie in K1ng over a proven, multi-region champion in Zven, there’s no way we can accurately say with a straight face that C9 are playing at full strength. I mean, come on, have you seen what Zven is doing at the Academy level? He has 59 kills and a 9.5 KDA through 11 games, according to Oracle’s Elixir. What exactly is he doing down there?

Right now, 100 Thieves have been the hottest team in North America. With the recent performances of Abbedagge, FBI, and CIoser in mind, it’s hard to claim that there’s been any better-performing squad in the region through the Summer Split’s first six games. Those three players in particular rank first, second, and third, respectively, among all LCS players in KDA, according to Oracle’s Elixir. If they continue to leave the rest of the league behind in terms of personal play, it will only be a matter of time until they leave the league behind in the standings as well.