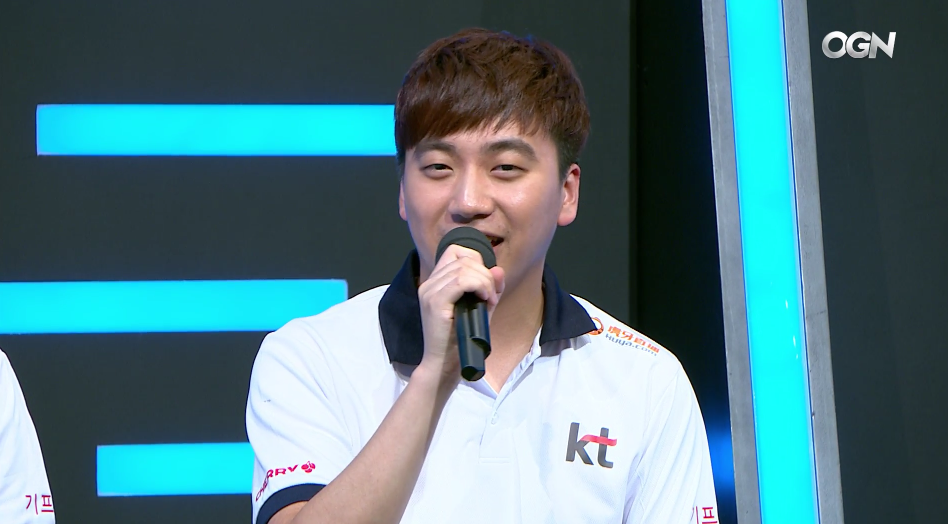 KT Rolster are on the board in the LCK Summer Split after a close encounter with Afreeca Freecs.

Coming off a loss to the newly formed Longzhu Gaming roster earlier this week, KT Rolster knew that a win today was necessary to avoid ending the first week of the Summer Split 0-2 in the standing.

KT Rolster had a challenge set before them against the Afreeca Freecs. Although it wasn’t executed in the cleanest fashion, Afreeca showed in their first match against the Ever8 winners that they could close out games. And as game one progressed, this series started to look bleak for the Korean superteam.

Afreeca’s Lee “Spirit” Da-yoon completely out jungled Go “Score” Dong-bin in game one. Not only was Spirit able to kill Score early into the game, but Spirit executed successful ganks that earned his team both kills and objectives.

The rest of Afreeca beautifully transitioned this early lead provided by Spirit into the mid game, shutting down any attempt at a play made by KT.

KT, fed up of playing passive, tried to contest a dragon—an idea which would ultimately be their downfall. A poor engage by KT let Lee “Kuro” Seo-haeng get a four man Galio taunt, winning his team the following fight.

After an early teamfight ace, KT found themselves with a lead for the first time during this series.

Determined to keep hold of this newfound lead KT began to play extremely aggressively, tower diving in hopes of extending this advantage. Luckily for KT these dives paid off earning them a game two victory.

KT tried to carry this aggression into game three, but the results were much less successful. KT’s dives were resulting in net losses due to the amount of manpower committed to these plays for little to no reward.

Afreeca on the other hand focused on macro play, finding kills through better map rotations.

25 minutes into the game Afreeca, who were clearly in the lead attempted to trade a couple of kills for the Baron. Unfortunately for Afreeca, the three man squad tasked with taking the Baron couldn’t secure the buff fast enough. Score, who made a mad dash across the map, was able to steal the Baron swinging the lead over to KT.

With the Baron on their side, KT could rush into Afreeca’s base, destroying any turrets in their way.

Afreeca tried to halt KT’s relentless push with a flank, but Jang “MaRin” Gyeong-hwan’s teleport was simply too far away. Before MaRin could reach his team the fight was over.

Now with a man advantage, KT could close out the series, swatting away the remaining Afreeca players as they took out the Nexus.