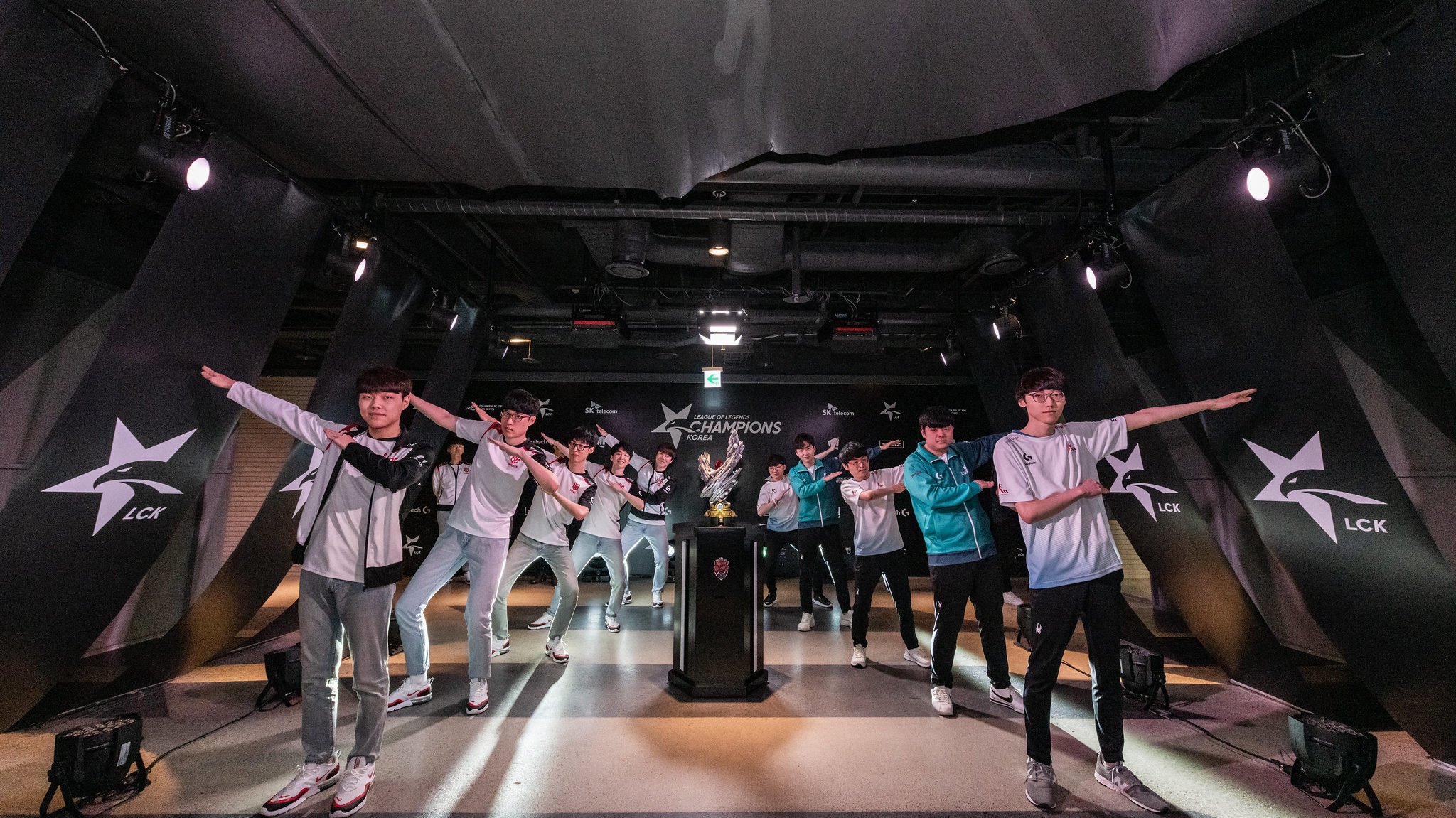 For over a year, we wondered if Korean League of Legends would ever be the same. China winning MSI 2018 wasn’t that big of a deal. China had won that tournament before and fallen short again. But after LPL teams took down the LCK at Rift Rivals and Worlds, it seemed like a new world order had started.

But after Rift Rivals 2019, that storyline has been upended. Sure, there are several strong LPL teams—the league is perhaps the deepest it’s ever been. But after Korea’s dominating 3-1 victory, it’s clear that a new era of the LCK has arrived.

And the best part? Korea didn’t send a collection of veteran-laden teams on a mission for revenge. In fact, just one team—SK Telecom T1—even existed three years ago. This year, Korea has gone all-in on youth, and that’s made all the difference.

The story of the new-look LCK started with a jungler. Lee “Tarzan” Seung-yoong wasn’t a known commodity when he helped his team get promoted to the big leagues in the middle of 2018. But people have taken note of him since. Griffin came into the LCK and immediately went on an unfathomable winning streak. Only a few playoff hiccups have kept them from being anointed as the next hottest thing in League.

That has to be disappointing for Tarzan and Griffin, who in true Griffin fashion, lost in yet another best-of-five scenario at Rift Rivals. They had to play China’s best team—FunPlus Phoenix—while leaving their LCK brethren to take on lesser LPL teams. But in a way, it’s almost good that this team that started so fast has had to go through some adversity. This isn’t 2013 or 2015 when Korean teams could show up and seemingly win big international tournaments. Having some nerve and gumption could serve them well.

Tarzan was first in a wave of young Korean junglers who eschewed the older style of playing around vision lines and setting up for objectives. He’s much more interested in doing damage and carrying from his position.

Look around the league and you see a lot of junglers in his image, from SKT’s Kim “Clid” Tae-min to Damwon’s Kim “Canyon” Geon-bu. In fact, the only junglers who really grew up in the era of green smite, when junglers served as vision and CC bots, are KT’s Go “Score” Dong-bin and KINGZONE’s Moon “Cuzz” Woo-chan. Gen.G jungler Han “Peanut” Wang-ho doesn’t really count—SKT failed to turn him into a true vision bot.

The way that Tarzan and these other young, exciting junglers play suits the current meta perfectly. You have to go fast to keep up with the LPL. The biggest criticism of Tarzan and Griffin in their loss was that, with the jungler playing Sejuani and no pressure in the bot lane, they didn’t go fast enough.

Damwon and Canyon got the message in the next game. They put up 10 kills in less than 15 minutes and sealed the deal before the lane phase even ended. Korea has arrived, and it’s younger and faster than ever.

And it’s not just young teams. Older squads like KINGZONE and SKT have also made it back to the top with younger players in tow. In the Rift Rivals final, both teams picked up wins to build a 2-0 lead for the LCK and give Damwon the chance to close things out.

SKT continue to suffer a mental block against Invictus Gaming, losing to them yet again in the group stage. But they came back with a vengeance against Top Esports in the final, putting together a masterful turret dive at six minutes to swing the game in their favor. It’s the type of decisive early game action we’ve been asking for from a squad that’s struggled a bit to start the Summer Split.

KINGZONE’s performance in their finals win over IG was even more impressive. It came in large part because of Cuzz’s willingness to play Karthus, a champion Korea is historically not fond of.

The rest of his team played safe and let him scale—not an easy task against the reigning world champs. Let IG start too big of a snowball, and things can get out of hand, quick. But safe play eventually got the Karthus online. Combined with some absurd teamfighting from bot laner Kim “Deft” Hyuk-kyu, the team’s MVP all year, and Korea finally posted a win over IG in a game that mattered.

The LCK will need that type of play from veteran teams when Worlds comes around. The three darlings of the league are Griffin, Damwon, and Sandbox, the last of whom narrowly missed an invite to Rift Rivals. All three were promoted to the top league within the last two seasons. And while they’re all fun to watch in different ways, it would be an extreme risk to see three new, untested squads represent Korea at Worlds.