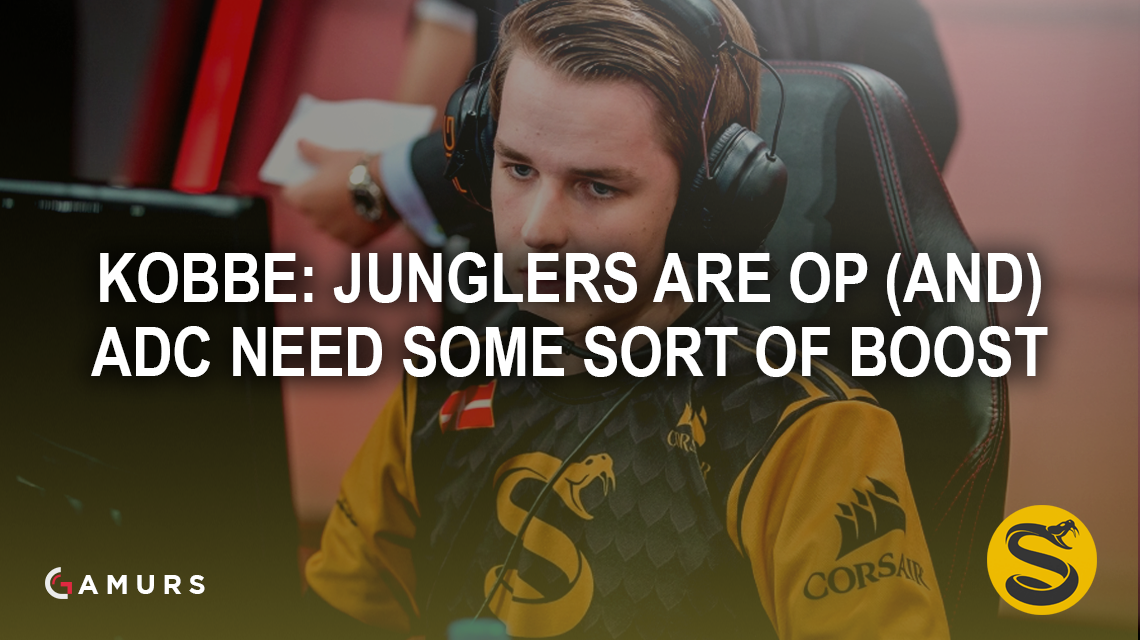 What are your thoughts on the recent changes to the EU LCS landscape?

Kobbe: I think moving from best-of-two’s to bo3’s is definitely the right choice. I can’t tell yet if I like the format change with five teams in two groups. There are obviously good things to it, but also bad. I don’t like the snake draft where G2 and H2K alone will create the groups. With that we will most likely see two quite imbalanced groups in terms of strength. I don’t have a lot of thought about the rest of the changes. It will be a lot easier to see with time.

What are the teams you would favor being put into your side of the draw, group-wise for the EU LCS?

Kobbe: I don’t necessarily favor playing against anyone. Teams like G2, H2K, UOL and ourselves should on paper be the strongest at least in the beginning of the split since these teams kept the majority of their previous rosters. With the six remaining teams there are a lot of question marks and it is really hard to say who will be good and who will be bad, with all the roster changes. I expect teams like Giants and ROCCAT to be pretty weak.

How do you feel the new game changes will affect your role in the Season 7 meta?

Kobbe: I don’t like the current meta too much, at least for my own role. Junglers are pretty OP and have way too much impact, while I think ADC’s need some sort of boost in the early/mid game. It takes too much time and you need 3-4 items before you can really impact the game.

With the team sticking together for the upcoming season, how do you plan to take your experiences from summer split and Worlds and maximise the potential of the team to fight for that No. 1 seed this season?

Kobbe: With everything we went through in 2016, I am really excited to see how far we can go in 2017. What we lacked at many times was experience, since it was the rookie year in LCS for four out of five of our players. All of us will continue to work hard and since we know each other so well now, things should be easier with communication and how we work as a team.

What is your relationship with YamatoCannon like and can you give us some insiders into his coaching style?

Kobbe: I would say I have a pretty close relationship with him, I fully trust him and we can talk about anything. I am very grateful to have worked with him for the past year, not only because of all he did for the team, but also with how much he helped me grow as a player and a person. I don’t wanna talk too much about his coaching style, I will just say he has a really good understanding of how the game should be played.

Do you feel that Splyce is in a better place then the rest of the EU LCS as one of the few teams to retain its original roster?

Kobbe: Well I think most people expect us and G2 to be in the top of the standings, but the competition will be harder this split. Many of the teams have the potential to be in the top, it just comes down to if the players work well together. A team like us won’t have to use time on finding synergy. I am really excited to see how good the new Fnatic lineup can be.

You guys had quite the year, going from challenger series to No. 3 seed for EU at worlds, how did you guys do it and what did it feel like to get so far in the space of just a year.

Kobbe: It feels great now just looking back at the entire year and thinking about how much we have accomplished already. I think it was just mainly due to the fact that many teams fell apart in the summer split, while we kept getting better and better.

Going to Worlds, what did you guys do to prepare mentally and physically for the tournament and looking back now, is there anything you would have personally done differently to prepare or in certain matches?

Kobbe: As many others we bootcamped in Korea for 2-3 weeks prior to the tournament, scrimming every day and just really tryharding, nothing out of the ordinary. There are a lot of things we and I could have done different, I am mostly sad for our game against TSM, where we threw a game we should have won for sure.

Lastly, as with most interviews I conduct, I just wondered if you had anything to say to the fans, please let them know!

Kobbe: I would like to say thank you to the fans for following and supporting us and I hope you will keep doing it.

I want to thank Kobbe and Splyce for their time in the interviews, we wish them ‘Happy Holidays!’ from all of us in GAMURS and appreciate the time they gave to answer some questions for us.