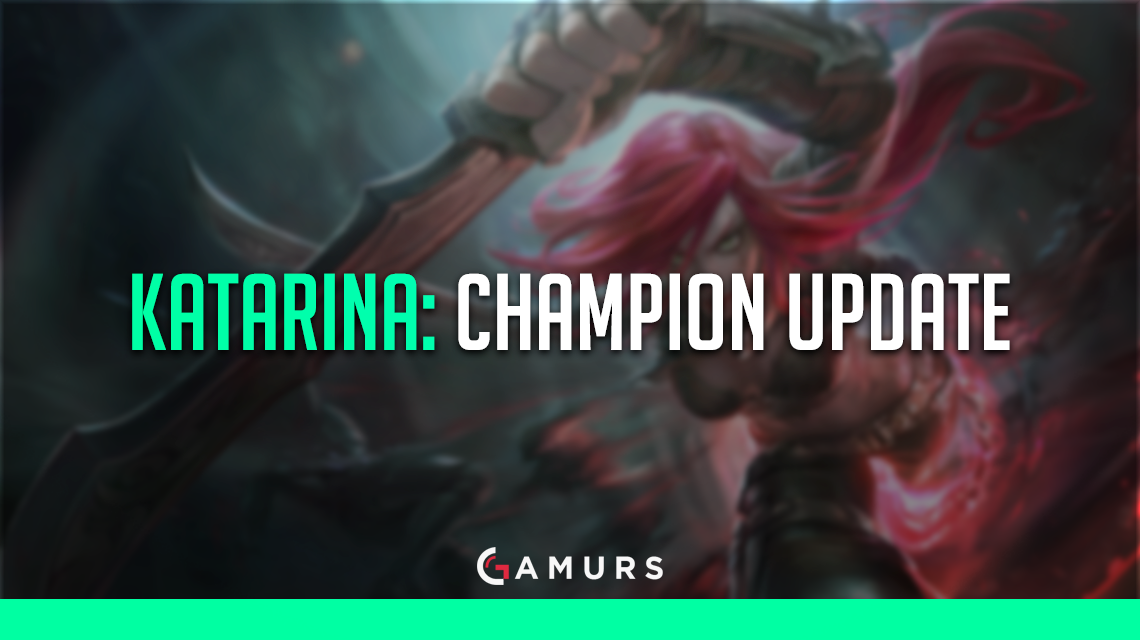 Riot just released a video about Katarina, showcasing the updates made to this champion for the upcoming season and giving a quick rundown on what players should expect the new Katarina to play like. You can view the video below.

Her update generally centers around staying mobile and taking part in fights without risking everything in a do-or-die style.

Her Q now leaves a dagger on the ground by her first target, and picking it up deals damage in a small area.

Her new W, Preparation, increases movement speed and throws a dagger in the air. After a few moments, it drops back down and picking it up does damage in a small area again.

Shunpo, her E, no longer has to lock onto a target and she can choose where to appear, either on the side or behind her opponent.