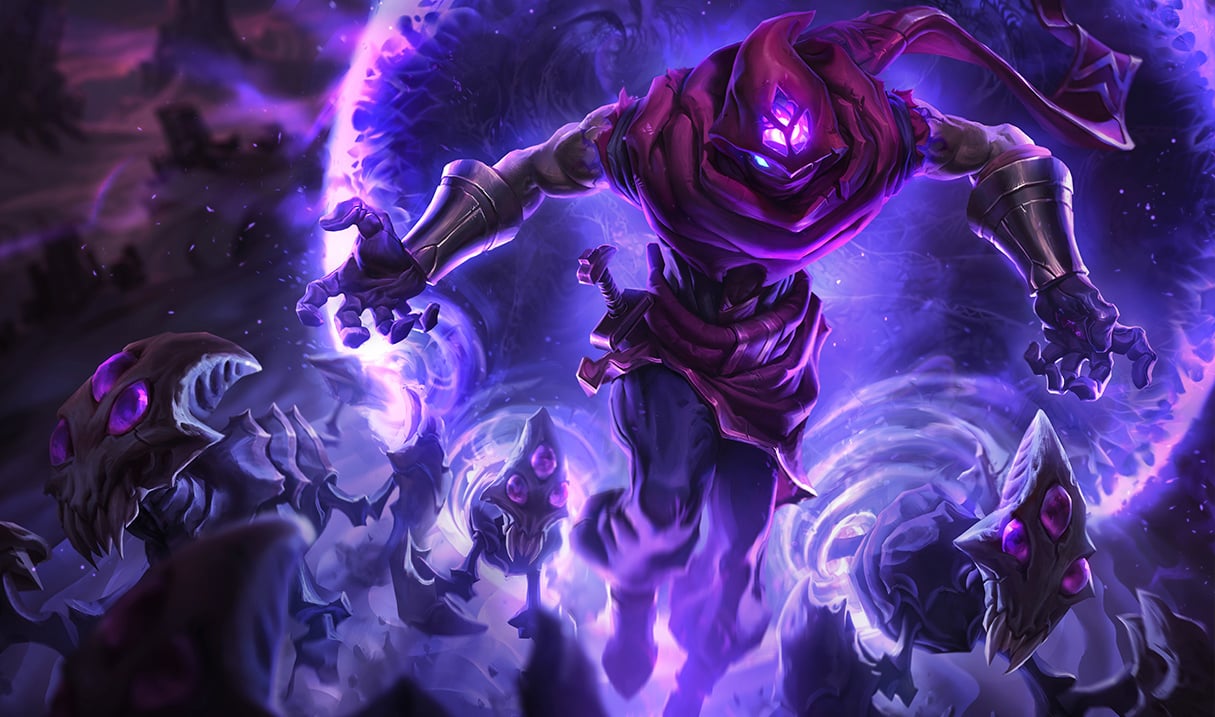 Kai’Sa is arriving in League of Legends with Patch 8.5 next week, and Riot is rolling out the red carpet for her with some sweet, sweet lore.

More specifically, the lore of both Kassadin and Malzahar have been updated with fresh, new stories, and they’re jam-packed with about as much drama as a typical soap opera. There’s revenge, corruption, parental mysteries on par with Jon Snow in Game of Thrones, and finally, religious cults… also like in Game of Thrones. Maybe League is just the video game equivalent of Game of Thrones? That’s a fan theory that’s hard to prove, so let’s just dive into the new lore, instead.

Without ruining too much of the story for the lore fanatics reading this, it seems that the purpose of these lore revamps was simply to tie the game’s other Void champions to Kai’Sa in some way. The stories all but confirm that Kassadin is indeed Kai’Sa’s father, a theory that started when Kai’Sa and her reactions with other champions were pushed onto the PBE.

The lore also seems to paint Malzahar as a mysterious prophet and cult leader, and that he and his followers are responsible for Kai’Sa and Kassadin’s transformations, as well as Kassadin’s wife’s demise.

Although that really, really sucks for Kai’Sa, her mother, and Kassadin, the story doesn’t make you hate Malzahar outright. Instead, he’s depicted as somewhat of a sympathetic villain with a tragic upbringing, much like Loki from the Marvel Cinematic Universe who just wanted his father to love him as much as Thor. How cute.

The quaintness ends there, however, because Malzahar predictably heads down the path of a mass murderer. After sacrificing swaths of innocent people to the all-consuming Void that seems to have given his life purpose, it’s really hard to like him.

Or, you know, unless you’re into that kind of thing. We won’t judge you (publicly).