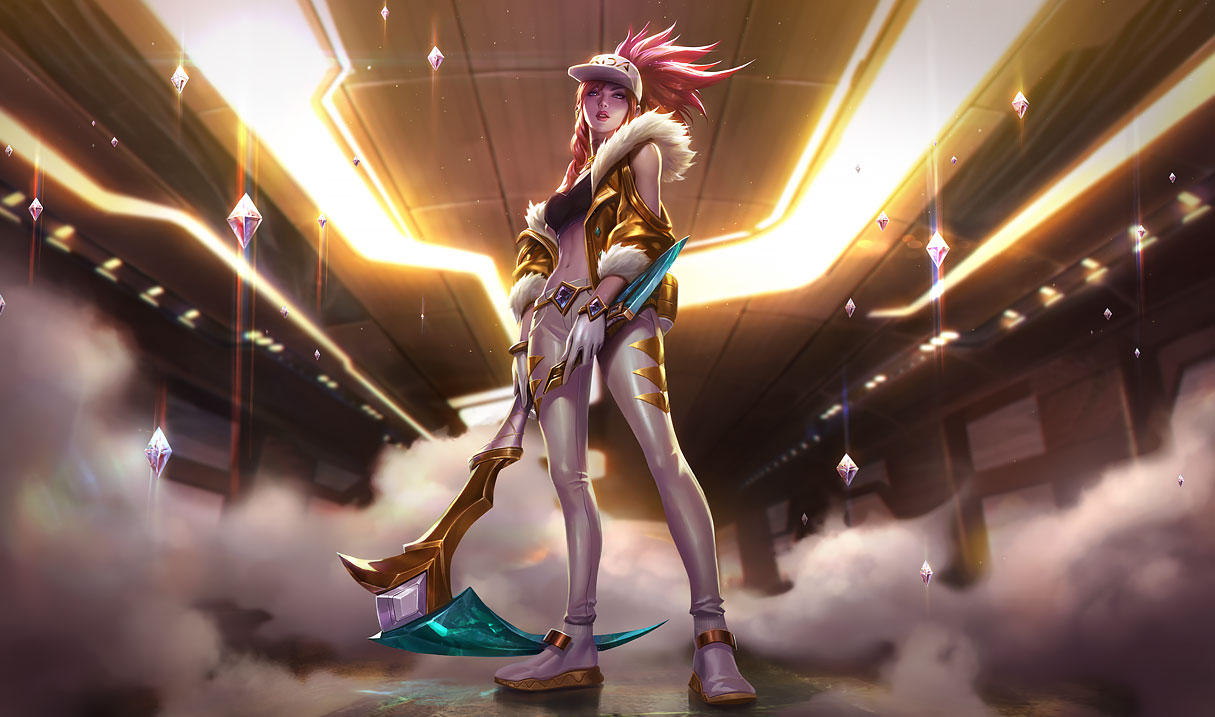 Following in the footsteps of Kai’Sa and her K/DA skin, Akali is getting her very own Prestige edition skin in League of Legends, completely separate and unique from the normal one.

The skin arrived on the PBE today, splash art included, but otherwise next to nothing is known about this special edition version of K/DA Akali. Prestige K/DA Kai’Sa was a reward for turning in a gigantic heap of Worlds tokens from the in-game Worlds event and the following after party event, so we imagine Akali’s will be tied to an event or missions somehow, too. But so far, we can only speculate on what that is.

To us, the best guess would be the start of the 2019 ranked season, as Prestige Kai’Sa was tied so closely to a competitive event, it would make sense for Akali as well. It could also just be a reward for any currency you can earn in an upcoming winter event, if there is one, that just wouldn’t be keeping in theme with the competition. Then again, there’s nothing saying it has to.

It is possible there will be a winter event, though. Alongside Prestige Akali, several winter skins were added to the PBE today, too. Skins for Mundo, Neeko, Soraka, and Master Yi were all pushed to player testing following a leak earlier today about their existence. Skins don’t always necessarily mean an event is inevitable, but it’s all the evidence available at the moment.

Regardless, this skin is a part of the Patch 8.24 testing cycle, which means the earliest it could possibly arrive is about two weeks from now.