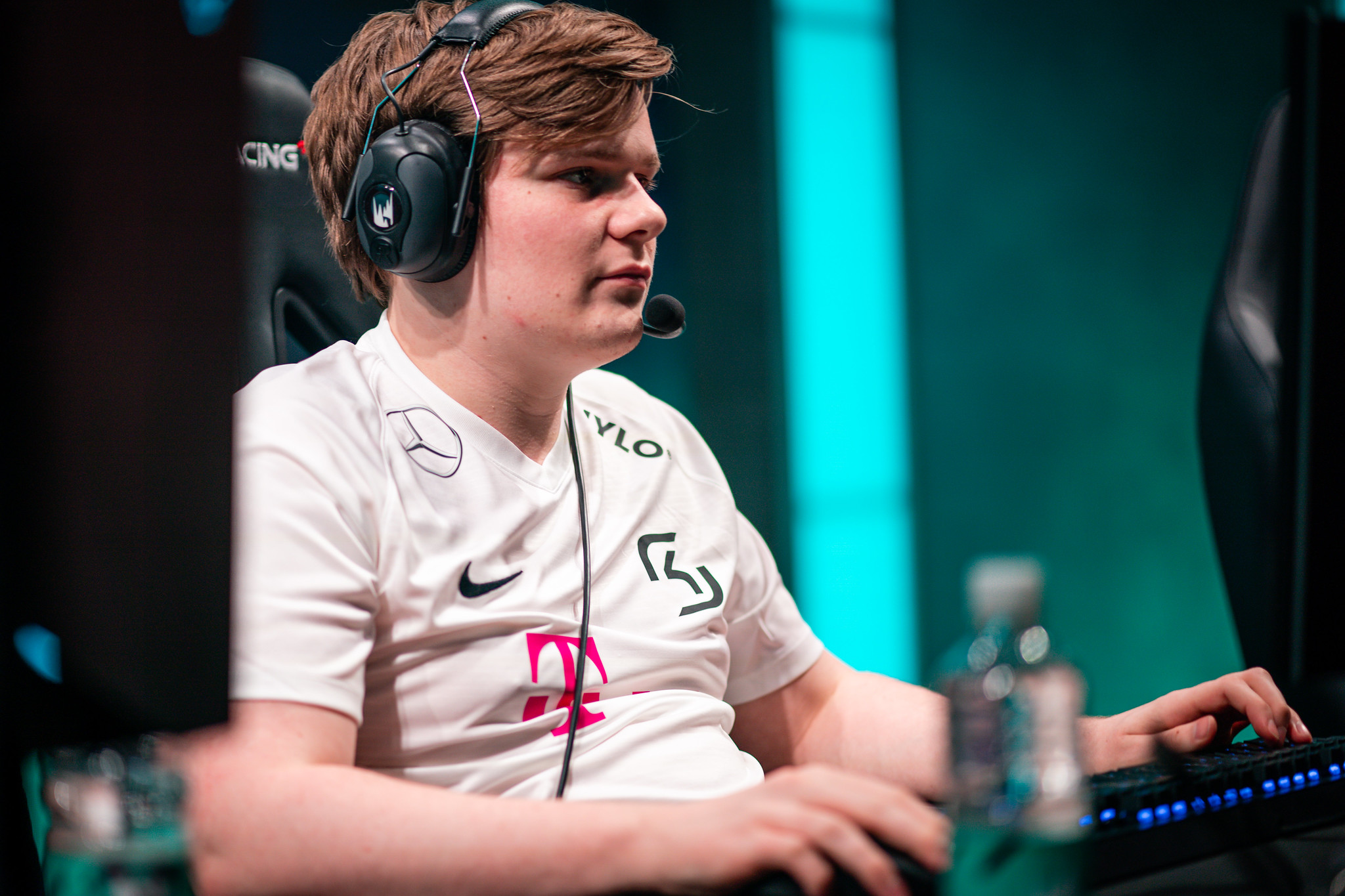 SK Gaming beat Misfits Gaming today in the fifth week of the 2021 LEC Spring Split off the back of an amazing performance by top laner Jenax.

The 22-year-old used Aatrox to take over teamfights while his team was behind and was the main reason why SK managed to get this win. He finished the game deathless with eight kills and four assists, receiving more than 80 percent of the votes for the Player of the Game award.

There was no clear favorite going into this League of Legends series. Both teams have had their ups and downs throughout the split but have shown great improvement recently.

Misfits and SK traded blows across the board to start the game and both squads kept up in farm and objectives. As the game progressed, Misfits seemed to be in the lead after taking down the Nexus towers of SK, but they were pushed back after a heroic effort by Jenax’s Aatrox.

The match culminated in a teamfight for the Infernal Dragon Soul. While Misfits executed their plan of deleting the enemy carry at the start of the fight, Jenax made up for the difference in players with his item advantage. His priority on the opposing carries combined with some assistance from his support Jarvan allowed SK to win the fight and push to end the match.

After a shaky start to the split, SK are now 6-5 in the 2021 LEC Spring Split. Following this 2-0 weekend, they’re sitting comfortably in fifth place. They’ll be back on the Rift next week with two matches against MAD Lions and Excel Esports.