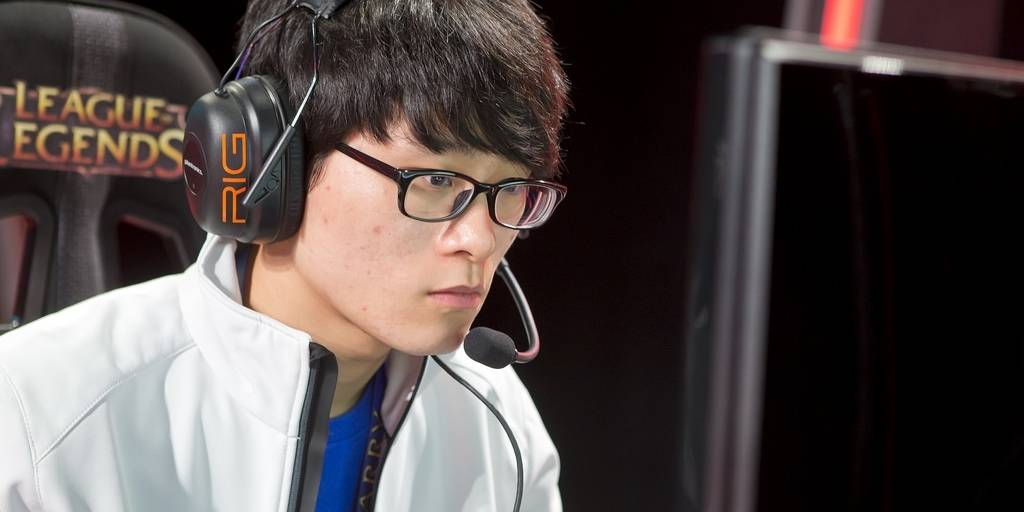 Recently, Doublelift gave an interview where he stated that “I’ve never ever been scared of them cuz they’re pretty bad at playing as a team. Like they just play off Piglet every single game, it’s kind of disgusting.” Doublelift’s comment was accurate. Team Liquid does put an unusually heavy share of their resources on their star AD Carry, and teams playing Team Liquid always know how they want to play. Fans have taken the next step with this criticism, accusing Piglet of selfishness and holding his team back by insisting that they play around him.

The controversy around Piglet is particularly interesting because many of Doublelift’s own CLG teams had been criticized for playing too heavily around him. In fact, Doublelift was frequently accused of holding back his teammates through selfish play to a much more aggressive extent than Piglet. Strangely enough, while both players have gone through periods when they have been accused for their lack of teamplay, they have gone through time periods when the narrative around their poor team play has taken a back seat due to the success of their teams.

While it may be natural for fans to accuse players of selfishness, it’s important to remember that these are competitive teams that are trying to maximize their chances at winning. Although it is possible that players are deriding their teams through selfishness, it’s also possible that they are taking all of their team’s resources because it provides the best and most reliable chances of winning. The cases of Doublelift and Piglet provide a chance for fans to re-examine their perceptions of monopolizing resources. Moving these players from roster to roster served as a controlled experiment of sorts. When Doublelift or Piglet played alongside other talented carry players, they were able to split farm with their teammates and avoided criticism for selfishness. On other rosters, they took an abnormal amount of resources and were criticized for selfishness. While it’s possible that these AD Carry stars were freezing out talented teammates, it’s more likely that focusing on the AD Carry was simply the best way for their teams to win. Before criticizing players for taking too many resources, it might be a good idea to instead examine team dynamics and perhaps blame the manager.

Doublelift’s move from selfish to champion

Ever since Doublelift joined CLG, he has been criticized for an overly selfish and lane focused playstyle. In Seasons 3 and 4, these criticism grew to a fever pitch as fans accused Doublelift of starving his top laners, Nien and Seraph. Many fans felt that Nien and Seraph were talented players with high carry potential, and Doublelift was holding his team back by taking too many creeps and jungle ganks from them. However, the addition of ZionSpartan to CLG saw Doublelift win his first NA LCS championship in Season 5. Meanwhile, Nien moved back to the AD Carry position and failed to qualify for the LCS on Team Fusion or make the playoffs on Team8. Seraph found more success, qualifying for the LCS on Team Dragon Knights, but despite his continual improvement each season, it still seems doubtful that he can win the LCS as the best or second best player on a team. Last season, the main storyline of CLG was that Doublelift began trusting his teammates, which opened up the team. However, a more adequate storyline might be that CLG finally found players worthy of Doublelift’s trust. Darshan was a much more consistent and skilled player than Nien and Seraph, so it made sense for CLG to move resources from Doublelift to the top lane.

On this current TSM lineup, Doublelift is playing alongside two talented solo laners in Hauntzer and Bjergsen. In the spring play-offs, Doublelift outright became a low econ utility AD carry and allowed his solo laners to receive the lion’s share of the resources. On TSM, Doublelift took a further step back when he found teammates with even more carry potential. Doublelift’s career has frequently been marred by accusations with selfishness, but a closer look at his career suggests that he simply takes more resources when his teammates aren’t able to carry with them.

Piglet finds himself in the same spot as Doublelift right now after falling from much further heights. In Piglet’s first professional season on SKT, he played as a flashy secondary carry behind Faker. When Piglet was playing with the greatest mid laner of all-time, he played a secondary role. As Piglet’s individual skill fell off in Season 4, he went on to give up more resources to the top lane, and SKT began playing more heavily around both Faker and Impact. In Season 5, Piglet moved to Team Liquid, joining Quas, IWillDominate, Fenix, and Xpecial. By this time, Piglet’s individual level had risen after a hard summer of training on the Korean solo queue ladder, and he was established as one of the team’s best players. However, Team Liquid tried to use a triple carry playstyle, distributing farm between Quas, Fenix, Piglet, and sometimes even IWIllDominate when he had scaling champions. Although the team’s powerful laners frequently put the team into a strong early game position, TL’s mediocre team fighting doomed them in the playoffs and later the World’s gauntlet. In this case, Piglet probably should have received more resources, since the team wanted to run a teamfight focused strategy and he was the team’s best teamfighting carry. Instead, he stuck with the team’s egalitarian style, perhaps due to a team wide decision or at the urging of his coach, Peter.

On this current TL, Lourlo, Dardoch, and Matt have replaced Quas, IWillDominate, and Xpecial. The team lost one of their carry-oriented players in Quas, and found a much more early game focused pair in Matt and Dardoch. Dardoch has great synergy with Matt, so he frequently finds himself ganking the bot lane. This is a probably the best strategy for Team Liquid because Fenix has already proven himself a poor team fighter when not on Azir, and Lourlo is a very utility focused player. Rather than blaming Piglet for selfishness, it’s important to examine the overall team dynamic. The team naturally trends towards the bottom lane, and Piglet also represents their best hope for late game damage.

Overall, the cases of Piglet and Doublelift have demonstrated the importance of team dynamics when discussing farm and jungle priority. Before criticizing players for selfishness, consider the roster around them.