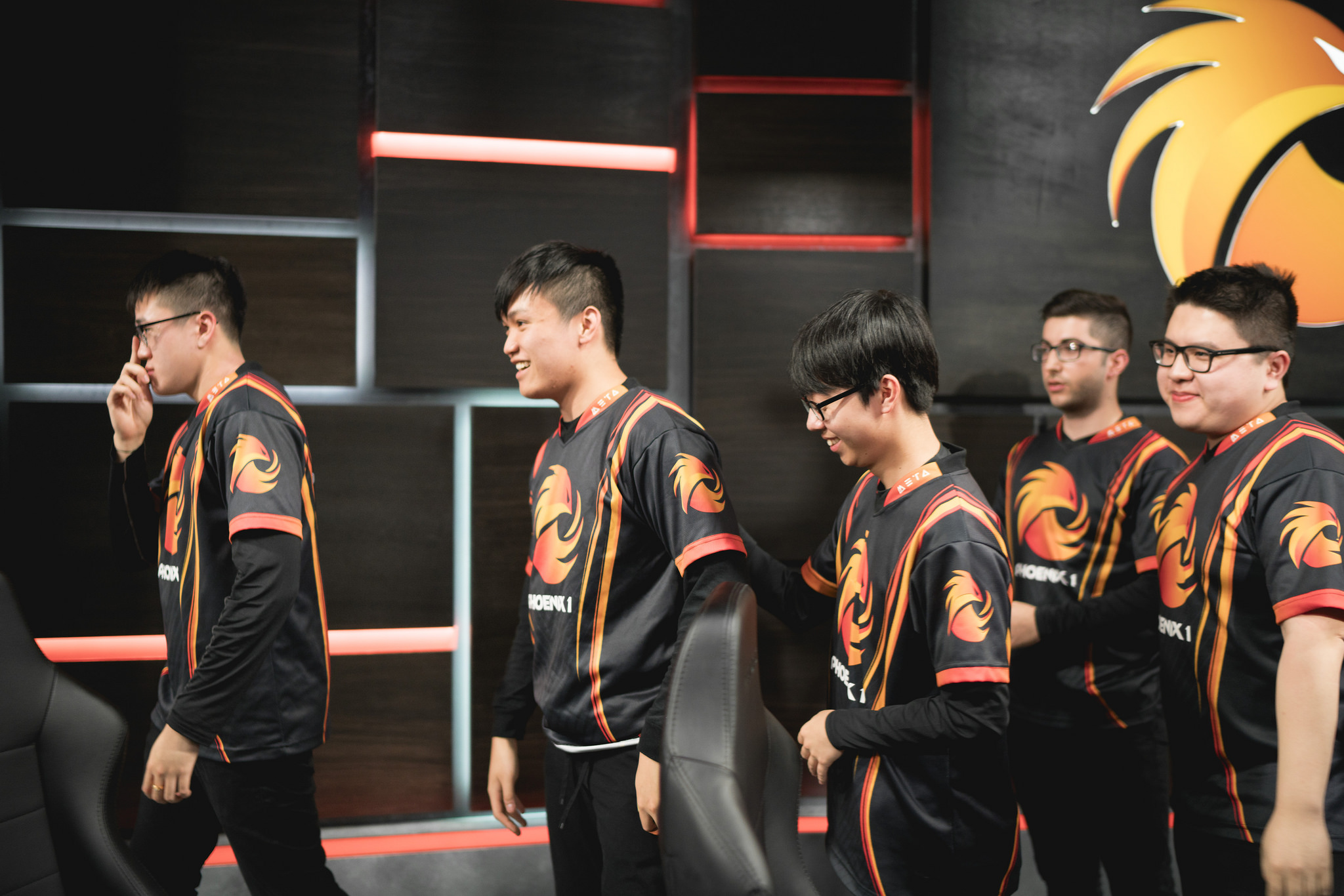 Of the top teams in the North American LCS standings, Phoenix1 is the toughest to figure out. Sure, they’ve beaten Cloud9 2-0 and have done well against teams they “should” beat. But they’ve also lost some baffling games, including two series to CLG in which the team looked discombobulated.

With recent roster moves, P1 looks like an incomplete team even as we approach the finish line.

The brief boost they got from signing William “Meteos” Hartman, who helped in the defeat of Cloud9, has worn off. Meteos made more and more questionable decisions over the succeeding games—he’s a good utility player and sets up plays well, but doesn’t look like the guy you want pulling the trigger.

Based on reporting from ESPN, the team is rumored to start Jungler Rami “Inori” Charagh this week after he took a break for personal reasons. But even that transition hasn’t gone smoothly, as Inori’s clashes with support Adrian Ma led to the latter being traded to Team Liquid. In Adrian’s place, P1 acquired William “Stunt” Chen from Team Dignitas. Stunt has played predominantly in the Challenger Series over the last few years, appearing for Dignitas in only three games this split. It’s anyone’s guess how the team will look with Stunt supporting.

They won’t have much time to get him on the same page, as the matches this week aren’t easy. How will the team fare against FlyQuest and Echo Fox?

First up is the grudge match against FlyQuest on Friday. FlyQuest will test Stunt and the team in the early and mid game. Their aggressive early rotations can break a game open before they run into some of the shot-calling issues we’ve seen from them in the late game.

Phoenix1 has an advantage at ADC with No “Arrow” Dong-hyeon playing like the best ADC in the region. But despite getting a huge lead in his first meeting with FlyQuest ADC Johnny “Altec” Ru, Arrow couldn’t close things out. Altec played well in teamfights initiated by his teammates and FlyQuest as a whole proved to be much sharper in teamfights.

This time, Phoenix1 has to continue to active on Arrow’s side of the map. They can’t just rely on him to win the 2v2 lane, not with a new support and FlyQuest’s propensity to bring more members. Also, mid laner Yoo “Ryu” Sang-ook finished the earlier series with decent numbers. But he has to work better with Inori to keep track of FlyQuest’s mid and jungle duo.

When the fights begin, the team will need much more coordination between the supportive members. They can’t leave Arrow and Ryu out to dry like they did in that first series. Inori will have to quickly create, with Stunt, the in-game synergy that he never gained with Adrian. As a team, they’ll need to be crisp on engages, crowd control, and most specifically, peeling for carries.

The match with FlyQuest is crucial not only for P1’s place in the standings, but also for the opportunity to avoid a first-round playoff matchup with CLG. That team got off to an extremely tough start to the split, but they have been playing much more cohesively lately and have specifically given P1 fits.

P1’s second series of the week pits them against Echo Fox. Sitting at 5-7, Echo Fox should be an underdog. But P1 has to be wary of the upset potential; Echo Fox are set up well to take advantage of any troubles P1 has integrating Inori. Echo Fox Jungler Matthew “Akaadian” Higginbotham is still in first place (tied with FlyQuest jungler Galen “Moon” Holgate) in First Blood percentage among NA junglers and his synergy with mid laner Henrik “Froggen” Hansen is steadily increasing.

Echo Fox’ problem has been translating Akaadian’s early leads into useful map pressure. In large part due to Arrow’s superior play at ADC, P1 has amassed the highest first dragon percentage in the league and is second in overall dragon control. They should again call for mid and jungle pressure to take control of the bottom side jungle, where Echo Fox is weakest. In this matchup, they should be more comfortable splitting the map as long as Stunt and Inori work well to set up vision.

All split, P1 has struggled to set up clean victories. Their macro can be disrupted by well-planned team play and when things fall apart, the teamfighting can be atrocious. But this team also has major advantages at key positions, and a 2-0 week would do a lot to establishing Phoenix1 as a real playoff contender.