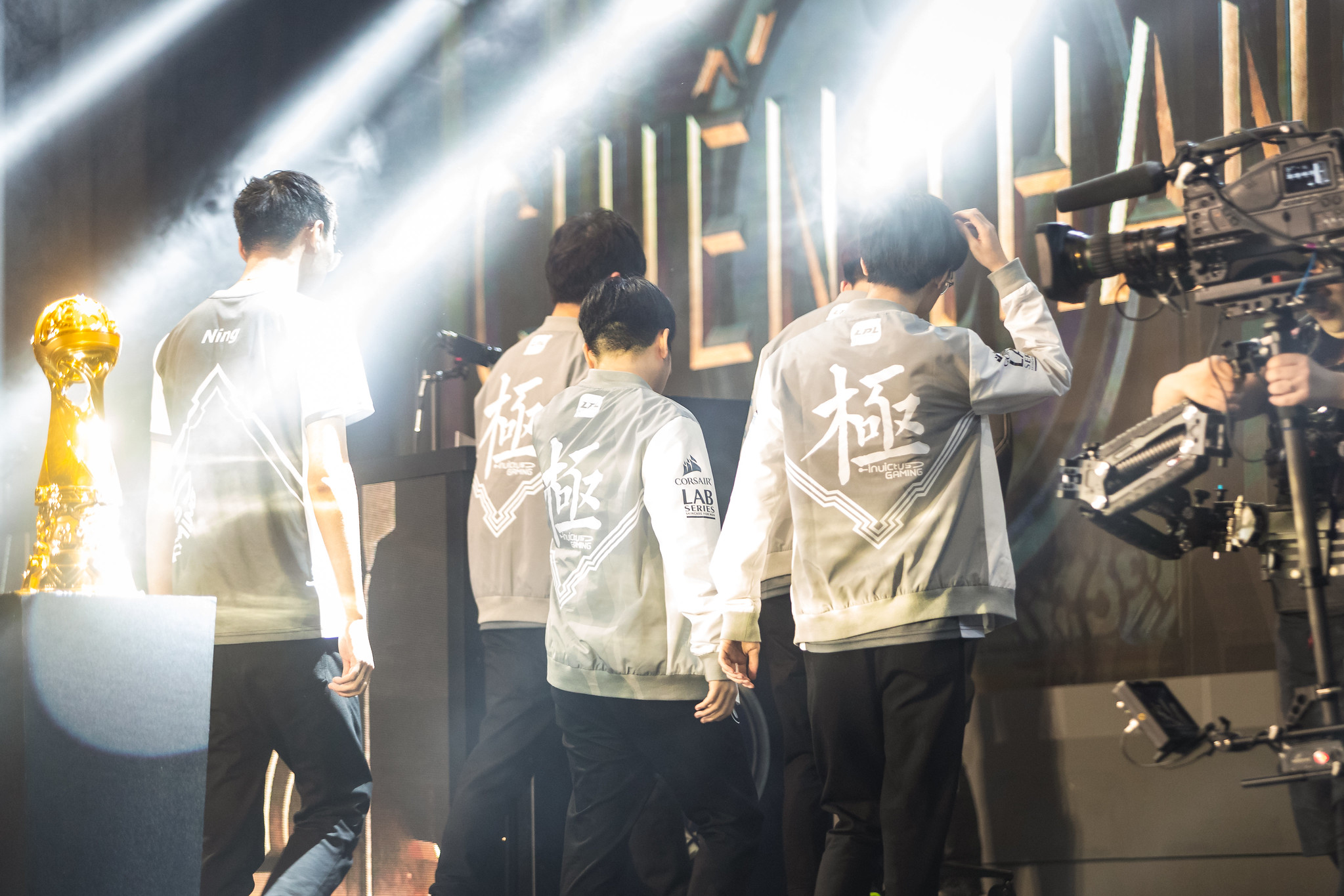 A day after their historic victory over three-time world champions SK Telecom T1, defending world champs Invictus Gaming were pushed to their limit against the underperforming Flash Wolves today. Invictus were forced to make a comeback following a disastrous early game against the LMS representatives.

The Flash Wolves were the only team standing between IG and a flawless first half of the group stage. But after some clever early play, the LPL champs were put on their back foot and had to fight for every inch of the game.

From the outset, this looked like an extremely clear-cut game. The Flash Wolves were limping along with a 1-3 record, with their only win coming against the 0-4 Phong Vũ Buffalo, while Invictus Gaming were the fearless undefeated team in impeccable form. Although the Flash Wolves didn’t walk away with the win, they’ve proved that gods can bleed.

The game was interesting in the jungle early on as Lee “Bugi” Seong-yeop picked up Xin Zhao, a champion seeing play inside the rapidly-forming MSI meta. Gao “Ning” Zhen-Ning, on the other hand, locked in a niche pick in Kayn to be able to brawl with the Flash Wolves.

Kang “TheShy” Seung-lok, regarded as one of the best top laners in the world, began his slippery slope to a 1/8 scoreline as he Lightning Rushed toward a hidden Akali on Kennen, not realizing that Bugi was waiting right around the corner to take him down for first blood 50 seconds into the game. The Flash Wolves sensed that TheShy was vulnerable, and the Korean top laner’s aggression did him no favors as he fell twice more before the six-minute mark. The trademark aggression that IG are famous for was spat right back in their face as the Flash Wolves brought multiple players to all lanes to carry out gank after gank.

Faced with their first loss of the tournament, IG kept the gold relatively even, but again, the Flash Wolves had more numbers in the small skirmishes erupting around the map. With the aid of Rift Herald and superior rotation, the LMS champs kept themselves ahead of the scrambling IG, but a single lapse in judgment allowed Song “Rookie” Eui-jin’s Ryze to Realm Warp his team into the Baron pit. With the big purple worm burst down, Invictus Gaming’s Yu “JackeyLove” Wen-Bo unloaded an artillery of damage onto the hapless Wolves for a clean quadra kill and a massive momentum shift.

The Flash Wolves had to resort to trading the Elder Drake for the next Baron, but quickling slipped even further behind as their base crumbled from IG’s relentless siege. A teamfight in front of FW’s Nexus forced them to retreat and handed over both the second Elder Drake and the third Baron to Invictus.

What remained of the Flash Wolves’ base was shattered as IG won the final teamfight, handing TheShy his first kill seconds before the Nexus exploded. IG now head into their rematch against last-place Phong Vũ Buffalo looking to continue their undefeated streak.