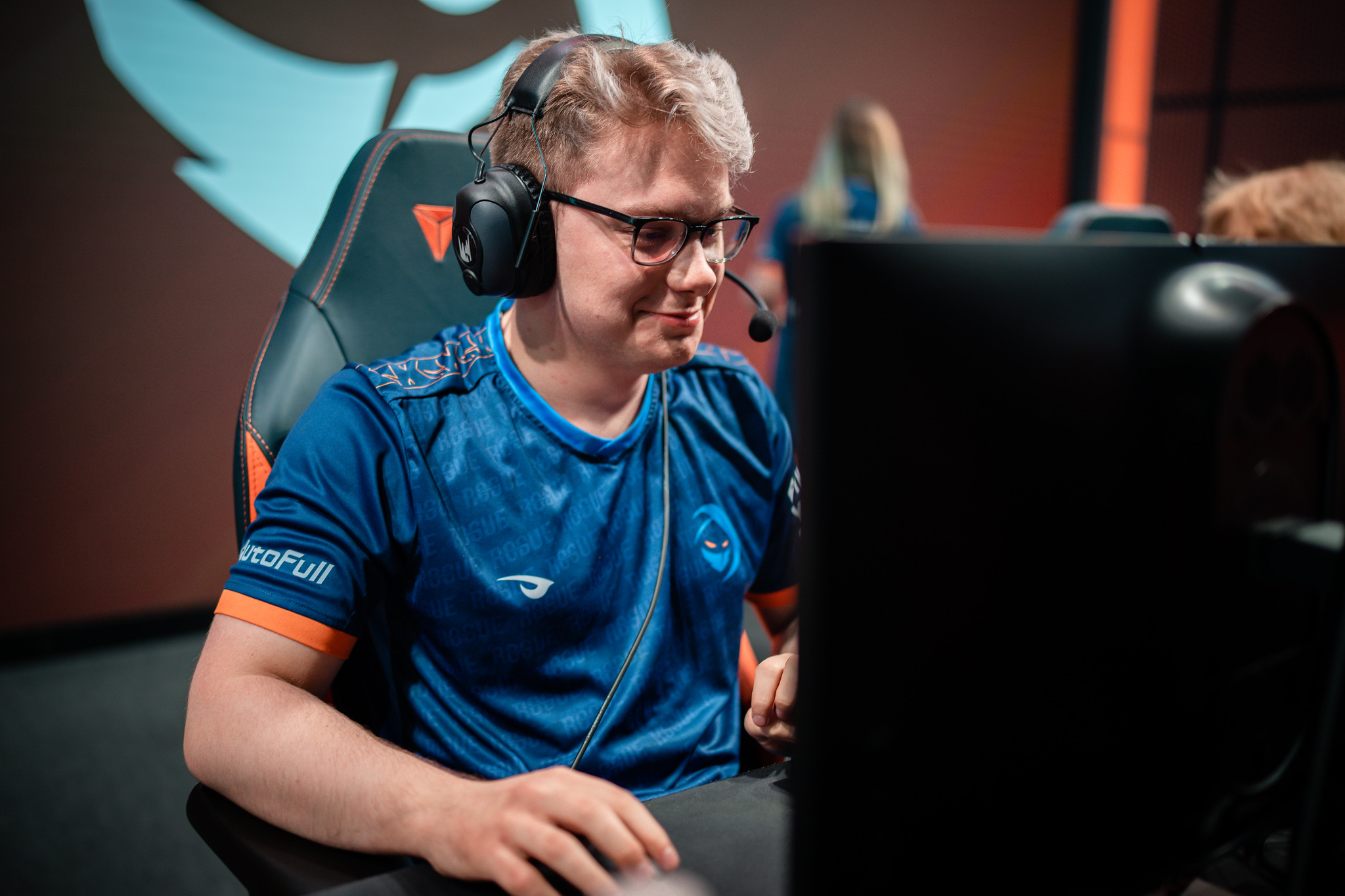 Rogue ran Fnatic off the Rift in a complete performance today to move into sole possession of first place in the 2021 LEC Summer Split.

Rogue jungler Kacper “Inspired” Słoma continued his campaign for best jungler in the league, and maybe even MVP, with a relentless 8/1/10 performance on Xin Zhao. Seven of those kills happened in the first 12 minutes of the game.

Fnatic won the first matchup between these two League of Legends teams back in week one, which is slightly surprising given the fact that they rounded into form later on in the split and came into this rematch having won 10 of their last 11 games and five in a row.

Inspired started his game off with an invade and solo kill of Fnatic jungler Bwipo in his own jungle. He used Xin Zhao’s strong early skirmishing power to press his lead into wins across the map for himself and his laners.

Inspired wouldn’t have been able to do so as easily if not for the priority established by his mid and bottom lanes. Luckily, even with AD carry Steven “Hans sama” Liv’s signature Draven banned out, he hopped on Kalista, a champion also notorious for her oppressive early damage output. Hans sama set the tone over Fnatic’s bottom lane with a two-vs-two kill on support Hylissang.

From there, Rogue completed their role reversal over Fnatic and milked every last drop of pressure and resources from every early skirmish they won. It wasn’t pure, G2-esque chaos from Rogue, however. True to form, everything Rogue did reeked of good setup and fundamentals. Fnatic found their success this split by forcing fights left and right, and they continued to do so from behind in this game. But Rogue, infamous for their superior, if boring, macro play, were prepared and managed all of Fnatic’s efforts to flip the game back in their favor.

With seeding in the LEC determined by Championship Points, Rogue took a big step today toward locking in the first overall seed in the upcoming Summer Split playoffs given their league-leading 11-3 record and their finals appearance in the spring. More importantly, they dominated the hottest team in the league and proved some doubters wrong in the process.

Rogue will try to taste another flavor of vengeance tomorrow over MAD Lions in a Spring Split finals rematch, while Fnatic will attempt to bounce back and create some distance over fellow second-place team Misfits against an SK Gaming team fighting for their playoff lives.