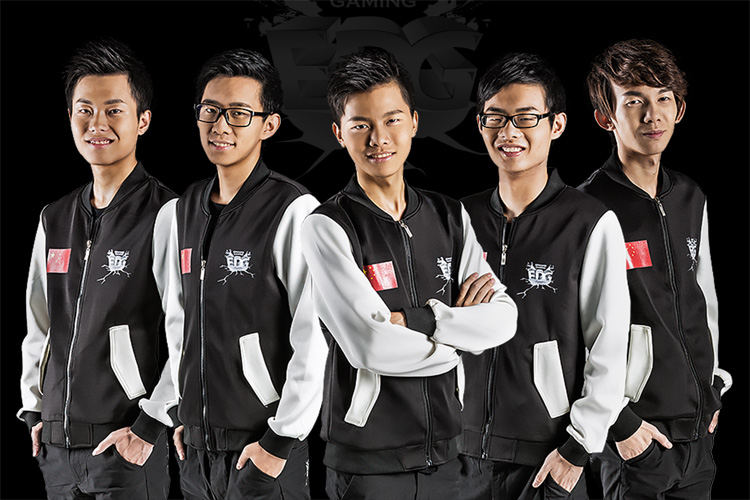 The inaugural InsightOnEsports End of Year Awards will recognise the best teams, players, games and plays of the 2014 in competitive League of Legends. In this, the first of three parts, the best teams of the year will be announced, along with the reasoning by those selections. To get a more in-depth look into how we arrived at our selections, MonteCristo and I have recorded a video discussion.

Chinese Team of the year

Reasoning: EDG won both LPL seasons and finished top eight at Worlds. On top of those high profile results, they reached the final of all 10 domestic competitions in 2014, which includes LPL, and won eight of the ten. OMG were dominant in the regular portion of the first LPL season, even if they then fell before the final in the play-offs. In the Summer season they were able to finish runner-sup. At Worlds they were a single game from reaching the final.

North American Team of the year

Reasoning: C9 won the Spring split in dominant fashion, barely lost the Summer split by a single game and went to the quarter-finals of Worlds. They also won IEM San Jose. TSM finished second in Spring, won Summer and also made the Worlds quarters. TSM’s LCS championship campaign was significantly less dominant that C9’s and C9 performed better in their runner-up finish than TSM did vice-versa. TSM falling hard at IEM San Jose also dashed any chances they had to make a late surge.

European Team of the year

Reasoning: FNATIC won Spring split, finished second in Summer and finished second at IEM Katowice. They also won a game off SSB in Worlds. Alliance had a dominant Summer split, but finished fourth in Spring and had a slightly better Worlds, but still did not progress further.

Korean Team of the year

Reasoning: Blue won the Spring season impressively, never giving up more than a game in each of their play-off series. In the Summer season, they again reached the final and lost by the closest margin in the history of OGN LoL competition. At Worlds Blue were able to reach the semi-final, where they were bested by White, and likely would have reached the final if placed on the other side of the bracket. Showing the way for the world and their sister team in terms of innovation, Blue were the best team in 2014.

White was the third best team in both OGN seasons, but lost to Blue both times and thus could have been second best in one of the seasons, and then won World. White may well have been the most talented team in the world and did manage to win the biggest tournament, but their sister team out-shined them over the breadth of the entire year and in terms of impact on the meta-game itself.

Team of the year

Reasoning: As above, so below

Most Improved Team of the Year

Samsung Blue in late 2013 may have made a name for themselves by knocking off the World Champions SK Telecom T1, but they did little beyond that and could not establish themselves as a top four team in Korea. With the arrival of dade, Blue’s game evolved at a frighteningly rapid pace and they found themselves the best side in the world by the play-offs of OGN Spring began. Dade’s team-play fighting synergised with Deft’s much improved caster team-fighting damage output to form a deadly duo which tore through every team in sight.

Alliance’s start to the Spring season was so poor that few could have predicted they’d recover and finish top four, nevermind become the dominant force in Europe for the Summer split. That they were winning a perfect game off Shield, an OGN finalist, by Worlds, shows the level of improvement Froggen’s team underwent over 2014.

Part two of this awards series will look at the best players of 2014, from all four of the big regions and overall.