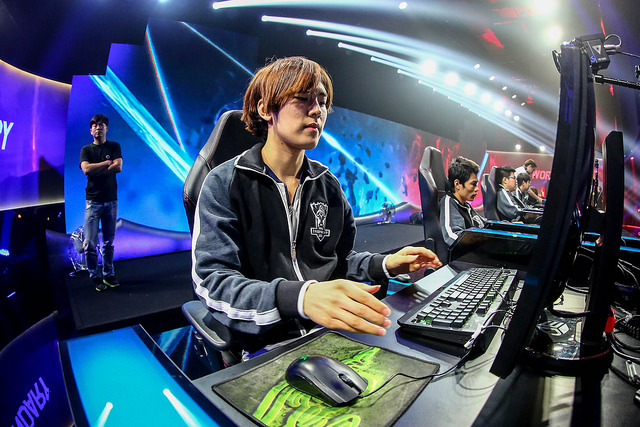 Considered a legend for his performances in Korea, one of the most famous top laners in League of Legends history is heading to North America.

Immortals was faced with the unenviable task of replacing its franchise player Heo “Huni” Seung-hoon, who was offered a spot on the starting roster of reigning world champions SK Telecom T1 mere days after having re-signed with the team. However, Immortals’ second choice for the top lane is pretty far from disappointing.

Lee “Flame” Ho-jong has competed since 2012 with teams like CJ Entus Blaze and LGD. Despite his strong individual abilities, however, Flame has been forced to sit out of competing regularly for nearly two years due to being benched for the majority of his time on LGD. Even after leaving China in 2016 to join Longzhu in Korea, Flame continued to ride the bench in favor of former team mate Koo “Expession” Bon-taek.

Noted for his efficiency and raw skill in the game, Flame has surprisingly never transitioned these skills into a major tournament victory in his homeland. Perhaps he will find more luck in the North American League Championship Series.