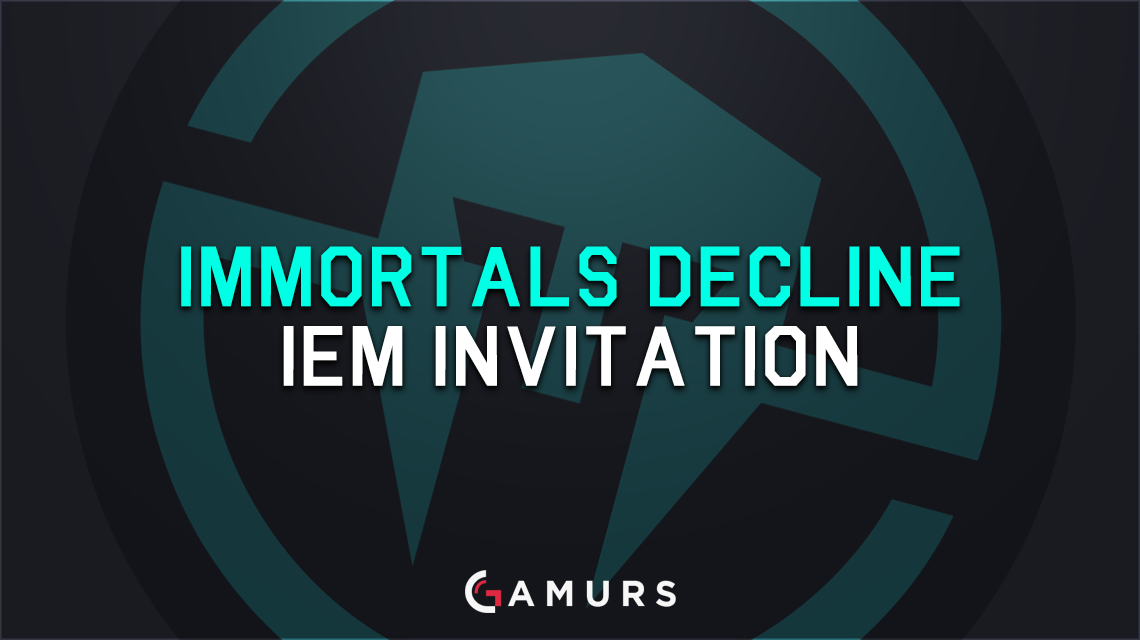 In a video released by IMT’s CEO Noah Whinston, the CEO has come out to sadly decline Immortals place at IEM Oakland due to wanting to finalise player contracts and citing it to be unfair to take part in the event without having a showing they can be proud of.

This does not tell us much information on what the 2017 IMT roster may look at. It might be one of our first (alleged) announcements that the IMT roster for League will not be the same as last year.

With rumours spiralling about players like Heo “Huni” Seung-hoon and Kim “Reignover” Yeu-jin heading elsewhere, we will just have to wait to see what the final IMT roster will be for the 2017 season as contracts become finalised in the next few weeks or even months heading into the new season.

IMT has always pushed the notion that they are a different organisation that puts the players above all and will respect any wishes that they have, so its good to see Noah bringing a less formal approach to the announcement and taking it into his own hands to explain the situation, instead of releasing the same old written piece we have grown accustom to.

What do you think IMT’s new lineup will look like? Let us know by commenting below or tweeting us @GAMURScom.