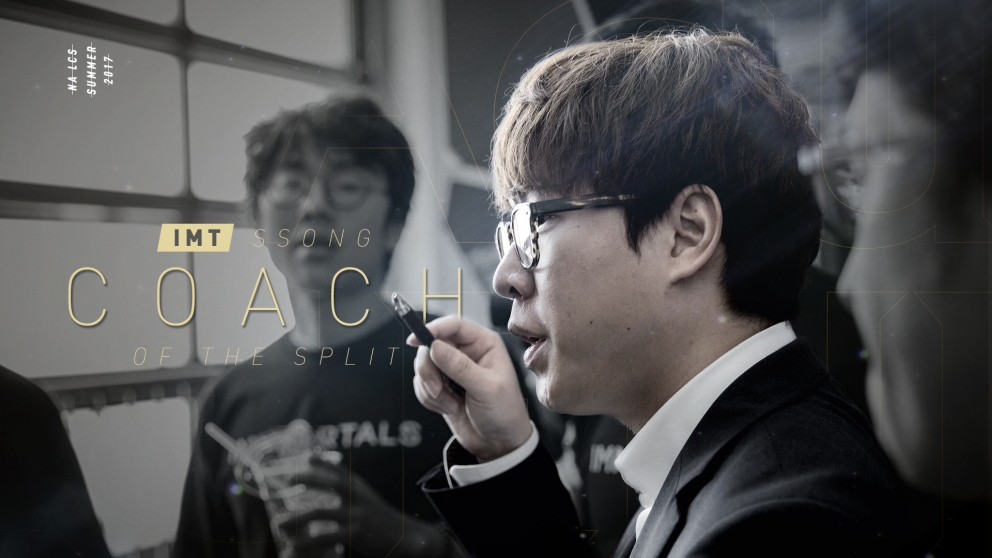 Immortals coach Kim “Ssong” Sangso has won the award for Coach of the Split of the 2017 NA LCS Summer Split, according to Riot’s announcement today. He won the award over NA LCS veterans such as TSM’s Parth Naidu and CLG’s Tony “Zikz” Gray.

After Immortals’ Spring Split dumpster fire where the team didn’t even make the playoffs with an 8-10 record, it was hard to imagine that they’d be able to pull anything off when Summer rolled around. Now, however, they’re the number two seed in the semifinals of the NA LCS Playoffs, and they have Ssong, their new coach, to thank for their Cinderella story.

Ssong ushered in a new era of player-focused strategies and trust in the Immortals organization. He also brought years of successful League of Legends experience and game knowledge unrivaled by most other coaches in the league. He played and coached for years on some of the LCK’s best competition, like the ROX Tigers and Longzhu Gaming. With all of that in his arsenal, Ssong and his team were bolstered for success, so not many people were surprised when he won this award.

Immortals’ season isn’t over yet, though, because they’re right in the middle of a run in the NA LCS Playoffs. They’ll have to put on a hell of a show this weekend in the semifinals if they want to keep their Worlds dreams alive, but if Ssong has his way, the series won’t even be close.