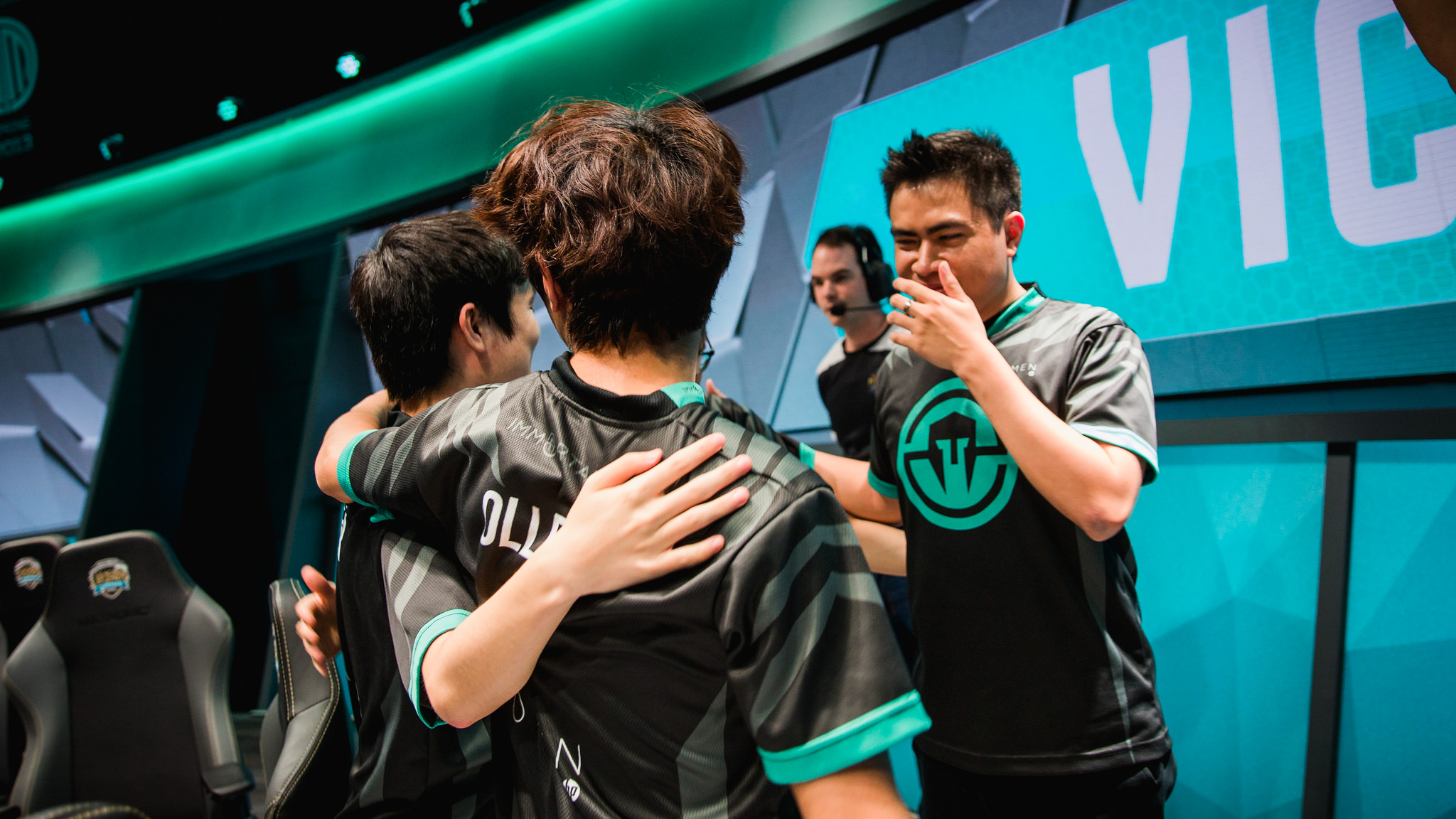 Immortals vs. CLG was the premier matchup in the NA LCS this week.

Sure, there were other great games, but this one was for first place in the Summer Split standings. With only two weeks of competition remaining, it was likely that whoever won this would finish on top. Crucially, depending on how the rest of the split goes, the winner could potentially avoid seeing third-place TSM in the playoff semifinals.

Immortals came into the match with a lot of momentum having won three straight. CLG, on the other hand, had a few shaky performances in recent games. Looking to change things up and perhaps surprise their opponents, CLG pulled out the Soraka support pick for Zaqueri “Aphromoo” Black in game one.

Unfortunately, Soraka’s healing only delayed the inevitable. CLG played a smart early game to contain Immortals’ jungler Jake “Xmithie” Puchero, but it was the IMT bot lane that blew things open. Taking the newly OP Jhin, Immortals’ ADC Cody Sun took a huge lead—and that was even before he came up with a triple kill on a well-executed dive.

CLG would extend and muck up the game, but really had no shot whenever Immortals initiated in an area where Jhin could follow. They wisely went back to the current meta for game two, and also made the curious choice to bring back substitute jungler Omar “OmarGod” Amin for Joshua “Dardoch” Hartnett. The changes worked and things started going their way again.

Top laner Darshan Upadhyaya got gank assistance and shut down Lee “Flame” Ho-jong. Then on the other side, Cody Sun made a crucial error, flashing in for a kill only to realize he had miscalculated, dying as a result. CLG finished quickly to set up a deciding third game.

As is often the case between good teams, the last game was the best. Both teams fell back on comfort picks, but this time, Cody Sun made good on the Jhin. Both he and CLG’s ADC Trevor “Stixxay” Hayes got early kills, but he did more with it.

One kill turned into two, and before long, he had racked up nine kills to a single death. Flame and mid laner Eugene “Pobelter” Park were both losing lane, playing defensively, putting all the pressure on Cody Sun to carry. He got another triple kill on an ill-fated dragon by CLG, with only teammate Pobelter holding him back from a pentakill.

Immortals have built their team to support Cody Sun, and while he still has moments of inconsistency, he has proven he can carry even when matched against another good ADC like Stixxay.

As for CLG, they’ve opened a Pandora’s Box—it’s clear that their subbing in of OmarGod isn’t just a one-time thing. They think they need him to win, which makes things awkward for Dardoch, who’s still the nominal starter. Drama like that has destroyed past teams that Dardoch’s been on. Dardoch has been supportive, but he obviously wants to play.

Can CLG survive a potential controversy, especially with playoffs around the corner?