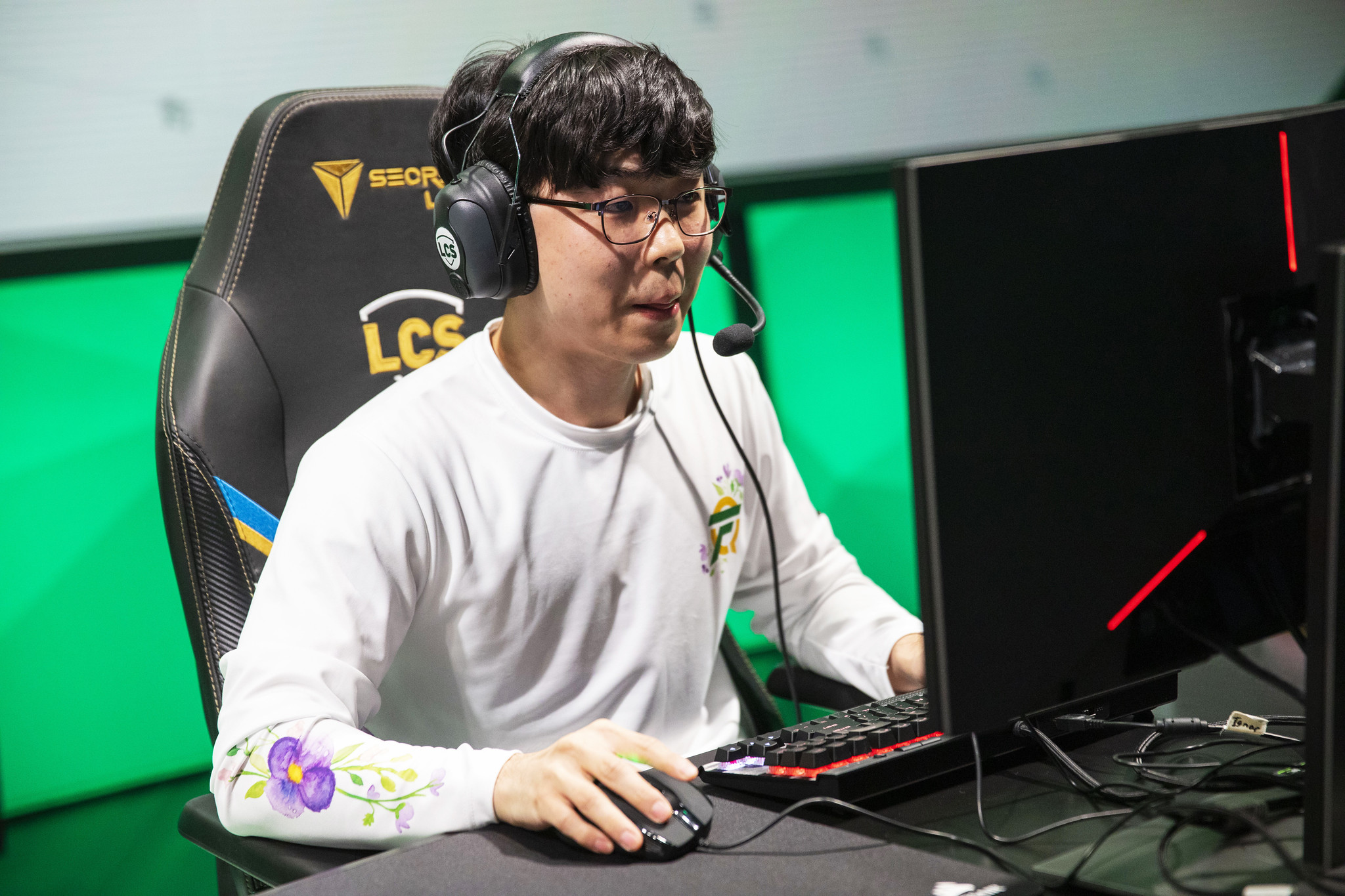 FlyQuest support Lee “IgNar” Dong-geun led the charge for his team last night when they bullied Dignitas into their first loss of the 2020 League of Legends season.

This was a spicy match right from the draft. Rumble, a powerful teamfighting flex pick, snuck his way past the first set of bans for only the third time in 20 games this split, much to FlyQuest mid laner Tristan “PowerOfEvil” Schrage’s delight. Rumble had only been played twice before, once by PoE in a game in which he had three kills and 12 assists in a win over CLG last week.

“We expected Rumble to be banned,” PowerOfEvil told Dot Esports. “We need to snowball early game, we need to get me ahead.”

He did just that, going 9/0/5 on the Mechanized Menace.

After banning out Dignitas mid laner Henrik “Froggen” Hansen’s Orianna and Syndra, he was forced onto Ekko. But even when the game started to turn against Dignitas and he tried to push the side lanes, the map-wide pressure created by a roaming IgNar on Alistar made it impossible to justify.

PowerOfEvil praised his support’s ability and credited him for creating tons of pressure on Dignitas’ carries, especially in zoning out Johnson “Johnsun” Nguyen’s Aphelios during teamfights, rendering one of the best
ADCs of the split nearly useless in the match.

“[IgNar] really knows how to engage, how to play out the teamfights,” PowerOfEvil said. “There’s a lot of synergy as well from the past when we played on Misfits together. It helped us [be able to] instantly jump into these team fights.”

FlyQuest had their hype train derailed a bit after an ugly loss to Team Liquid, but this win over a veteran-laden Dignitas roster helps their case as a top-tier team in the LCS.

“I think we recovered really [well] today,” PowerOfEvil said. “We weren’t as scared.”

Less than 24 hours removed from getting steamrolled by Liquid, FlyQuest took out all of their frustrations on undefeated Dignitas in arguably a more one-sided affair than Liquid’s win over FlyQuest. Dignitas are now the ones with some reflecting to do after they looked like the team to beat with a win over Liquid on Friday.

Cloud9 still retain sole possession of first place in the LCS as the lone undefeated team remaining. But after two weeks, both Dignitas and FlyQuest sit only one game back at 3-1.