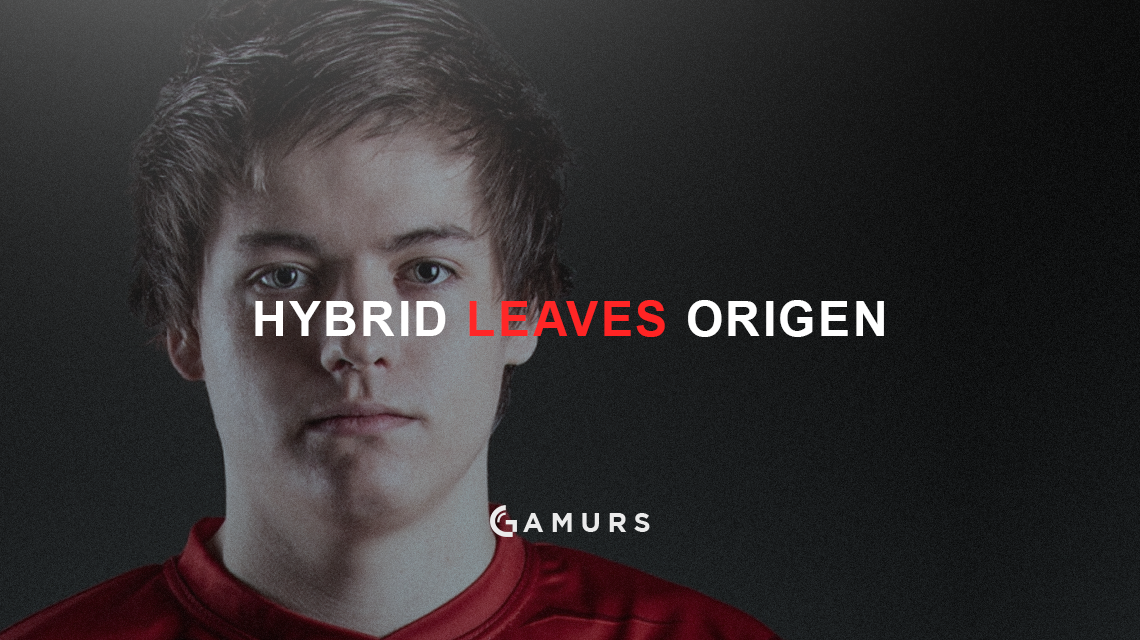 Glenn “Hybrid” Doornenbal has announced his departure from the Origen organization and League of Legends team.

I’m no longer part of Origen. Last split was a real disappointment in every way possible. I’d like thank all the fans for supporting me.

In the Spring Split, his rookie split in the European League Championship Series, Hybrid won the split with G2 Esports. At the Mid-Season Invitational, the team severely underperformed and replaced Hybrid with Alfonso “mithy” Rodriguez of Origen. Hybrid then joined Origen for the Summer Split.

Once there, Origen continued to struggle heavily in the new meta without Enrique “xPeke” Cedeño Martínez’s leadership in the mid lane, as xPeke could not fill the hole at ADC left by Konstantinos “FORG1VEN” Tzortziou-Napoleon. The team never found a solid solution, and Hybrid was stuck in a lane with no synergy. Origen ended the split 2-8-8, only staying in the EU LCS by defeating Misfits 3-2 in the promotion tournament. Hybrid is actively looking for another team to join before the 2017 Spring Split.

That being said, I’m open to any offers for spring split.

Hybrid will likely be in high demand, as many teams that did not qualify for Worlds will be looking to revamp their rosters over the break.