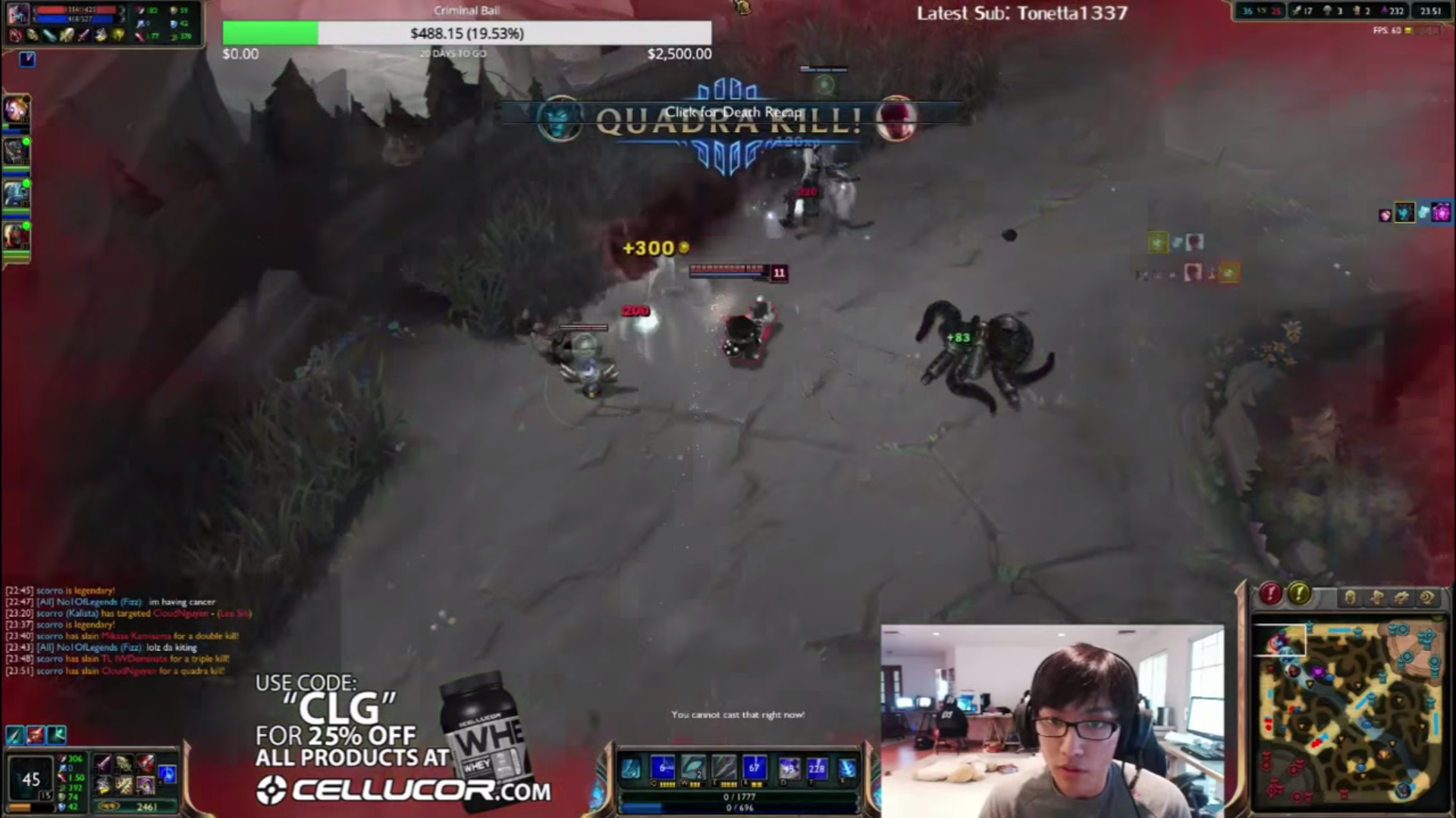 Kalista has been a popular champion since her very release. Unique mechanics and abilities paired with a high skill cap and outplay potential make her both fun to play and fun to watch. Popular pro players such as Sneaky, Doublelift and Imaqtpie have been playing her quite regularly, both on and off-stream.

Recently, people have discovered that with Runaan’s Hurricane, a mediocre item known for pushing Kayle from the “strong” into the “too strong” category a few months ago, Kalista can apply her Rend stacks to up to three targets at the same time. While people disagree about who started it, all high level AD Carries seem to agree that it’s very strong, with the most popular build being Runaan’s Hurricane into Bloodthirster.

The most obvious advantage of this build is the fact that you can proc your E on several people, which is crucial, since Kalistas E is not only her main nuke, but also has insane damage potential. In addition to that, this build also gives you more waveclear and makes your splitpushing a lot better. There is also a more subtle interaction with Runaan’s and Bloodthirster: Every bolt procs the BT passive, making you lifesteal and build up the shield at an insane pace. Since you can use your passive more if you autoattack more, and Runaan’s gives a lot of attackspeed, this build will also make you very hard to catch.
However, the most important factor is the timing of power spikes. Kalistas strength lies in her midgame; her laning phase is mediocre and her late game is good, but not on a Vayne/Tristana level. With this build, your item spikes overlap your natural, champion specific spikes in power, making you ridiculously strong in mid to late game team fights.

That being said, the build also has very obvious flaws. First of all, her laning is atrocious. Even in a best case scenario, her laning is mediocre, but when building pure attackspeed, it becomes a nightmare. In order to get your two core items, you need 5900 gold, which is just 400 gold less than you’d need to get IE and Statikk Shiv. This also leads to the biggest disadvantage late game: You don’t have any critical strike chance. After Berserker’s Greaves, Runaan’s, BT, you have to get a Last Whisper and a defensive item, which leaves you with one item slot and 0% critical strike chance, making this build scale very poorly.
While you won’t be able to crit people for half their hp, having the AoE Damage and a massive amount of lifesteal enables you to make amazing plays.

While the build has a certain appeal, to me it seems like it’s only viable due to Kalistas inherent strength. Should she be nerfed, her laning phase might get too bad to handle the strength dip that going for Runaan’s as a first item creates.
While it’s pretty clear that Kalista is viable and can be played on a LCS level, it’s hard to predict whether the Runaan’s build will be used. I personally don’t think it will, due to it’s glaring weaknesses. Luckily, we’ll only have to wait eleven days to find out.