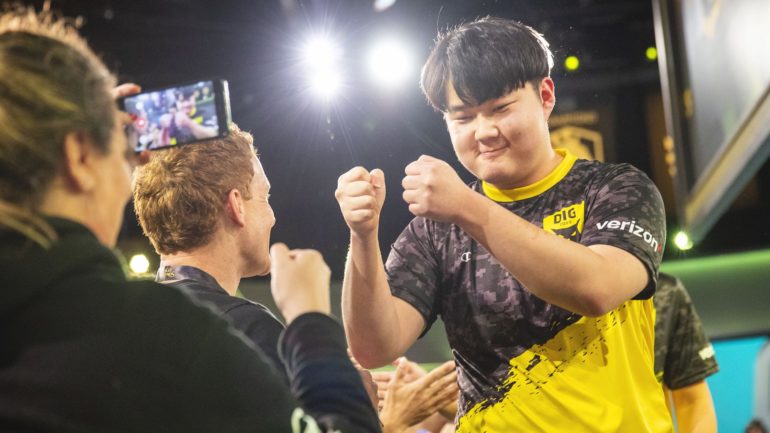 Most people in the League of Legends community are familiar with Heo “Huni” Seung-hoon, the current top laner for Team Dignitas. But not many people know that the 22-year-old veteran had a chance to become a professional Overwatch player.

In an interview on James “Dash” Patterson’s show “The Queue,” Huni was asked if he’d consider becoming a pro player in another game. He said that he’d only do it if he was really good at that title. Huni also revealed that he’s actually a better first-person shooter player and that he was offered a spot on Immortals’ pro Overwatch team in 2016.

After Immortals failed to win the playoffs, Huni said the team’s former CEO, Noah Whinston, reached out to see if he’d want to play professional Overwatch during the League offseason.

In 2016, the pro Overwatch scene was in its infancy and Immortals was still figuring out its roster. If he switched games, it would’ve been a drastic change to Huni’s career since he could’ve eventually ended up on the Los Angeles Valiant.

Huni wouldn’t have been the only League pro to switch over to Overwatch, though. In 2016, former Dignitas and Fnatic top laner Noh “Gamsu” Yeong-jin made the switch over to the popular FPS. He went on to play for both the Boston Uprising and the Shanghai Dragons, winning the stage three playoffs with the latter. Off-tank Aaron “Bischu” Kim now plays for the Los Angeles Gladiators, but he was once a support player for Team Dragon Knights in the LCS.

Of course, Huni refused the offer and continued his career in League. Now, he’s a starter on a team that’s kicked off the 2020 LCS Spring Split with two wins under their belt. We can only imagine how the energetic top laner would’ve performed in the Overwatch League.

League fans can watch Huni and Dignitas when the LCS returns on Saturday, Feb. 1.