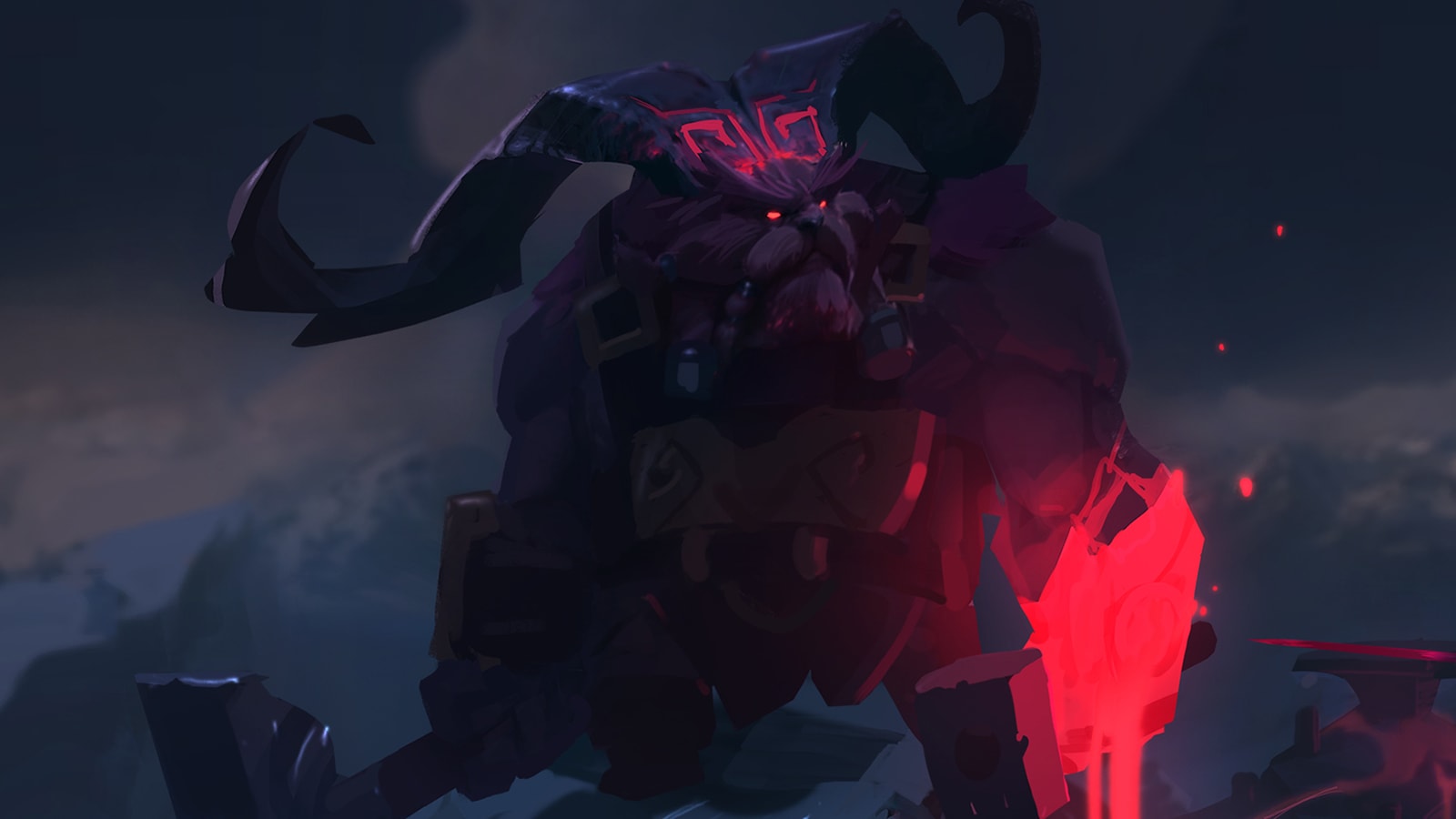 Riot has been working on improvements for Ornn in the wake of his dramatic underperformance since his launch last week. The improvements weren’t really buffs so much as they were simple additions to his passive ability, and many worried that they wouldn’t be enough.

As it turns out, Riot agrees that the improvements aren’t nearly enough.

The latest PBE update has brought with it a load of giant buffs, and they’re all for Ornn. We’re not just talking about stat buffs or damage buffs either, Riot is actually changing how some of Ornn’s abilities work so that they’re much, much stronger.

The first and most notable change is his Q, which has been his most controversial ability since release. The reason players have taken such issue with it is simply the fact that it’s so undeniably weak. His ability kit is robust and unique, but his Q feels rather uninspired. It’s a very small slow, deals insignificant damage, and the pillar erupts so slowly that it’s too difficult to even reliably stack with his E. Not anymore. The change will increase the speed at which the pillar erupts, and it will now knock targets up if it spawns underneath them. That’s more crowd control and easier synergy with the rest of his kit.

His W, Bellows Breath, is the next one being hit. The width and length of the fire breath are both being raised, making it much easier to hit pretty much anything with. It’s also only going to slow Ornn to 50 percent of his normal movement speed now, which is much better than reducing him to 35 percent speed, as it is now.

The final buff comes to his ultimate. Its cooldown was lowered with a hotfix last week, but now, the speed of the ram is also going way up, from 1050 to 1200, which means that ability is also going to be much easier to land.

At the end of the day, Ornn’s damage isn’t what needs improvement. He can dish it out with the best of them. Unfortunately, his clunky abilities were his shortcoming, and these monumental changes should put him right where he needs to be.