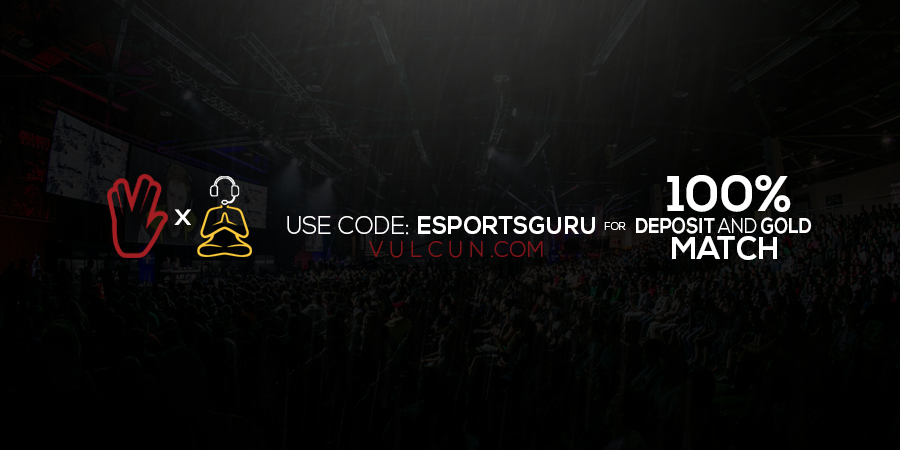 Still haven’t tried making a fantasy line-up for Worlds 2015? Well, you’ve come to the right place to get the best insight on how to play fantasy eSports and who to choose for your roster. Need somewhere to draft a team? Check out Vulcun and make one now! Your fantasy team will consist of one player from each role (ADC, Support, Mid, Jungle, and Top) and three flex picks. From there, you choose your “Shotcaller” who will gain a bonus 25% points that draft. Players do cost “money” to draft, so you have to be wary of how much you are spending, although you do start with $10,000. Only 3 players from the same team can be picked. Now you’re ready to start looking for your team!

Keep in mind that the best players to draft are ones on teams that you think will win. There may be some exceptions, such as TSM Bjergsen, but for the most part, stick to teams with strong win potential as they are the most likely to earn you points.

Let’s start with a role that seems a bit dodgy, SUPPORT. Supports in Fantasy typically have a very high number of assists, a decent number of kills, and very high Kill Participation (KP).

-When he plays play-maker supports, he usually sets up easy clean-up scenarios for the team.

-He has a fantastic beard. Have you seen it?

-Plays for the “best” team in the world which, in theory, should allow him to produce an insane number of points.

-Currently has the highest KDA for the support role, with a 13.3. This puts him at the number 5 spot OVERALL for this stat.

-Very consistent player with little to no hiccups throughout fights.

-Has the second highest number of assists with 39, only behind KOO’s Piccaboo who has 41.

-Comes in at 5th place in the KP category, with 10 to 15 less total minutes played than others.

-Although he averages a fairly low CS total, he makes up for it by having the highest total kills in the role with 5.

Next, we can look at the supports best friend, the ADC. The main players to look at here are ones with high KP, a small number of deaths and insanely high Creep Score (CS.) ADC’s will usually also be your Shotcaller pick.

-Although he is brand new to professional eSports, he puts forth obscene numbers of Fantasy points.

-Currently has the second highest total CS and CS per minute.

-When given the smallest lead, he explodes out the lane with sheer force.

-Playing on an undefeated team in a fairly easy group.

-Has surprisingly low CS total, which probably stems from SKTelcom’s games being so short. (This shouldn’t make him any lower of a pick).

-Plays for an undefeated team in a fairly easy group.

-Has a great support behind him which usually results in lane going is Bangs favor.

-Has been playing out of his mind and doesn’t show any signs of stopping.

-Holds the second place spot when it comes to KDA, putting an impressive 11.7.

-Has only 3 deaths across his games, while playing very aggressive carries.

-Another player with only one death and an insanely high KDA.

-Consistently puts up the highest numbers of all of the KOO Tiger members.

-The only other mid laner in KOO’s group that should give him any trouble is CLG’s Pobelter (who surprisingly isn’t a good Fantasy pick due to him playing mostly support mid laners).

-This may surprise some of you due to TSM losing horrendously right now, but his 7.3 KDA and 1000 cs don’t lie.

-A VERY consistent player, whether or not TSM is losing.

-One of the few mids that almost has more kills than assists, which generates a fair amount of Fantasy points.

-Despite TSM losing two games in a very decisive manner, Bjergsen only managed to accumulate 4 deaths across the three games.

-An obvious pick for any Fantasy team, but unfortunately, he costs a TON of money to recruit. If you DO draft Faker, be very wary of the constraints on money you will have.

-Some believe Faker is a robot, designed to play mid lane perfectly. Although his gameplay isn’t perfect, his Fantasy points are.

-His overall kill total may be average for a mid-laner, but that’s because other mid laners are scared to fight him. However, when they do fight him, its pretty unfair.

-They don’t call him the “Demon King” for nothing.

-One of the only mid laners in the world to ever solo kill Faker, and live to tell the story.

-Overall mechanics are solid with a HUGE champion pool consisting of champions to counter or even the playing field of any scenario.

-Backed by a great jungler, Reignover, who loves to get mid lane fed.

Now to our friends who hide in the trees, the JUNGLERS. Depending on the player, a Jungler will either have mostly assists, or mostly kills. We want the ones with kills. And a LOT of ’em.

-Has 4 deaths which hurts his point total by a small amount, but he makes up for it in kills. Let’s hope his deaths don’t rise.

-Puts up insane numbers for only having 98 minutes total of play time, which is the fourth lowest.

-Very consistently gets other lanes fed, resulting in a great number of early CS and increases the chance of a win.

-Only playing a total of 92 minutes, Clearlove managed to rack up an astonishing 32 assists.

-Currently has the second highest total kill participation in his role, meaning he is a playmaker.

-Hai is another one of those playmaker junglers we know and love. He doesn’t personally take kills, but sets up the rest of the team nicely.

-You have to keep in mind, this isn’t Hai’s usual role. There might be some inconsistency with his play, but as of right now, his play looks solid. No sense in overlooking him.

-Hai unfortunately falls in the middle of the pack for most stats, but compared to others, he stays within a general area. Most others are highest in one stat, but near the bottom in others.

Last, but surely not least, our lovable friends on their island, TOP LANE. Top-laners usually sit right in the middle of the stats.

-Has 20 kills across three games, which is the most out of any player in any role.

-Only played 94 total minutes, which is significantly lower than other top laners with good stats. This can be a very good thing as this usually means that if games go longer that SKT is used to, you can count on MaRin to spit out obscene points.

-MaRin is top five in all stats except KP and assists, which unfortunately means he will cost quite a bit.

-Similarly to Faker, you should watch out for overpaying.

-Easily the best top laner in terms of Fantasy points.

-Similar to MaRin, he is relatively high up in most every stat.

-A very consistent player, even when the team is losing.

-Very low total play time, which again, can be a very good thing for all KOO members you have on your team.

-Ties MaRin for highest KDA, proving he can hold his own.

-Comes second to MaRin in most categories, so can be a fine replacement if you find yourself short of cash for MaRin.

-A part of a very consistent team which allows him to flourish in every game scenario.

There you have it, my list of who I think should be in your mind when you are drafting your Fantasy team. Remember to try out Vulcun and share with me how your picks turned out on Twitter!