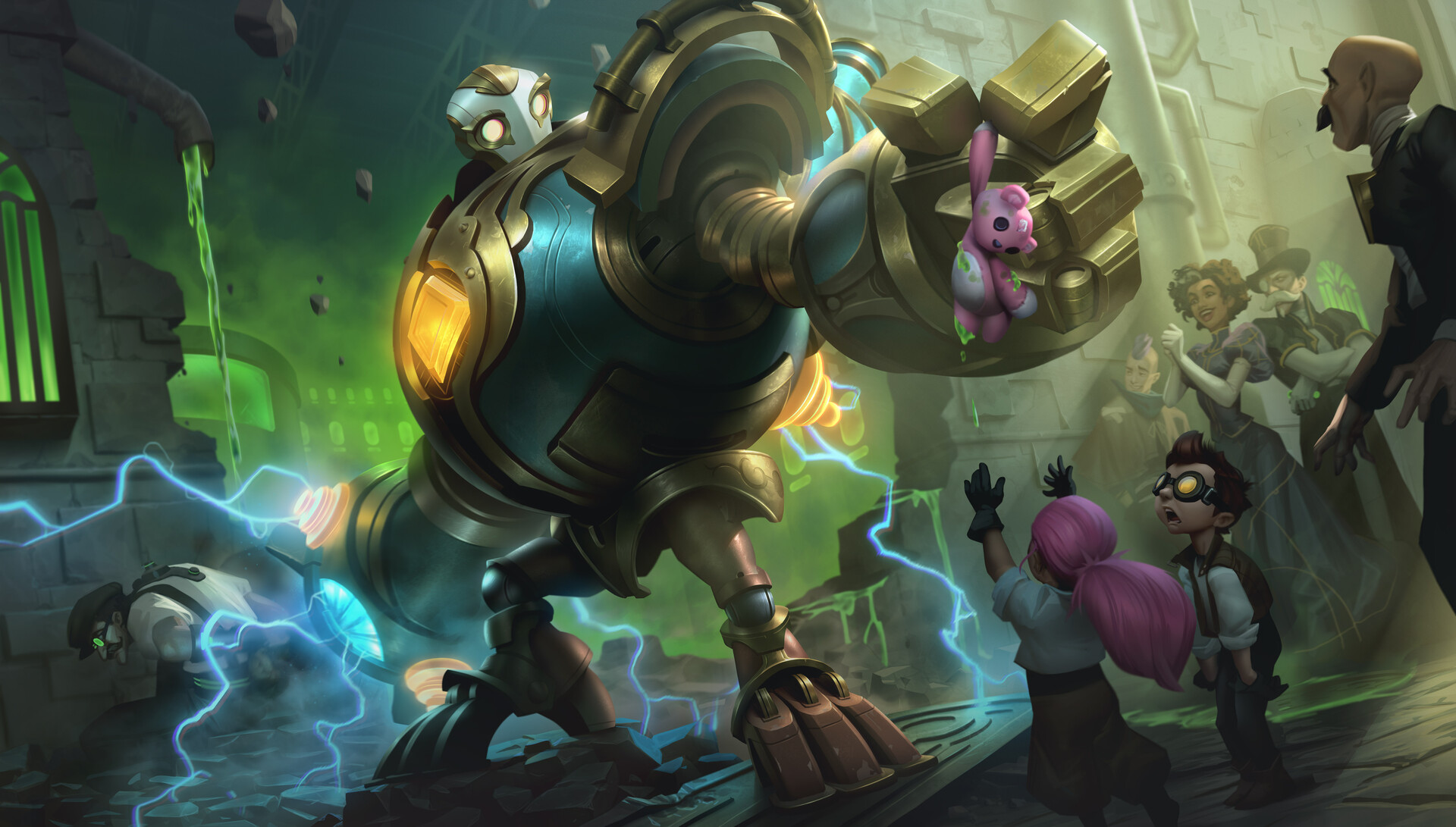 League of Legends players ranked gold or higher will get Victorious Blitzcrank as a reward for the 2021 rank season in November.

On Oct. 5, Riot Games revealed which champion is getting get the Victorious skin in 2021. Unlike players thought from the teaser, though, it’s not Annie. This season, Blitzcrank, the Great Steam Golem, will receive the Victorious skin.

At the end of each League ranked season, Riot rewards players who achieved gold or higher with a special skin, chromas, and matching icons. Summoners will be rewarded with six different chromas and icons based on the highest rank they achieved this season.

Victorious Skins are awarded to players who reach gold rank or higher. Summoners will also get a specific chroma that matches the color palette of the highest rank they reached in a season. For instance, players who reach Master by Nov. 15 will obtain the purple Blitzcrank chroma along with a matching icon, while Grandmaster players will receive the ruby version of those items.

Victorious skins get rarer as time passes, and Riot has released a new Victorious skin every year since the first ranked season. In 2011, the year of the first ranked Season, summoners who reached gold or higher were awarded with the Jarvan IV Victorious skin. Nowadays, though, players who were already playing League at that time have almost disappeared, making the skin for the Exemplar of Demacia extremely rare.

Champions from various roles have received the seasonal skin throughout the years, from top laners like Maokai to ADCs like Lucian. In 2021, players who want to get the Victorious Blitzcrank skin will have to reach at least the Gold rank before Nov. 15, the last day of League’s season 11.

Players waiting for their seasonal rewards should hear more from Riot as the end of the season approaches. Fans expect updates on the last rewards of the year, including the long-awaited Prestige Shop, which will bring Prestige Edition skins from both 2020 and 2021.