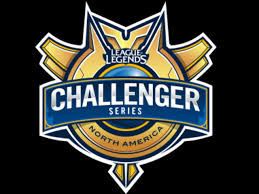 Infrastructure. Along with such terms as “map movement” and “mechanics”, infrastructure is a term that analysts and fans of League of Legends use all the time, often to compare teams and regions. However, when we say one region has “better infrastructure” than another, we should ask ourselves how those differences really manifest. Only by doing that can regions with so-called talent deficiencies develop new professionals on their own soil.

Before we can identify the traits of superior development systems, we have to identify which talent development systems we consider superior ones. In spite of the success of Europe in developing players, it still has relatively low turnover and shares almost everything with North America. So, for this article, we will consider the talent development of Chinese and Korean League of Legends, as well as traditional ice hockey development. These systems all perform in a superior way to the North American system at the moment. How do they manage it? The most obvious place to look is minor- and semi-professional play. After all, the Challenger Series is where North Americans first see most of their young talent.

The Korean challenger circuit this year is very similar to the NA and EU Challenger Series of 2014: two separate tournament brackets that allow the top ranked 5s teams to face off. Succeeding gives circuit points with which teams can qualify for a promotion tournament. Prior to this year, the NLB allowed teams as low as 20th ranked in the region to play their way up to face professional teams.

However, between these two systems, one thing remains the same: amateur teams seldom win. Their disadvantages in funding, available time to practice, and quality of scrim opponents puts them at a near-insurmountable disadvantage. Even while two new teams qualified in the recent LCK expansion, both incumbent teams returned with 4-0 records in the tournament. The NLB and Challengers Korea both provided jumping off points for some great players, but rarely did it develop them to their full potential and even more rarely has it produced truly good teams. If the Korean system isn’t set apart by its semi-pro system, what makes it so strong?

The answer lies in the involvement of the organizations. Of the great talents in League of Legends today, many started on the B-teams of large organizations. 2014 Champions Spring winners Samsung Blue were, for quite some time prior, considered second fiddle to Samsung Ozone. Reignover of Fnatic and Kur0 of GE Tigers have themselves outgrown the IM club where they started out as junior members. Even with the destruction of the sister team system, organizations adopted new ways of absorbing promising talent: adding them as subs, which led the great development of players like Easyhoon and TANK, and upping their in-house practice partners, which formerly included great players like Huni and Seraph.

So, Korea seems to tell us that big organizations are the best catalyst for player development. Why? The most obvious answer is that the environment of a well-to-do team is professional, stable, and allows the players to dedicate themselves as though they are already pros.

Now we can turn to China. China has an incredibly high rate of turnover on its top players and teams, but remains perennially competitive in international play. The impressiveness of its talent development is diminished somewhat by the extraordinary size the region’s playerbase, but the strength of the system should be acknowledged nonetheless.

In the Chinese system, most of the top players are picked up straight from solo-queue (this is possible only because of the playerbase), or else are taken from the LSPL (the Chinese semi-pro league). So, if the LSPL is a more successful talent development tool than Challengers Korea or the NA Challenger Series, what makes it so? The answer lies in the larger scale and profitability of the circuit.

In the LSPL, larger viewership as well as richer owners means that the league can provide a sustainable source of income to the players in a way that Challengers Korea and the NACS can’t. Some LPL teams have B teams in the LSPL that develop young players for them, but unlike elsewhere in the world, those players don’t have to make it to the LPL to be worth the investment. Again, much like the Korean system, players are developed in stable, professional environments, enabled by the financial stability of their organizations. In Korea, that financial stability comes from the size of the organizations. In China, it comes from the wealth of the owners and the profitability of the LSPL.

Now that we have a set of shared factors between two successful development systems, we can hold those factors up to a much more storied and successful talent development system than any in League of Legends: the minor league system in ice hockey. This system operates quite differently from any semi-pro league in LoL, but it shares some of the core factors with the successful systems above.

In North American ice hockey leagues, there is no promotion or relegation. Instead, new talent is meant to enter by becoming good enough to earn their way into a team. This is facilitated by the existence of a strong, profitable second-tier league. The relationship between the second-tier league and elite professional level NHL is one that is thus far untested in LoL: an affiliate system.

North America (and to a lesser extent Europe) lacks in each of these areas. Practice environments are greatly improving at a professional level, with the increasing involvement of coaches, analysts, and managers. In fairness, the practice hours many Korean and Chinese teams are rumoured to put in would be bad for the physical and mental health of the players. However, Challenger Series stories abound of inefficient practice, incompetent management, unmotivated players, and coaches only in the job because they know someone. Moreover, most Challenger teams cannot afford a team house, office, or apartments. Combined, these factors make for a largely unprofessional and undesirable practice environment.

Quality of opposition suffers with quality of practice. When teams have to practice inefficiently, their players and team-play don’t improve, making them weaker opposition. This goes both ways, meaning that until other problems are solved, competition remains weak. This has been a main argument for importing more and more players, with the claim that “talent breeds talent”. While that is partially true, it paints a very small part of the large tapestry of talent development, and until that whole tapestry is improved, importing players will not up North America’s amateur scene.

Finally and most importantly, stability is absolutely impossible with the current structure of the Challenger Series. With low viewership, lack of sponsorship, and focus on promotion/relegation, the Challenger Series is not designed for teams to be able to make a continuous living there. It is a gamble: a 16% shot at the jackpot of reaching LCS instead of just taking an even slice of the pie. This means teams are on a timer to either make it to the big leagues or disband.

Even Team Fusion, equipped with a strong support staff, great start-up funding, a team house, and as good of a roster, environment, and scrim schedule as they could manage, had to disband after only about half a year of play. Fusion players even commented that things were already looking bad before their promotion series was played, and that by that point the prospect of disbanding was on the table. The current system, simply put, places all teams on a developmental timer. It gives them a very limited amount of time and money to get all five players to an LCS standard of play, and doesn’t give them the tools to regroup should they fail.

If there is one thing that every traditional sport has taught us, it is that rushing the development of promising prospects is bad for them. They burn out, they become overly susceptible to criticism, they falter under pressure, or they are simply cut out before they’ve been given sufficient time to improve. But the current structure of the Western semi-professional circuits makes rushing prospects the only way to have a hope of succeeding.

If the West is going to improve, it will need a more stable Challenger league. As the most desirable model for player development, the affiliate system looks to be the optimal combination of the strengths of the Chinese and Korean systems. To appease traditionalists and more ambitious organizations, that system could easily be hybridized with a downscaled promotion/relegation tournament at split’s end.

This system can only be powered by increased (read: existent) sponsorship and publicity of the second league, but if Riot North America and LCS organizations think success will come cheap, they’ll be waiting for a long time.

This is the first of two articles about North American talent development. Stay tuned for next one, which will provide a detailed breakdown of possible formats, their benefits, and their drawbacks.