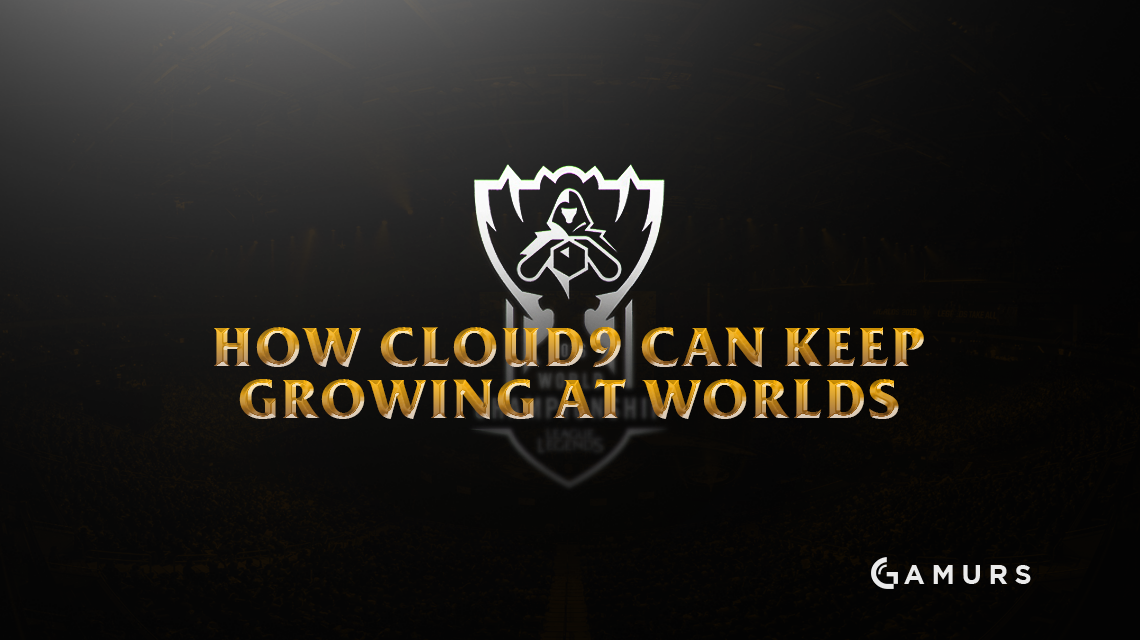 The most impressive part of Cloud9’s summer split was their continued growth. After their poor 5th-6th place finish in the Spring Split, the North American fan favorites replaced three of their players and entered the Summer Split with a fresh roster focused on individual talent. Throughout the split, the new Cloud9 roster suffered growing pains, but the team was able to improve dramatically in the weeks leading up to the playoffs. Cloud9 was able to upset the higher-seeded Immortals in the semifinals before shocking Team SoloMid in Game 1 of the finals by snowballing off of their strong lane phase. Cloud9 would lose the next three games of the series, with only Game 4 being particularly close, but they would firmly establish themselves as the second best team in the region with a 3-1 win over Immortals in the gauntlet finals.

Cloud9 is an exciting team heading into the World Championships due to their rapid growth during the playoffs. Even though they were seeded into Pool 3 for the World Championships, the team was blessed with a fairly lucky group draw. Whereas Cloud9 is entering Worlds off of a strong gauntlet performance, both SK Telecom T1 and Flash Wolves have been playing at relative lows for two teams with such a rich history. The final member of the group, I May, is generally considered the weakest of the three Chinese representatives. It’s possible that that a strong group stage performance could serve as a springboard for Cloud9’s continued improvement. Here are three things that I think they should focus on.

This iteration of Cloud9 is fairly focused on the solo-lanes, particularly Jung “Impact” Eon-yeong’s teamfighting prowess. However, William “Meteos” Hartman has preferred to gank for Zachary “Sneaky” Scuderi in the bottom lane, leaving Impact to (incredibly successfully) play 2 vs. 1 in the top lane. Ganking for the bottom lane is usually a strong strategy, as it helps prevent Teleport ganks from the bottom lane and it’s also an easy way to secure powerful objectives such as the Dragon and first tower gold. In addition, Sneaky’s strong play on utility picks and his synergy with Andy “Smoothie” Ta and Meteos usually meant that Cloud9 would score kills or burn Summoners when Meteos moved towards the bot side. However, Cloud9 actually struggled to secure first dragon and first blood tower throughout the regular season and playoffs. To make matters worse, Sneaky usually doesn’t push his advantages very hard in the bottom lane, preferring to wait for Meteos to come bot again before taking any aggressive action.

On the world stage, Meteos will have to work on providing more assistance to Nicolaj “Jensen” and Impact. Sneaky has already shown throughout his career that he can do fine in lane without much assistance, and it’s unlikely that Cloud9 will have both of their solo lanes win automatically against tougher opponents. When Meteos does swing to the bot side, the team will have to be much more aggressive pushing for advantages. The team managed to successfully score early dragons and towers off of bot lane ganks in the gauntlet, but their struggles against TSM show that C9 need to continue improving this aspect of their play against top teams.

One of the most important adaptations for Cloud9 during the playoffs was how they played teamfights around Impact. As I mentioned earlier, the team didn’t really change up their early game – Meteos still largely focused on the bot side of the map. In fact, Impact usually gained his large leads off of solo kills. The area where Cloud9 has done a great job is playing around Impact during the teamfighting phase. Even without Impact, Cloud9 already has some very strong teamfighters. Meteos has historically been a great teamfighting player, and his engage skills are a great fit for the current meta of tanky junglers. Similarly, both Jensen and Sneaky are fitting comfortably into the current meta. This meant that the team was able to win many come-from-behind teamfights during the second half of the regular season.

However, the team was able to take a further step ahead during the playoffs by allowing Impact to take the lead on the team’s fights. This was a particularly important step for Cloud9 since the top laner is usually responsible for split-push duties. Split-pushing is an especially good strategy for the team because of Impact’s individual leads. However, it was also difficult for Cloud9 to start or even take 5v5 fights without their best player. As a result, Cloud9 has begun allowing Impact to decide when teamfights start, either through Teleports or conventional flanks. This strategy has synergized well with the team’s use of long-range picks, including pocket picks such as Jensen’s Vel’Koz or Meteos’s Zac that can follow up on Impact even when he is coming from far away or at a weird angle. This style of play allows Cloud9 to fully showcase their best player and has caught opposing teams off-guard, and the team should look to continue playing this style at the World Championships.

Another one of Cloud9’s big weapons is Jensen’s diverse champion pool and his willingness to pull out surprising counterpick champions. During last year’s World Championships, Jensen used a dangerous pocket Veigar to provide zoning and burst damage for the team’s successful fast push compositions. During the playoffs this year, Jensen brought out a Vel’Koz counterpick to outrange Cassiopeia. Although Jensen lost using Vel’Koz in both games, he played respectably on the pick itself. Even knowing that Cloud9 has a counterpick prepared usually throws off the other team’s draft phase, so Jensen should continue to stress other teams by using his wide champion pool.

Jensen’s ability to play many champions will likely become particularly relevant at Worlds, because it looks like new picks will arise due to nerfs to former metagame stalwarts. Most analysts, including Joshua “Jatt” Leesman, agree that Jayce will become a powerful pick this Worlds due to his repeated buffs. His damage-heavy style could be a good fit for how Jensen plays. Even better, Jensen was a reluctant Vladimir player during the Summer Split. In fact, he didn’t play the champion at all in the Summer Split during the regular season, playoffs, or gauntlet, even though he had a respectable Vladimir in the Spring Split. With the one champion Jensen doesn’t play seriously nerfed in time for Worlds, Jensen will have even more space to shine. One of the best ways for Jensen to emphasize his unique strengths over his opponents will be for him to experiment with new picks and catch the opposition off guard.