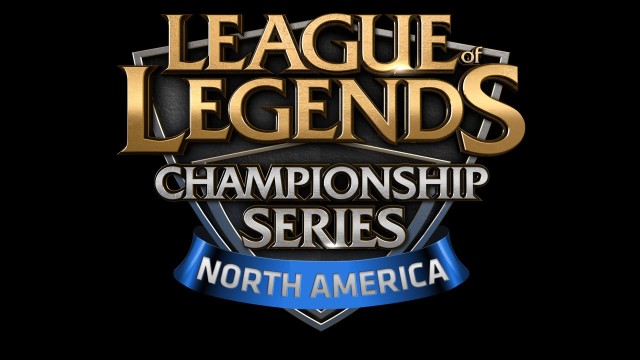 Cloud9 entered the North American gauntlet looking like the heavy favorites to qualify for the World Championships. By the end of the weekend, Jung “Impact” Eon-yeong and his teammates had firmly established their dominance over the rest of North America. To Cloud9, Team SoloMid, and Counter Logic Gaming, the time before Worlds will be an exciting time of possibility and improvement. But for teams like Team Liquid, Team EnVyUs and Immortals, their off-season has already begun. Here’s how the other gauntlet teams can improve their chances of qualifying for Worlds next year.

Even back on their days as Team Curse, Team Liquid has struggled to hold on to their star players and keep building on their previous successes. This season was no different. Although TL almost beat the eventual champions CLG in the Spring Split semi-finals, they would disband their promising core of Chae “Piglet” Gwang-jin, Matthew “Matt” Elento, and Joshua “Dardoch” Hartnett in the Summer Split due to personality conflicts. Team Liquid never really found their footing after replacing Piglet with Jovani “Fabbbyyy” Guillen, as a big part of their Spring Split strategy involved leaving Piglet to 1v2 as Matt roamed on champions such as Bard and Alistar. Things turned from bad to worse when Dardoch was also removed from the team. Although mid-turned-jungler Lyonel “Arcsecond” Pfaender actually put up some fairly impressive performances against nV in the gauntlet, the team’s lack of carry firepower and late game strategy led to a disappointing sweep at the hands of Shin “Seraph” Woo-yeong and his teammates.

Right now, Team Liquid needs to re-evaluate their line-up and build a solid system around their only remaining player from their Spring Split trio – Matt. A lot of fans may scoff at the idea of Matt as a foundational star, and they may be right. Between Matt, Andy “Smoothie” Ta, and Vincent “Biofrost” Wang, Matt had the weakest performance out of this season’s rising support stars. However, Smoothie and Biofrost were laning with the two best AD Carries in the league on rosters stacked with two other lane dominant stars. When Matt played alongside his own lane dominant AD Carry in Piglet, he put up impressive performances even though Samson “Lourlo” Jackson and Kim “FeniX” Jae-hoon don’t measure up to the stars that Smoothie and Biofrost got to play with. Matt has definitely shown enough potential that Team Liquid should definitely hold onto him, especially because there don’t seem to be many better options in the league.

Outside of Matt, Team Liquid needs to take a hard look at the other members of their line-up. Neither Arcsecond nor Phil “Jynthe” Vu have shown enough games to make firm decisions on their gameplay, but the team should still hold try-outs to see if they can find other strong options. Liquid has never had a problem picking up talent, so it’s probable that they will find or develop new star players. The big question is whether or not they’ll finally be able to hold onto them.

At the beginning of the Summer Split, Team EnVyUs jumped out to a big lead over the rest of the field. Although this was in large part due to a fairly easy schedule, the team stood out from the rest of the North American LCS due to their innate synergy and cohesion. Top laner Seraph drew map pressure with his aggressive style as Noh  “Ninja” Geon-woo and Benjamin “LOD” deMunck farmed up to deal late game damage. Kim “Procxin” Se-young and Nickolas “Hakuho” Surgent mostly focused on roaming to get the team’s solo laners further ahead. Unfortunately, nV would completely fall apart after their promising start to the split. Some of these problems had been pretty apparent from the start – Team nV just didn’t have the individual skill necessary to keep up with the best teams in the league.

The real disappointment was the collapse of the team’s strategy. Whereas Proxcin’s gank pathing was once firmly directed to the top or mid side of the map, his gameplay became more and more erratic, and he was badly outjungled in the early game by Arcsecond in the Team Liquid series, even though Arcsecond had only been playing jungle for a week. Seraph and Ninja also both looked out-of-sorts and failed to execute their former roles on the team. Seraph began making many of the mistakes he used to make back on his CLG days – specifically, overextending without wards and making overaggressive plays and dying while trying to score solo kills. On the other hand, Ninja was still trying to play the same style he had at the beginning of the season, but the meta had simply passed him by. His poor champion pool and lack of early game pressure left nV at a severe deficit against the rest of the league, and he stood out as the most prominent factor of nV’s metagame issues.

Going into next season, nV needs to improve their understanding of the metagame. This team has shown that they can at least remain competitive with the best teams in the league when they are organized and the meta is in their favor. To move into the next tier in Season 7, nV need to show that they can consistently adjust with each patch.

Immortals: Shore up Side Lane Deficiencies

Immortals came painfully close to qualifying for the World Championships. In fact, their regular season dominance suggests that they may well have the right team for the job. However, Immortals has retained some pretty key weaknesses that keep cropping up against the best teams in the league. Specifically, the erratic play of Heo “Huni” Seung-hoon and Jason “WildTurtle” Tran severely limits the team’s options.

Both Huni and WildTurtle have problems with going over-aggressive in lane. Huni frequently tries to go for 1v1 solo kills in the top lane, but his attempts to force these plays have consistently backfired against the two top-tier top laners of North America, Impact and Kevin “Hauntzer” Yarnell. As a result, he forces Kim “Reignover” Yeu-jin to consistently path to the top side of the map, away from dragon and the bot lane, which leaves bot exposed to TP ganks. In the play-offs, it looked like William “Meteos” Hartman was outplaying Reignover, but it’s important to notice what a big difference the two players had in the top lane. Reignover was forced to constantly path towards the top side, whereas Meteos almost never visited the top side of the map. In spite of this, Impact handily beat Huni in both of their playoff sets!

WildTurtle’s problems are even worse. His poor laning phase means that the team rarely generates advantages in the bot lane on their own. In addition, “Adrian” Ma is almost never allowed to roam away from the bot lane because Turtle frequently overextends for farm in a meta where ADs have high pick potential and teams frequently prioritize bot lane for ganks to pick up the dragon. As a result, Adrian’s roaming is also limited. WildTurtle also needs a lot more teamfight support, which played a big part in Adrian’s decisions to play mages for much of Season 6.

Both Huni and WildTurtle are players who can appear on top tier teams, but they need their teammates to heavily cater to them. This places a very heavy burden on the team’s jungler and support, limiting them and removing many of their possible playmaking options. As a result, IMT has consistently fallen behind the best teams in the early game. Since we have a pretty good idea of where these two players are at this stage of their career, either one of these players (almost definitely WildTurtle) will have to re-invent themselves, or else IMT will have to make a roster swap to make it to Worlds in Season 7.