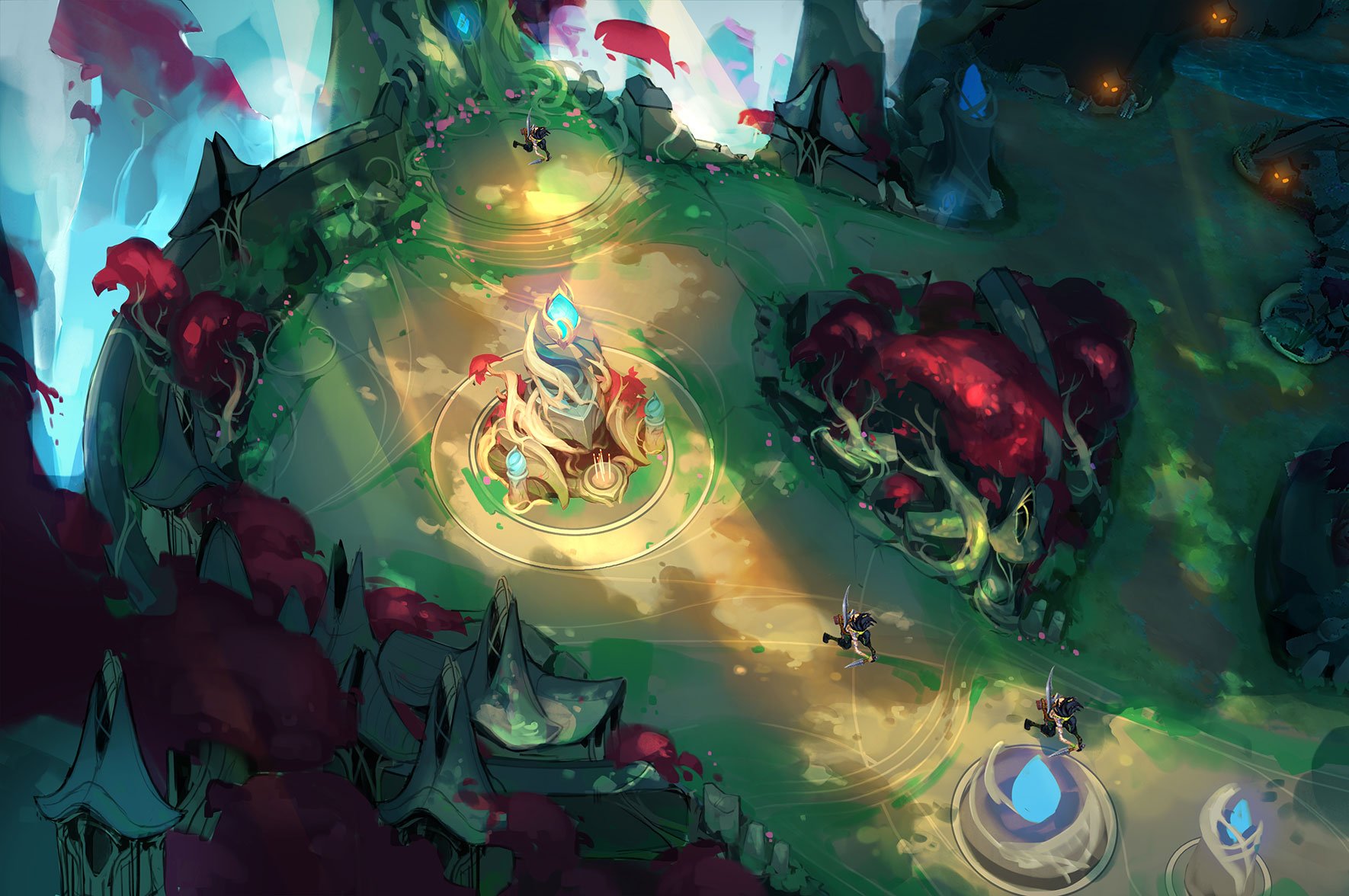 League of Legends’ Nexus Blitz event was the game’s first and only “experimental mode” when it launched in 2018. The temporary game mode is back for a limited time once again, though, from July 23 to Aug. 24.

Nexus Blitz is a two-lane map with a jungle that features random in-game events. These events reward the winning team with power-up rewards and other bonuses, resulting in pandemonium.

Two years have passed since the launch of Nexus Blitz, so new and reworked champions have changed the game mode’s meta. Here are some of the best champs to use in 2020’s iteration of Nexus Blitz.

We know, we know. We don’t have to explain too much about this champion. But if she’s considered to be broken in regular League, she’s even more busted in Nexus Blitz.

Yuumi’s abilities allow her to provide massive amounts of healing throughout the laning and teamfighting phases in Nexus Blitz. She especially shines in the Bardle Royale and King of the Hill mini-games, where her utility allows her to keep her teammates alive when securing objectives. If she jumps onto an allied champion with the On Fire! buff, which provides bonus attack speed, adaptive power, and mana/energy regen, Yuumi can constantly heal and buff her target, preventing them from ever dying.

Overall, Yuumi is a perfect champion for the fast-paced Nexus Blitz game mode. She’s even receiving a buff in Patch 10.15. Just ban her from the enemy team if you can to save yourself some trouble.

Typical Wukong builds focus on the Conqueror keystone in the Precision rune tree. But try using the Dark Harvest or Electrocute keystones from the Domination rune tree instead. It’ll stack significantly faster in Nexus Blitz, allowing you to dish out tons of damage and deliver the killing blow.

Similar to most burst-damage characters, Wukong’s damage output benefits from lethality items. With a movement speed buff from Youmuu’s Ghostblade and tons of damage through Duskblade of Draktharr, Wukong is undoubtedly a powerful champion to choose for Nexus Blitz.

The late-game AP powerhouse Kassadin is another excellent champion to play in Nexus Blitz. With high damage output and good mobility, Kassadin can achieve late-game success much faster in the rapid-fire Nexus Blitz game mode.

Start out by running Dark Harvest as your keystone rune, then rush to build Rod of Ages. As long as you stay even with your opponents, you’ll begin to scale at a near exponential pace. By adding powerful AP items like Lich Bane and Rabadon’s Deathcap to your build, Kassadin becomes nearly immortal for the mid to late-game teamfights.

With gold and objectives accelerated in the Nexus Blitz game mode, champions like Kassadin are truly unstoppable once they get the ball rolling.

For all the players who prefer beefy boys in League, Garen is the perfect champion for Nexus Blitz. The might of Demacia can quite literally use his Judgement (E) ability endlessly if given the right buffs in the game.

There are many build options to take with Garen in Nexus Blitz. For a tankier build, running Grasp of the Undying with items like Spirit Visage and Warmog’s Armor will allow you to constantly heal and be nearly unkillable. You could also try running Conqueror and build attack damage items for high damage output. You’ll spin to win in no time.

This one’s a little bit of a niche pick, but Kog’Maw is still a fun champion to play in Nexus Blitz. Streamer BunnyFuFu recently popped off as Kog’Maw in Nexus Blitz with an insane AP build. By rushing Archangel’s staff and Mejai’s Soulstealer, this build gives Kog’Maw plenty of mana to start spamming his ultimate, Living Artillery, over and over.

Try using this ridiculous setup in Nexus Blitz to pump out massive AP damage from a safe distance, especially during Bardle Royale. If you happen to receive the “on fire” buff, you’ll practically be unstoppable.

You can find all the chaotic, fast-paced action in League’s Nexus Blitz when it goes live at 1:59am CT on July 23.